Sweeney-Penn House: At the Heart of Fisher Park 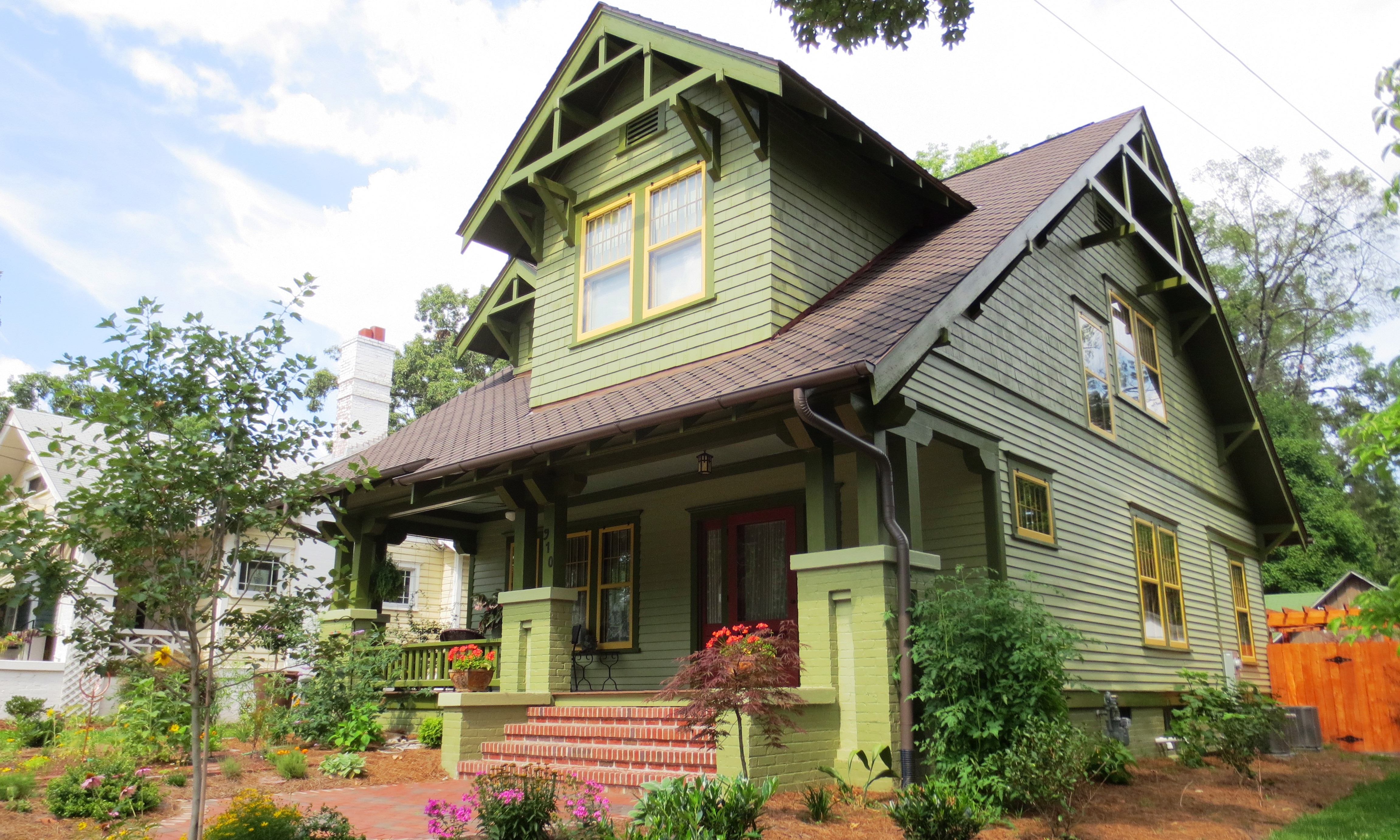 Constructed around 1917, the first occupants of this classic Craftsman-style home were Madge and Roy Sweeney, a traveling salesman. He and Madge owned the home for only 18 months before selling it to Sue and John Thomas Penn. Penn was Vice President of Southern Atlantic Lumber Company, a wholesaler of North Carolina Pine and Oak with offices in both Greensboro and New York City. By 1921 the home changed ownership once more, this time to Emily and Charles McIver. McIver’s father was the founder of the University of North Carolina at Greensboro.

The house stands in the heart of the Fisher Park neighborhood, one of North Carolina’s premiere streetcar suburbs. It contains about 2,000 square feet of space including a large living room, dining room, and three bedrooms. The house fell into disrepair in the 1990s when its elderly owner was not able to keep up with maintenance. After her death, the house was placed under a Demolition Order by the City of Greensboro.

The Preservation Greensboro Development Fund (Revolving Fund) stepped in to assist the owners by clearing up issues with the estate that prevented the sale of the property, and identified Cheryl and Tracy Pratt as qualified buyers. The couple acquired the home with a preservation easement attached to the deed to preserve the property’s most outstanding features such as the home’s carpentry and prevents future demolition. Cheryl immersed herself in all things Craftsman to learn more about the house, and her husband Tracy, a registered architect, began drafting plans. Restoration began in 2012 and was completed by March 2013. Historic Preservation Tax credits were utilized for this project.

The couple maintained the original main-level floor plan including the living room with a fireplace and a dining room with a window seat and battered post columns. The kitchen was expanded and the backyard saw the addition of a small storage structure that mimics the architectural features of the main house. Upstairs, the three bedrooms were maintained, with under-eave space captured for a spacious second bathroom and closet space.