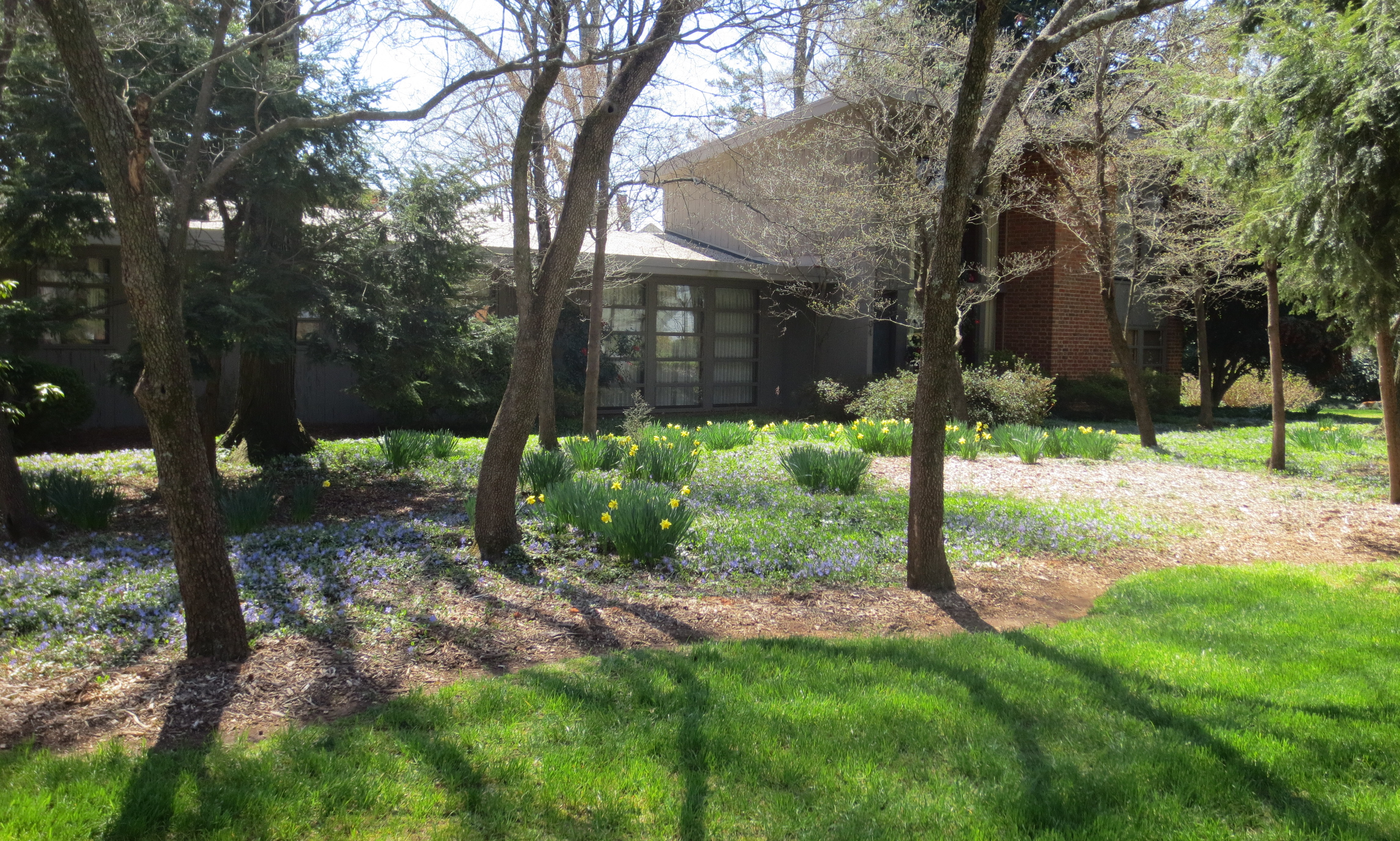 One of Greensboro’s best examples of Mid-Century Modern style architecture, designed by architect Edward Loewenstein for clients Katherine and Sidney Stern, has been preserved.

The preservation easement was recorded in February 2013

The Katherine and Sidney J. Stern House was built around 1955-56 to designs drawn by Edward Loewenstein. One of Greensboro’s best examples of Mid-Century Modern style architecture, the house features a butterfly roofline, large windows to admit natural light, cypress siding, and hand-made brick. Preservation Greensboro was recently granted a preservation easement on this important home that will provide for its protection from redevelopment and remuddling.

Katherine “Kay” and Sidney Stern chose Edward Loewenstein (1913-1970) to build their home because he was a family member by marriage, but the couple also celebrated his reputation as a progressive designer. Loewenstein was a native of Chicago and graduated from MIT with a BA in Architecture in 1935. He moved to Greensboro, the home of his wife Francis Stern and established a design practice in 1946, and in 1953 began a flourishing partnership with Robert Atkinson to form Loewenstein-Atkinson. From 1953-1955 he served as president of the North Carolina Architectural Foundation. Loewenstein also collaborated with Sarah Hunter Kelly (1896-1982), a New York interior designer. She partnered with Loewenstein on several residential commissions including the house.

Sidney Joseph Stern was born in 1914, a native of Greensboro who grew up in a Craftsman bungalow on Magnolia Court in Fisher Park. He graduated from the UNC Law School around 1938 and made a career of specializing in business and corporate law. He is remembered for his contributing to the United Way, and his leadership with the Coliseum Commission and with Temple Emanuel on Greene Street.

Kay Stern a native of Wilmington. Married in 1948, and the couple immediately lived in Greensboro. Lived in Westover Terrace Apartments, and from there moved to a family house on Elm Street in Fisher Park, from there moved to Nottingham. Bought land from Herman Cone. Mr Stern passed away in 1991. Three children were raised in the home. Ed Loewenstein was a cousin by marriage and his home was completed in 1953. The Sterns were excited by the design of the Loewenstein home, and served as inspiration for its design. Materials reflected Kay’s interest in North Carolina history. Walls are constructed of hand-made brick manufactured by Shenandoah Brick of Virginia (suppliers of Tryon Palace) are laid in the traditional Flemish Bond. Use of cypress paneling is inspired from neighbor Walter King’s home on Cornwallis, and served as a “down east” touchstone. Modern features such as the butterfly roof allowed for a great deal of light, and Wilkinson’s Steel on Lee Street manufactured a “floating” staircase. The use of double front doors was done to be most welcoming, and sliding doors to the back yard brought the outdoors, indoors. Interior designer Sarah Hunter Kelly of New York was selected to orchestrate interiors based on her trademark style that blended eclectic historic and innovative modern furnishings.

In 2016 the house was opened as part of Preservation Greensboro’s Sixth Annual Tour of Historic Homes & Gardens in Irving Park.

A Preservation Easement is a legal agreement between a property owner and the Preservation Greensboro Development Fund that protects the Stern House as a significant historic and cultural resource in perpetuity. Preservation easements are recognized as the strongest and only perpetual protection available for historic properties. The donation of a preservation easement by Humphrey is a commitment to the permanent protection of the significant historic property. Since the easement is attached to the deed, it binds future owners of the property as well.

“The Stern House is an incredible property,” says Benjamin Briggs of Preservation Greensboro, “because it blends the historic with the futuristic. Kay is a great preservationist, and the use of native materials in this house makes it a true North Carolina Mid-Century Modern house. We are so pleased that Kay donated a preservation easement in recognition of this wonderful family home.