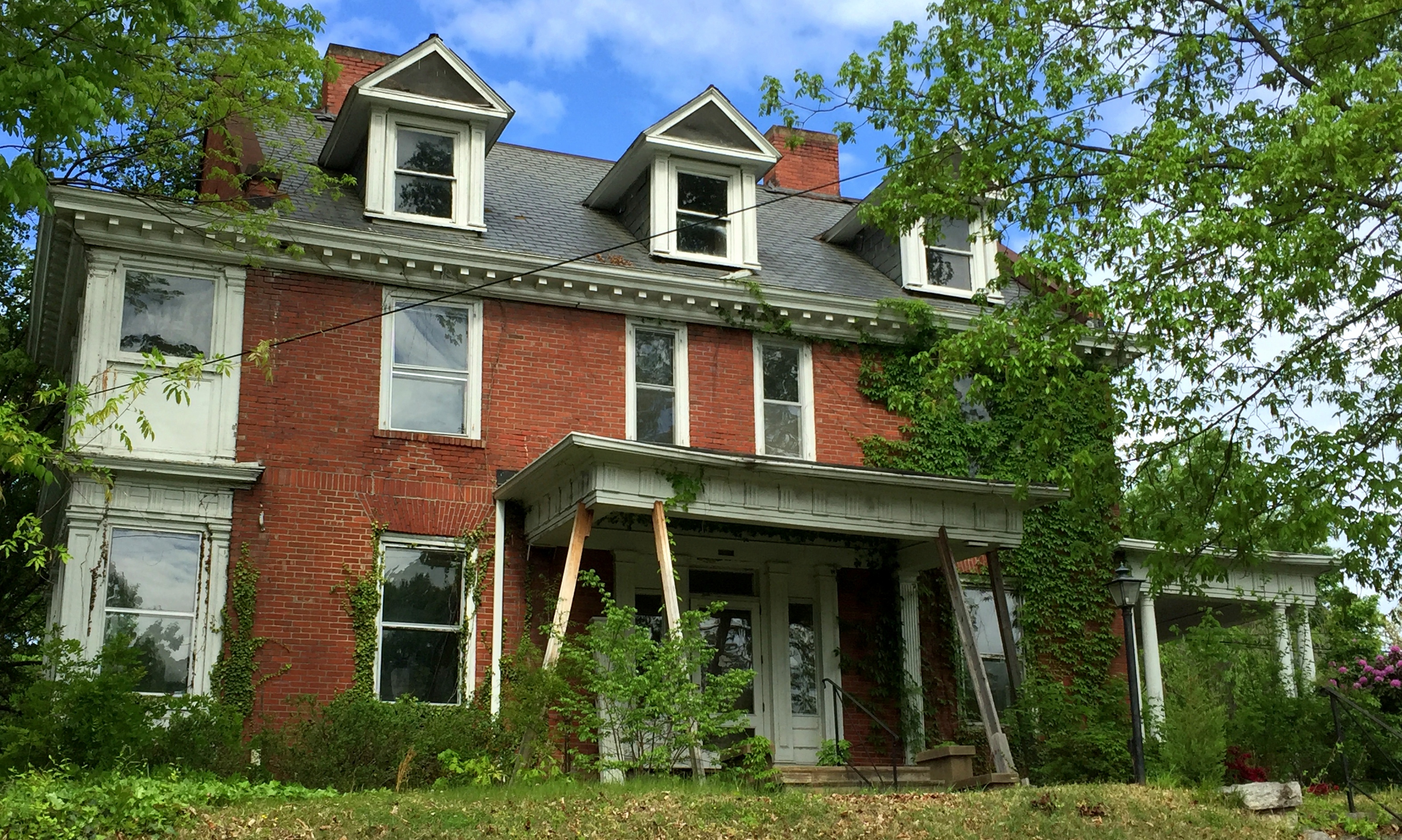 This property was sold in June 2018 for restoration and extended use as office space.

A classic Fisher Park Colonial Revival house has been purchased by the Preservation Greensboro Development Fund in order to save the structure from destruction, and to see it restored.

The house was built by the Leak family in 1913, and was designed by one of Greensboro’s esteemed architects J. H. Hopkins. It has been vacant for the past ten years, and has been the victim of neglect. It is more memorable for the temporary supports that buttress the front porch, than for its architectural presence.

The Greensboro Patriot reported in 1912 that “Mr. Frank Leak will erect a handsome residence on North Elm, near Hendrix street”. Plans for the house are not dated, but indicate the architect as J. H. Hopkins. Hopkins was a leading architect in the city between 1905 and 1920, when he designed several prominent commercial structures along with private residences. A native of Baltimore, he also spent time practicing in Florence and Sheffield, Alabama and in Tennessee. He is most remembered in Greensboro for his design of the Dixie Building and the McAdoo Building, both of South Elm Street. The Leak House is a rare extant survivor of his residential body of work.

The house has been vacant for almost a decade. Earlier this year it was sold through foreclosure. The Preservation Greensboro Development Fund acquired the property in order to eliminate destruction of the house as an option for redevelopment of the site. The house will be sold with a rehabilitation contract and a preservation easement. The rehab agreement will outline the scope of the project along with a timeline for completion. This will guide restoration planning and assure that the house will be completely restored. The easement will guide future restorations in terms of design and materials. It will prevent inappropriate alterations to the design and destruction of key architectural features such as mantels and moldings, and will be attached to the deed for the property.