Fisher Park Home with a Preservationist Past For Sale 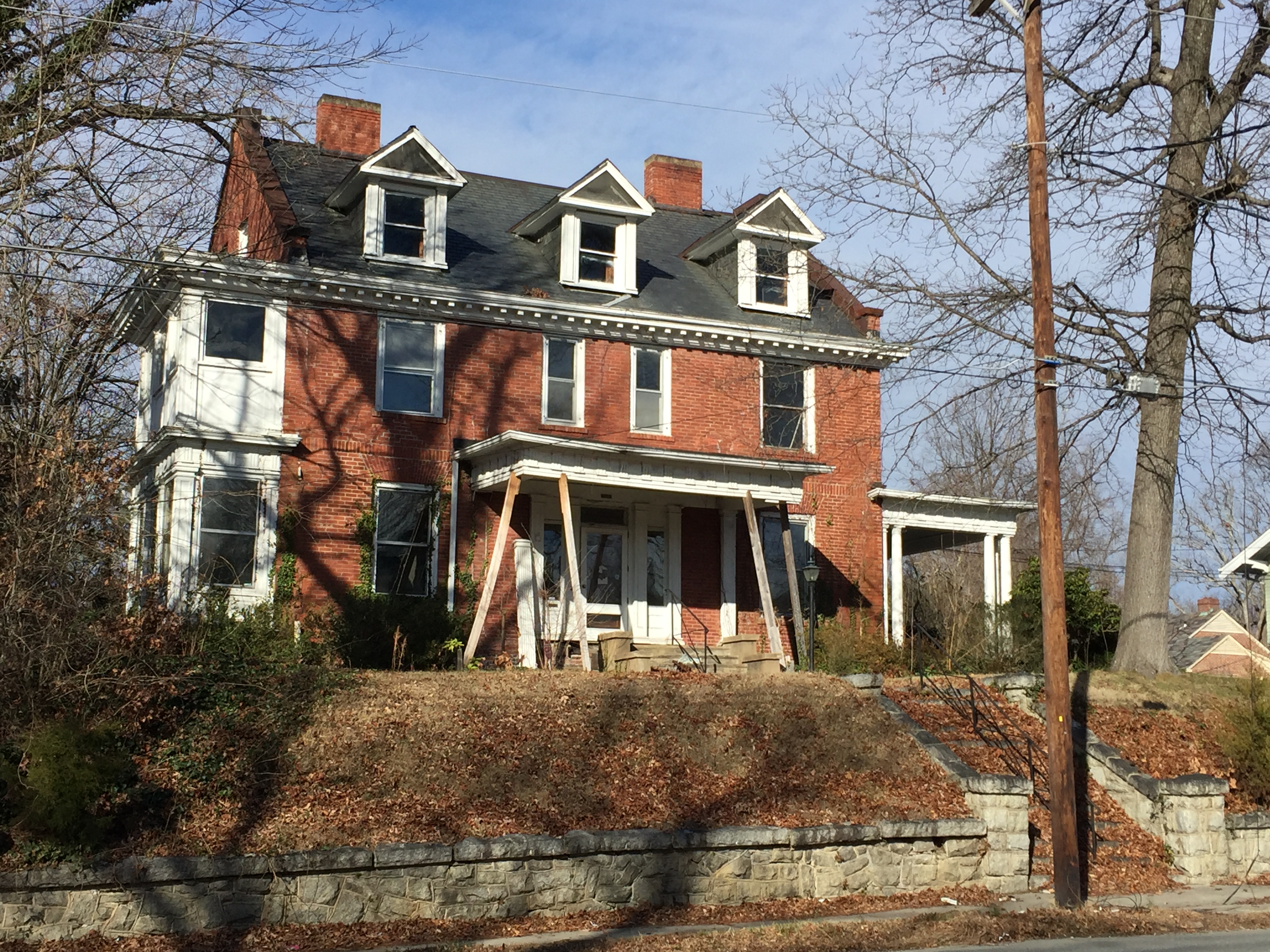 A classic Fisher Park Colonial Revival house has been purchased by the Preservation Greensboro Development Fund in order to save the structure from destruction, and to see it restored.

The house was built by the Leak family in 1913, and was designed by one of Greensboro’s esteemed architects J. H. Hopkins. It has been vacant for the past ten years, and has been the victim of neglect. It is more memorable for the temporary supports that buttress the front porch, than for its architectural presence. Currently subject to option, the property is potentially available as of June 15.

Minnie Lyon and Frank Leak were married at 9:00 p.m. on September 11, 1901 in the First Presbyterian Church with nine attendants and eight groomsmen. Two hundred guests filled the sanctuary as Dr. Egbert Smith officiated the event that was festooned with white blossoms, ferns, and pink ribbons. After an evening reception catered by the famous Raleigh caterer Dughi, newlyweds boarded a train bound for Niagara Falls. The couple had two children, Mildred and Mary Lyon. Mary Lyon later married Arthur Caine, and in 1966 she was the first president of Preservation Greensboro. Mary Lyon’s daughter, Anita Caine Schenck, also grew up in the house, and she too was deeply involved with leadership of Preservation Greensboro.

Plans for the house are not dated, but indicate the architect as J. H. Hopkins. Hopkins was a leading architect in the city between 1905 and 1920, when he designed several prominent commercial structures along with private residences. A native of Baltimore, he also spent time practicing in Florence and Sheffield, Alabama and in Tennessee. He is most remembered in Greensboro for his design of the Dixie Building and the McAdoo Building, both of South Elm Street. The Leak House is a rare extant survivor of his residential body of work.

The family reported themselves as residing 909 North Elm in the 1915-16 City Directory. The house is a handsome brick Colonial Revival, touching academic references of the Virginia Tidewater with a symmetrical façade, a central porch and side porches topped by Chippendale balustrades, a magnificent modillion cornice, three dormer windows and a parapet side-gable roofline.

The Preservation Greensboro Develoment Fund is a sister organization to Preservation Greensboro. The Fund provides service to the community through a variety of legal interests. It works as a “revolving fund”, a pool of capital created and reserved for historic preservation activities – with the condition that the money will be returned to the fund to be reused for similar activities in the future. Properties sold through the Fund hold a preservation easement that will protect significant architectural features into the future. Preservation Greensboro has assisted in the restoration or conservation of properties in the Greensboro neighborhoods of College Hill, Southside, Cedar Street, Fisher Park, Glenwood, and Irving Park. Additionally, the Fund has assisted in planning efforts in the Summit Avenue neighborhood and Southside. It has served communities throughout Guilford County including Whitsett and High Point.