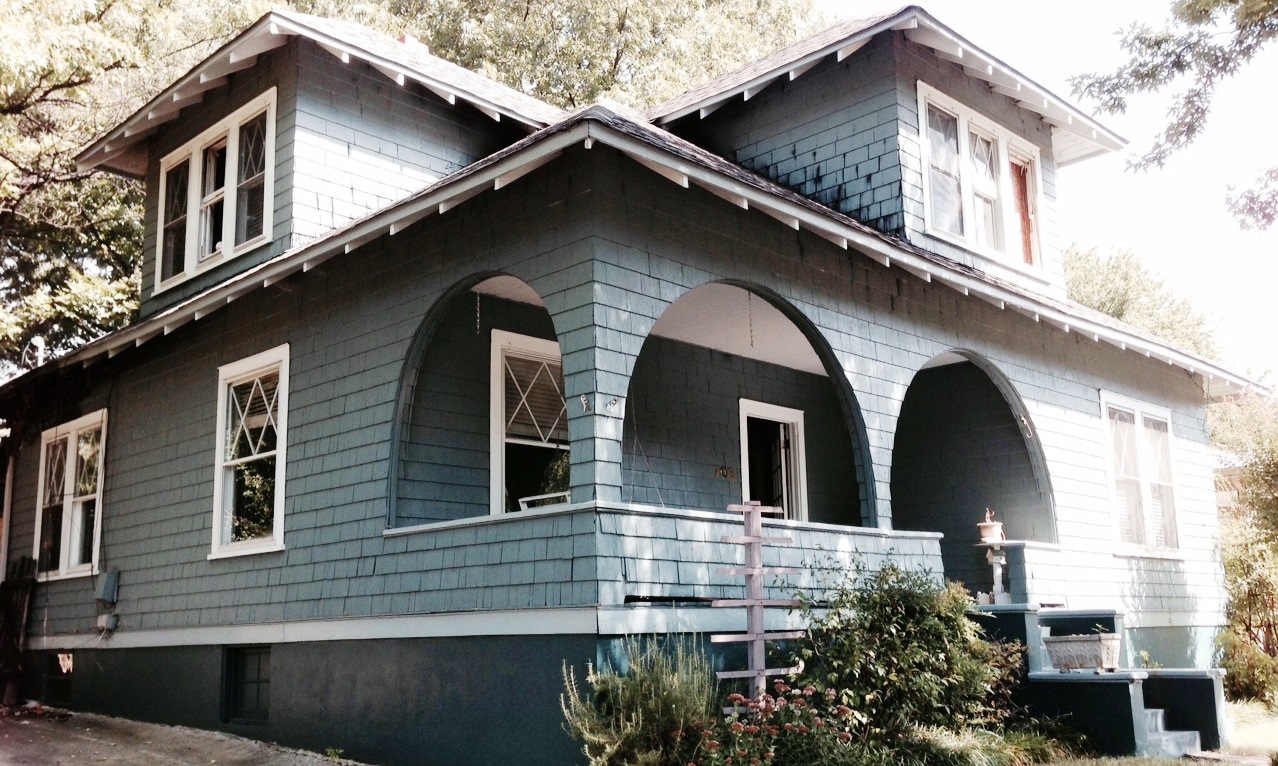 A fire damaged home in one of Greensboro’s oldest neighborhoods will get a new lease on life. The home will be acquired by Pam Frye, a veteran general contractor and associate of Chaney Properties with experience restoring homes in Greensboro’s historic districts.

On April 14th of this year, the charming bungalow in the Summit Avenue/Aycock Historic District sustained damage from a fire. The mid-day fire was focus to the rear of the property, but smoke and water damage occurred on a broader scope. The house was the home to Brenda and Harold Brown, and the family’s insurance company balked at the task of repairing the damage. Neighbors worried that the house would be destroyed rather than be restored.

Katie and Robert Denny were the first occupants of the house, located at 703 Fifth Avenue in the heart of today’s historic district. Denny was a clerk at Arctic Ice and Coal Company, and his children Bessie, Charles, Edwin, Kathleen, and William shared the home. The house was erected around 1920 and was designed with a number of architectural themes of late-nineteenth and early-twentieth-century styles. Its façade features a porch with rounded arches that recalls the Richardsonian Romanesque style, and its continuous wood-shingle walls relate to the Shingle style. The house features distinctive diamond-paned windows and exposed rafter tails that harken to the more contemporary Tudor Revival and Craftsmen styles, respectively.

The Denny House is a pivotal property in the historic district. Its distinctive style overlooking the corner of Fifth and Yanceyville streets sets a tone for the entire community. Loss of the house would have left a gaping hole in the neighborhood fabric. The home’s restoration will continue a wave of investment and rehabilitation enjoyed by the neighborhood for the past several years. At least a dozen properties have experienced major reinvestment there since 2010, and more transformations are planned.

Pam Frye will restore the property and market the distinctive property as a single family home. Few in Greensboro are better qualified to take on such a project – she has most recently restored two properties on Olive Street in Fisher Park, and has received numerous awards from Preservation Greensboro for transforming homes in historic districts. She specializes in properties that suffer from deferred maintenance and investment.

All improvements to the home’s exterior must gain approval from the Greensboro Preservation Commission, a volunteer quasi-judicial board that holds jurisdiction over the city’s three historic districts. Approval for alterations and improvements is received through a Certificate of Appropriateness, and no contributing features such as the arched porch, shingle siding, or diamond-paned windows can be removed or destroyed. Interior appointments such as kitchen, bath and mechanicals will likely be updated and replaced. Frye has a reputation of moving swiftly, the restoration is scheduled to be completed by the holidays.