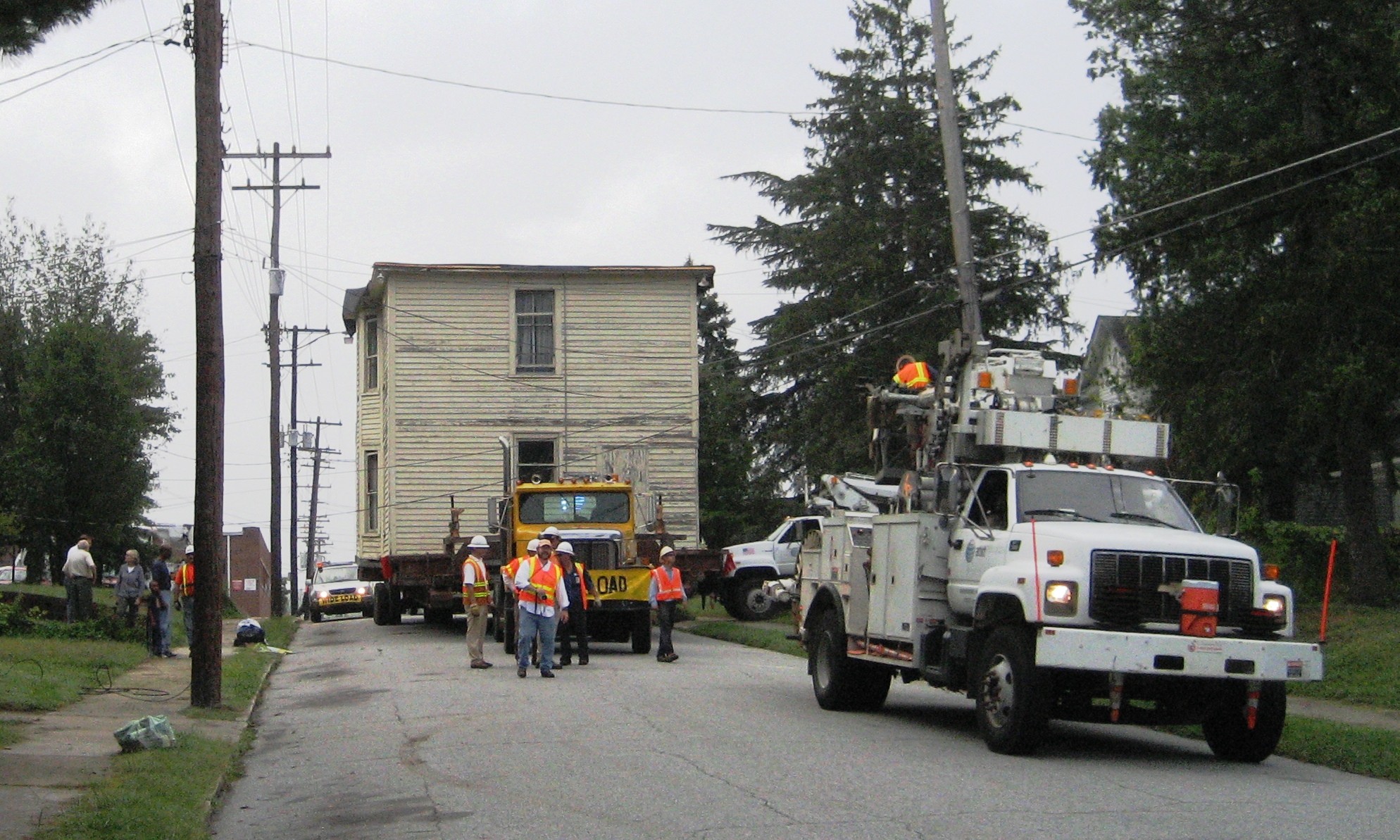 This home was purchased in 2009 and completely restored.

Originally located at 220 Blandwood Avenue, this charming Queen Anne-style house was originally located on land identified for expansion of a new county jail in 2008. The two-story frame structure was in good condition and its narrow form was suitable for relocation to a narrow urban lot.

The home was built around 1906 alongside a mirror image next door at 222 Blandwood Avenue. Both were likely built as investment properties. The house was first occupied in 1906 by Esther E. Lamb Barker and her five children.

Barker was a native of Randolph County where her father owned a farm on the banks of the Deep River. She was raised in Marlborough Friends Meeting, and she attended school at New Salem and later at Providence Academy. In 1875 she married Benjamin Barker, and the couple managed a farm where they conceived their children Paris, Gurney, Arminta Ann, Eli, and Effie Margaret. Benjamin died in 1890, and Esther remained the primary support for her young children. In 1906 she relocated the family to Greensboro and briefly rented a small home on Sycamore Street before moving to Blandwood Avenue. Her sons Paris and Eli partnered to establish “Barker Brothers”, a retailer of typewriters and picture frames nearby at 118 West Market Street. Paris was killed in an automobile accident in 1917, a tragedy from which Esther never seemed to recover. In 1919 Esther and her son Eli relocated to a small home at 511 Simpson Street near  Fisher Park.

The house remained an unusual surviving example of an early center city residence as the city grew up around it. In the 1960s it was purchased and preserved by Henry and Virginia Zenke. The couple preserved Queen Anne-style features such as turned porch posts with sawn and turned brackets, a cutaway bay window, and a stained glass attic window.

Under the direction of the Preservation Greensboro Development Fund, the structure was carefully relocated to a new site on Cedar Street in the fall of 2009. In its new location, it is suitably located within a cluster of late nineteenth and early twentieth century homes. It was restored and remains a residence today.

A Review and Appreciation for the Past Year
December 15, 2020

The Christian Advocate Building at 429 West Friendly Avenue
April 26, 2019
Please Join Us!
Did you know? As Greensboro’s only not-for-profit advocate for historic preservation, we receive no funding from city, state, nor federal sources. Our success is based on your support. Members receive two free passes to Blandwood, and much more. Preservation Greensboro is among North Carolina's oldest city-based organizations dedicated to saving our community's architectural treasures!
Join Us!
Go to Top
Loading Comments...