The Secrets of Kirkwood 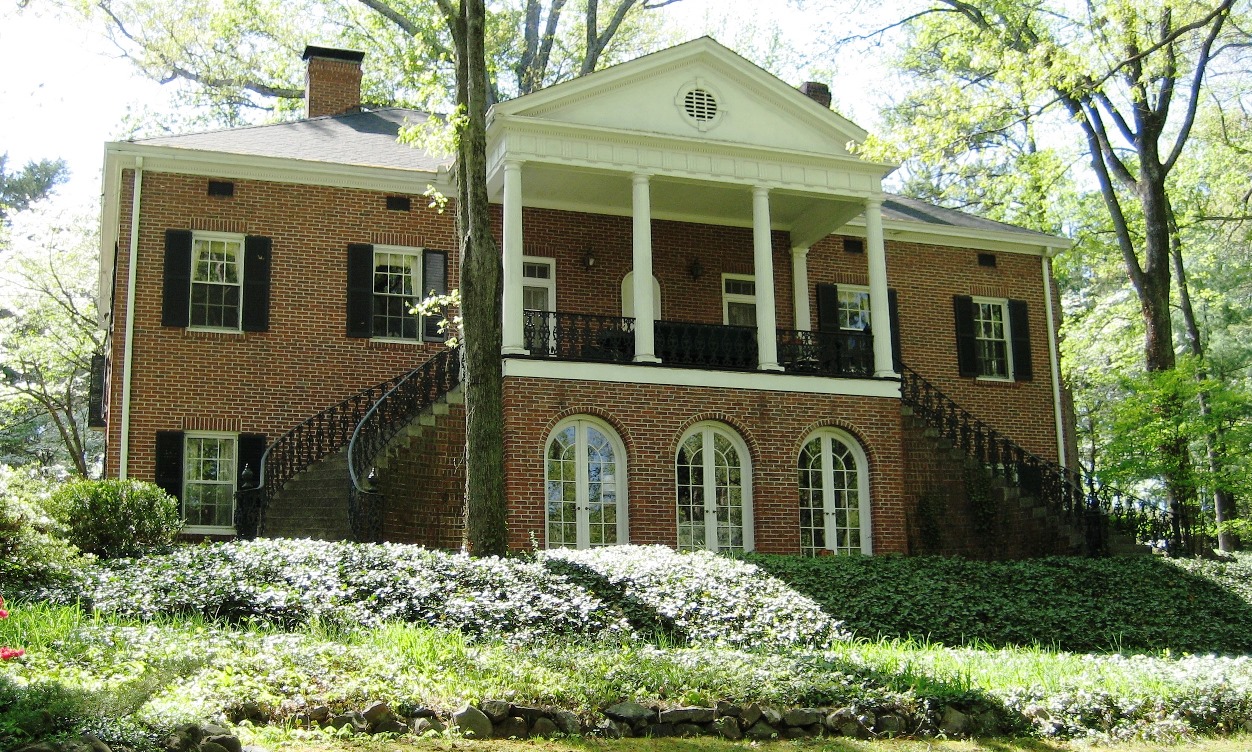 Development of neighborhoods north of Cornwallis Drive began during the roaring 20s, and spurred by the success of Irving Park to the south. One by one, small family farms were developed as subdivisions, including the 116-acre D. A. and Effie Kirkpatrick farm in 1923. The Kirkpatrick farm became Kirkwood, featuring patriotic names such as Liberty, Independence, and Colonial given to gridded streets with deep lots. A similar cluster of gridded streets was platted to the southwest – composed of streets with bucolic names such as Lawndale, Fernwood, Dellwood, and Fairfield (image, upper right).

Both neighborhoods had little time for development before the stock market crash of 1929. For over a decade, streets remained largely undeveloped. Interspersed among the unbuilt lots were notable houses constructed just before the Great Depression began. Among these houses was the home of Lucille and Joseph Holt, located at 2000 Dellwood Drive.

The Holt House (image, right) was built in 1927-28, by Alabama native Joseph Holt and his first wife Lucille. Holt is remembered for his leadership in Home Federal Bank; Lucille is remembered for her petite form and flaming red hair. Both Holts were well connected to Greensboro’s social scene in the late 1920s and 1930s, hosting elaborate parties in a log cabin on the grounds of their home that were followed by dancing into the night.

As Alabama natives, the Holts asked Greensboro architect Harry Simmonds to design a residence evocative of the Gorgas House on the University of Alabama campus in Tuscaloosa (image, right). The original Gorgas House was built in 1828 as a dining hall for students. In the 1840s it was converted into a faculty residence, and after the Civil War it became the home of Josiah Gorgas, a Confederate general and seventh president of the University. The house was designed by architect William Nichols, who also won commissions in the Raleigh area. Greensboro’s Holt House replicated the delicate descending stairs, portico, and symmetrical facade of the original Gorgas House.

With its period style, the two-story Holt House is illustrative of growing interest in historic preservation and early American architecture in the 1920s. As the Holt House was being erected, conservation efforts were just beginning to gain momentum in Williamsburg, VA and Charleston, SC. In addition to the recreated

Gorgas House design, the Holts acquired architectural elements from throughout the Old South to compliment their project. Wrought iron elements found on the front and rear verandas were purchased from historic homes being destroyed in Baltimore, MD. Doors used in the house were found in Richmond, VA. Historic sites in Alabama supplied the salvaged fountain in the yard and fireplace mantles.

The grounds of the Holt’s home were equally sumptuous, incorporating an entire block of the new subdivision. The Holts preserved the mature oaks and poplars on the property, and beneath the trees they planted extensive azalea gardens. A stream was impounded to create a pond and swimming hole. To the rear of the property, a rustic-style log house was erected for lavish dinner parties and late-night dances.

Happy times ended with the passing of Lucille Holt around 1950. Holt remarried, this time to Emmaline (married nine times, he was number seven!). Joseph Holt passed away in the late 1960s, and Emmaline moved to Florida.

In 1966, the home and grounds were purchased by Laura Dean and Lawton Gresham, who selected Clyde Elrod to orchestrate renovations of the house. As a seasoned building contractor, Elrod knew the significance of the site, and guided the Greshams in preserving the most important attributes of the property. Today, the house looks much as it did when they purchased the property over forty years ago.

With their growing appreciation for historic preservation, the Greshams soon embarked upon a new project for the grounds of the historic Holt Home. Visiting downtown Greensboro in 1976, they became aware of the destruction of the old Major Stedman House on McGee Street for today’s Weaver Center. The grounds of the Stedman House contained a small cottage that dated to 1870. The cottage was said to have been built for Major Stedman’s aged manservant, who was too respected to be turned out upon being awarded his freedom after the Civil War. The cottage had been used as a tea and lunch room in the 1960s by preservationist Helen Miller. The Greshams acquired the Stedman Cottage and saved it from the bulldozers by relocating the Victorian structure to their Dellwood property. There, it was preserved as a guest cottage.

The Holt House and Stedman Cottage remain well-preserved landmarks in today’s Kirkwood neighborhood. Both remain benchmarks in Greensboro’s preservation movement and represent local examples of national trends in conservation. The property is an important reminder that all neighborhoods contain history that is more than skin deep. Our challenge as a city is to understand the significance of these historic sites before they are lost to bulldozers and redevelopment. Kirkwood, it seems, is home to one of Greensboro’s most treasured places.