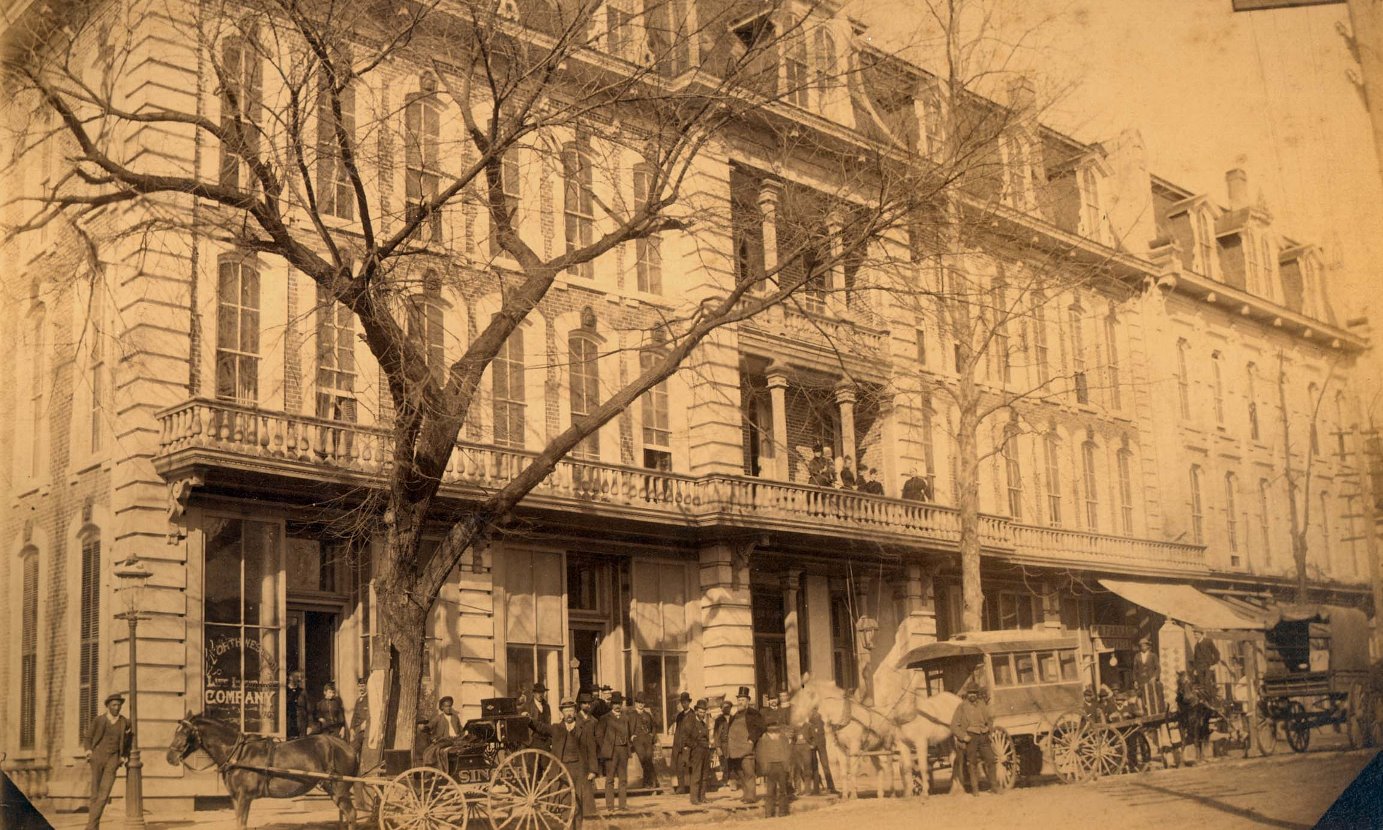 In the economic devastation that followed the Civil War, Greensborough’s reputation as a city of comfortable hotel accommodations was badly bruised. Earlier fine hotels such as the Southern Hotel on West Street and the Planter Hotel on East Street were becoming worn and did not meet the improved standards set by wealthy northern industrial and port cities.

In recognizing the diminished state of Gate City hostelries, Dr. D. W. C. Benbow erected Benbow House one block south of Court House Square on South Street (South Elm Street). The hotel was built at a cost of $40,000, a lofty sum during the Reconstruction Era. The Benbow opened with great fanfare in late May 1871, featuring a dedication speech by former New York Governor David Hill, and former North Carolina Governor Zebulon Vance being the first to register as a guest.

The building was an architectural masterpiece of French-inspired Second Empire style, featuring tall windows popularized in Paris and a diamond-patterned slate mansard roof enclosing the uppermost floor. Classical brick quoins at the corners of the building, balustrades and balconies centered above the front door, a wide modillion cornice, and a chorus line of dormer windows completed the continental European design.

When the hotel opened, an early guest from New York was disheartened to learn that no rooms had private baths. No worries! Upon discovering this inconvenience, he visited Odell Hardware on South Street and purchased a tin bathtub there for $2.50. He returned to his hotel room with his newly purchased tub with the honor of the occupying Greensboro’s first hotel room with a private bath!

Tragically, the Benbow House hotel burned (with no loss of life) at noon on June 17, 1899. By nightfall, only the tall brick walls remained of Greensboro’s prominent hotel. The ruin was purchased by B. H. Merrimon, his wife Nellie S. Merrimon and E. P. Wharton and rebuilt at a cost of $80,000. The facility was rechristened the Hotel Guilford. The new building was even more grand than the original, complete with Wilton carpets, marble floors, and – and private baths! The Hotel Guilford was destroyed around 1930 and replaced with a building occupied by F. W. Woolworths…today under development of the International Civil Rights Museum on South Elm Street.