Planning for Balance in Greensboro 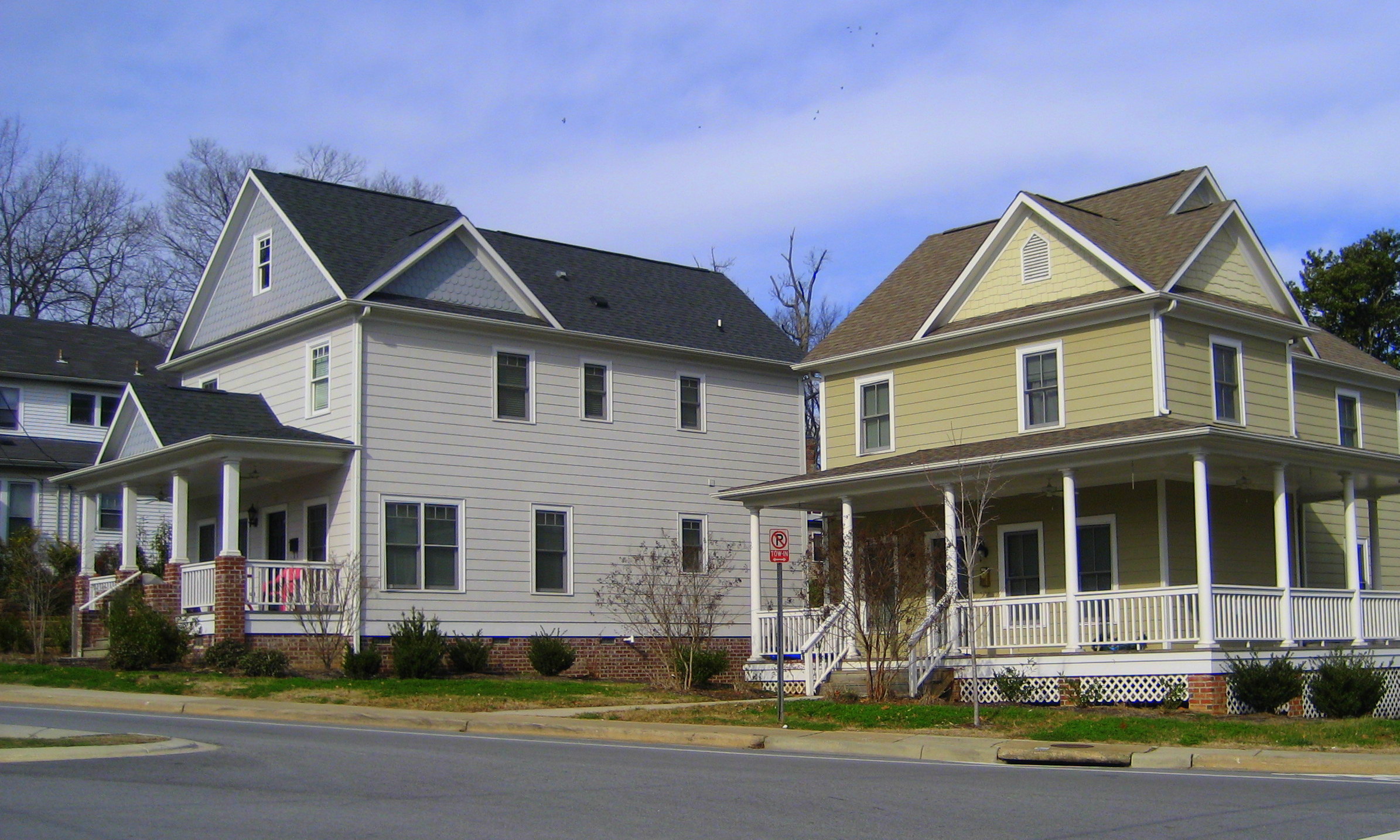 Developers say they are weary of continued neighborhood opposition of infill projects.

Neighborhoods say they need direction and assurance that infill projects will be compatible.

City staff recognizes that both developers and homeowners want to protect their investments.

But where to start?

When the City of Greensboro and constituents* applied for a Smart Growth Implementation Assistance grant from the Environmental Protection Agency Smart Growth initiative last year, they hoped to focus on this issue by creating a design prototype for infill in established neighborhoods that could help mediate future conflicts between concerned parties. The EPA saw merit in that issue, but encouraged those involved to step back think broadly. By thinking more comprehensively, perhaps the EPA could engage stakeholders in a dialog to address all concerns, and assist in facilitating discussions between neighborhoods, developers, and the engine that drives much of central Greensboro’s growth: colleges and universities.

You can’t throw a rock in central Greensboro without hitting a higher institution. They are woven into our fabric like Bedazzler beads in denim. In addition, all of our colleges and institutions are experiencing growth today, and all city leaders acknowledge that Greensboro’s economic growth depends on their future growth. So it makes sense we begin this discussion now and make appropriate plans.

This point is vividly illustrated recently by letters that were mailed to residents of the College Park neighborhood, just west of UNCG. Though the residents were told they were not within the universities scope of expansion as recently as last year, they received letters of interest from the school this week towards purchase of their properties. Instantaneously, plans for repairs and upgrades of homes dried up as the apparent future of these houses is now in question. To say this is damaging to the health of the neighborhood is an understatement.

Hopefully, the timing is right with the EPA and the Smart Growth grant. Representatives from Washington met with city staff, constituents, and university officials on Wednesday and addressed these concerns to each group. They left their meetings with optimism that a solution could be presented to Greensboro residents based from similar issues and solutions in other cities across the nation. Smart Growth strategy, it seems, really can be

Examples abound. The EPA cites Akron, Bethlehem, and Rochester, as benefiting from the economic opportunities nurtured by higher education as well as the collaboration and cooperation between the communities and their colleges and universities. Mississippi State University is often held as a good example of a growing university that recognized off campus growth and the benefits it can have if done carefully. See image of Cotton District (above right). Perhaps Greensboro can learn from these places.

In the meantime, a logical strategy will be developed in coming weeks towards creating a solution by spring. Representatives from TREBIC, the Greensboro Neighborhood Congress, area universities and colleges, and Preservation Greensboro, among others, have brainstormed about the possibilities. This is the kind of collaborative effort that could result in a win for neighborhoods who want planned growth, a win for developers who seek opportunities, and a win for Greensboro’s universities who need to recruit students to a cool and dynamic city.

*constituents include the Greensboro Neighborhood Congress, Preservation Greensboro, TREBIC, and others.