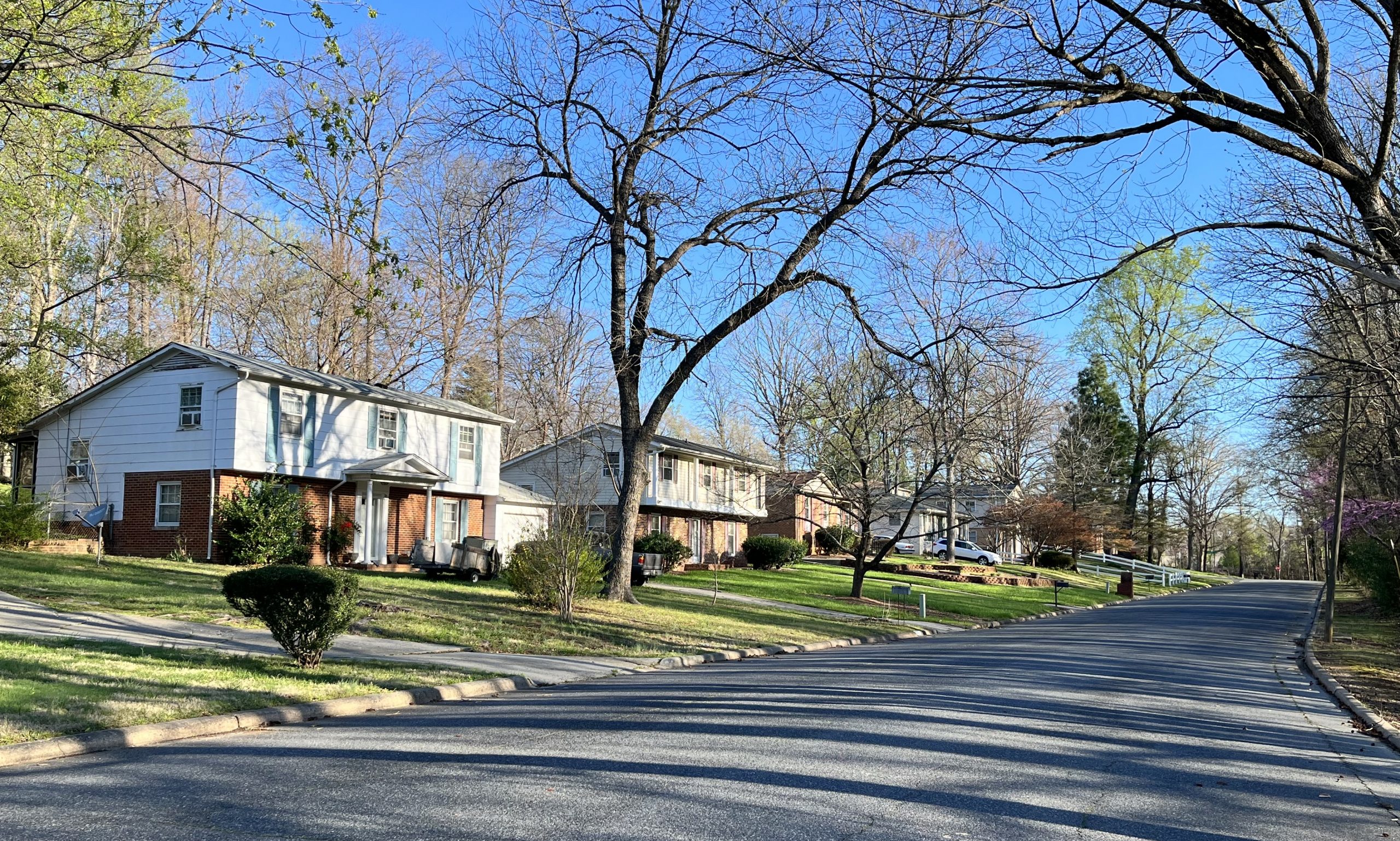 The Random Woods neighborhood occupies a gentle valley located between two ridges marked by Fairfax Road to the west and Merritt Drive to the east. True to Greensboro planning traditions, the stream-side floodplain is occupied by parkland and is bordered by Random Drive. Other primary streets are meandering to follow gentle topography.

The neighborhood was announced on January 4, 1962, by Joseph Koury, president of the Kirkman & Koury Inc. development company. Initially, the $5 million project incorporated a total of 400 building lots on which brick veneer houses were to be erected. Sales prices were expected to range from $11,000 to $15,000, a solid middle-income price for residential properties in Greensboro at the time. However, the project was delayed.

On July 26, 1962, Koury revealed a new plan that expanded development costs to $6 million and 135 acres that were to be subdivided into 450 lots. Joseph Steven Koury (1925-1998) is a Greensboro legend. The son of Lebanese-born parents, Koury partnered with Bill Kirkman in 1952, and the pair constructed more than 8,000 homes across the city. He is remembered as a visionary developer, who saw not only opportunity in the development of commercial properties such as Four Seasons Town Center and Grandover, but he also saw opportunity in providing Greensboro’s rising middle-income Black population with comfortable and stylish housing.

A selection of modern and stylish floor plans were chosen by the developer for the neighborhood, including one-story and split-level variations, some including basements. Most of the houses were to have one and a half bathrooms or two full bathrooms with three or four bedrooms. Architectural styles included ranch, contemporary, Early American, and provincial.

Koury stated in the announcement that the land on which Random Woods was developed was selected because it was readily accessible to the major industrial areas in the southwestern quadrant of the city along Patterson Street Pomona, and High Point Road areas. It was also convenient to shopping areas, including Koury’s own Four Seasons Shopping Center planned for the interchange of High Point Road and Interstate 40.

As houses were constructed in late 1962, purchase prices edged higher, to a range of $12,000 to $16,000, still within the range of moderate-income housing for the period. Promotional advertisements in city newspapers advertised that veterans needed no money down for a special financing package to generate sales. The developer said, “each home has been selected for its unique styling and genuine livability and is constructed by Kirkman & Koury with fresh ideas in home planning that interpret your popular preferences for split levels, basements, carports and many other delightful styles and plans.”

The first houses were completed by Thanksgiving Day 1962. Many were considered “starter homes” for newlyweds and young couples. Amenities such as dens with fireplaces, decks, patios, and spacious lots, and open were often cited as attractive amenities well into the 1980s, as property values surpassed $40,000.

In time, the city grew to expand around Random Woods. Amenities such as the eight-acre Random Woods Park and Alderman Elementary School contributed to the quality of life the neighborhood. High Point Road (now known as West Gate City Boulevard) grew to become the city’s primary retain location by the 1970s.

Today, Random Woods remains a quiet and comfortable neighborhood with steady land values. Most homes have been modified architecturally with replacement windows and vinyl siding, but original housing styles built by Bill Kirkman and Joe Koury can still be discerned along winding streets. In 2022, the neighborhood is the focus of Creative Greensboro’s Neighborhood Arts Residency program as part of the City of Greensboro’s Cultural Arts Plan.