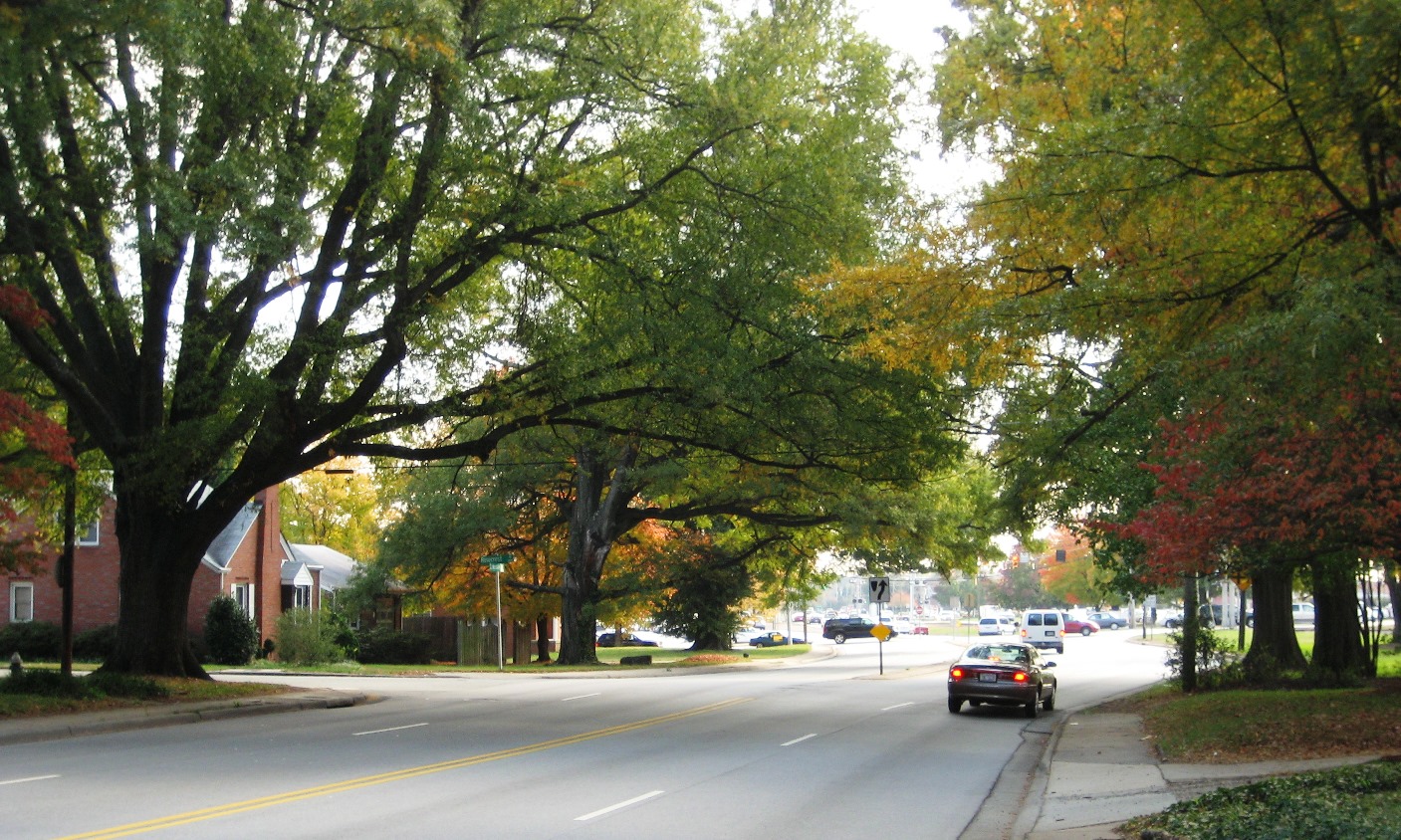 The Greensboro Zoning Commission will hear a proposal (see section L) by Tribek Properties of Charlotte to demolish an entire square block of houses at the intersection of Lawndale and Cornwallis drives for a 14,820-square-foot Walgreens store and townhouses. The project will require rezoning of the block from Residential Single Family use to Planned Unit Development – Infill use. Though technically not infill (infill projects are constructed on urban land previously left undeveloped), the mixed-use project proposes townhouses along with the drugstore and its drive-thru. A high masonry wall of eight (8) feet is planned to separate the two uses.

Many questions remain unanswered about this project, including its impact on traffic at the busy intersection of Lawndale and Cornwallis. A turn-lane will be required on Lawndale that could result in loss of the tree canopy over the thoroughfare. Additionally, some traffic will be routed to the rear residential
Fairfield Street.

Perhaps the bigger story is whether this development will signal a green light for a continuous strip of commercial development the length of Lawndale from Cornwallis north to Liberty Drive. Many in Greensboro recognize this stretch of Lawndale for its grand canopy of Willow Oaks (image right); while others admire one of the Gate City’s last remaining Lustron Houses a block north on Lawndale. The homes are part of the Kirkwood neighborhood, a collection of post World War II houses that have historically buffered the strip development of Battleground Avenue on the west from established housing to the east.

Planning Department staff recommends denial of the project due to its incompatibility with the single family residential character of the neighborhood; possible negative impacts on the neighborhood; the destabilization of the surrounding residential properties; its located at an already congested intersection; and finally, the existence of other “like” commercial services within easy walking distance. The decision, however, will be made by the Zoning Commission members.

The Zoning Commission meeting will be quite active with several other key issues being discussed, including

UPDATE 11/13/07: Rezoning for the Cornwallis/Lawndale tract was denied in a tied vote (a tied vote results in a denial). If the applicant wishes to pursuit rezoning, it will be taken to City Council.