Summit Avenue: On the Road to the Future 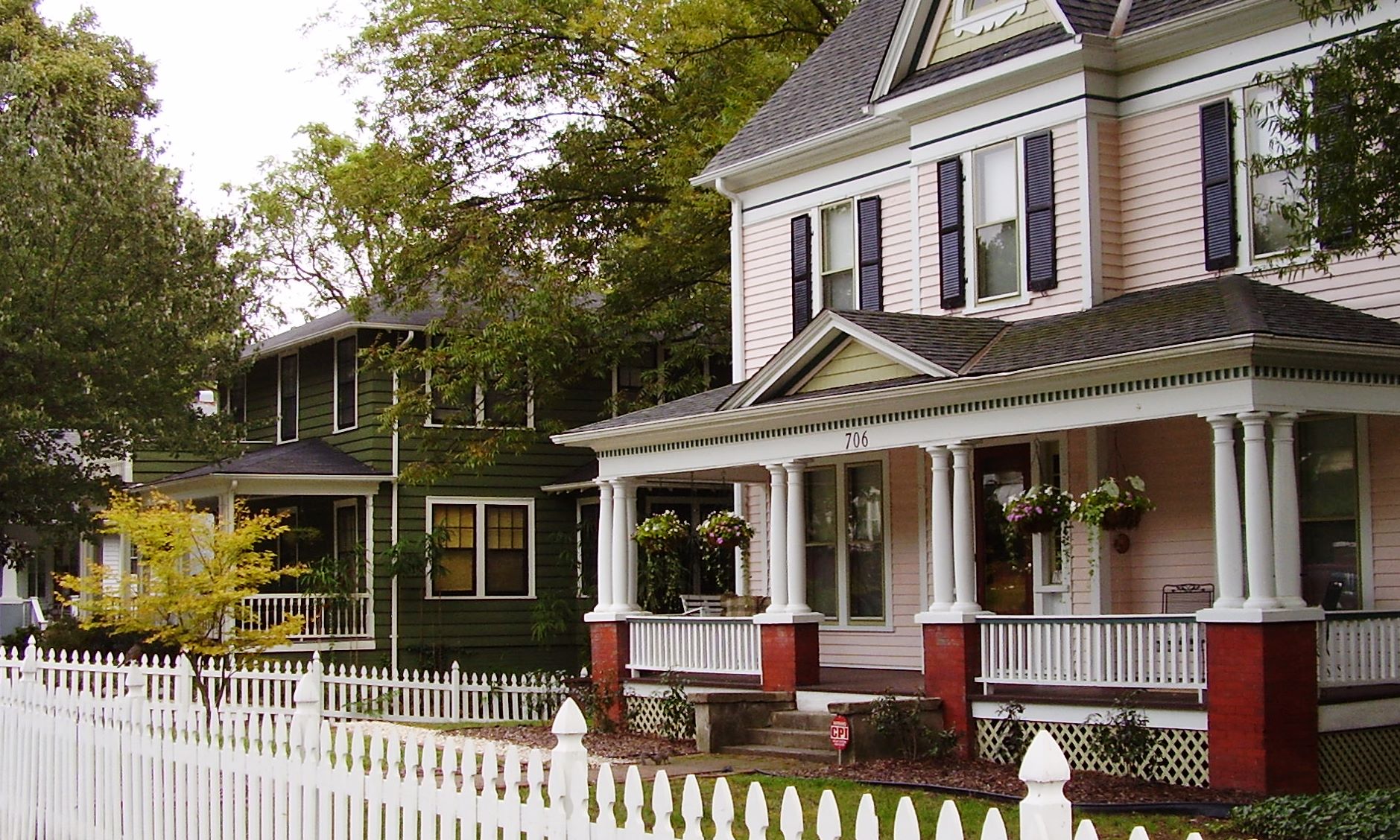 Residents of the Summit Avenue neighborhood represent one of the most diverse historic districts in the city. Twenty-something singles, college professors, artists, and tradespeople live among the early twentieth century homes surrounding the Swann Middle School.

The neighborhood had its beginnings in 1895, when textile magnate Ceasar Cone graded and paved Summit Avenue, a boulevard that connected downtown Greensboro to Cone’s manufacturing facilities. The neighborhood’s central location to downtown and the Cone mills made it a desirable location for city residents, who erected large homes in Queen Anne styles with turrets, porches laced with brackets and spindles, and elaborate window shapes. Later houses follow Colonial Revival and Craftsman influence, yet nearly all houses in the district share broad front porches, mature trees, and generous floor plans.

The neighborhood was rediscovered in the 1970s by artists and designers who sought spaces with large rooms and modest price tags. It was renamed Dunleath after a mid-nineteenth century house of the same name that stood on Chestnut Street until it was destroyed in 1969. Often seen as the funky alternative to “over-the-railroad-tracks neighbor Fisher Park, the Dunleath area has worked hard to progress the neighborhood while preserving its edge.

Aycock residents are nothing if not ambitious. The neighborhood led city-wide efforts to keep major league baseball in their neighborhood in 2003, and developed lofty goals in redevelopment of the Summit Avenue corridor. Defying the perception of historic districts as staid, members of the Dunleath community are quick to point out opportunities for new construction in the form of businesses and residences on vacant land along the Avenue, and their work to reunite their corner of the city with Greensboro’s bustling downtown.

Points of interest include the War Memorial Stadium at 510 Yanceyville Street, constructed as a tribute to veterans of the First World War, and later witness to such legendary ball players as Jackie Robinson, Mickey Mantle, Carl Yastremski, Roger Maris, and Derek Jeter. The Greensboro Farmers’ Curb Market at 501 Yanceyville Street is open year-round and features fresh flowers, foods, and produce. Notable houses include the castle-like Vaught House at 519 Summit Avenue, the Mediterranean-inspired Sigmund Sternberger House at 712 Summit Avenue, and the Swann Middle School, designed by New York firm Starrett and Van Vleck, located at 811 Cyprus Street.

Summit Avenue was recognized as a National Register Historic District in 1993.