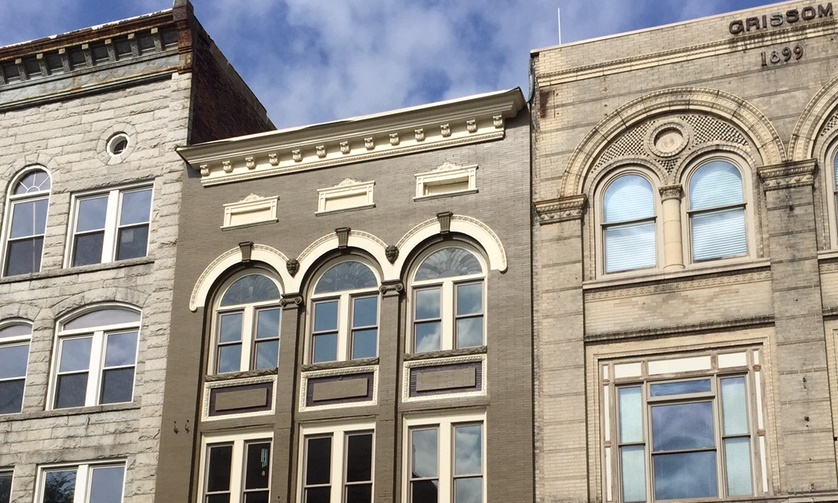 Many of South Elm Street’s buildings were built in the last decade of the nineteenth century as the city’s commercial center stretched south towards the railroad station. Buildings display late-Victorian flourishes such as arched windows, patterned brickwork, and elaborate cornices. The neighborhood has been preserved by luck and by pluck: When Greensboro experienced its first skyscraper boom in the 1920s, most of the towers were built on the north side of downtown and away from the small-scaled Victorian era storefronts. In the 1970s, when urban renewal efforts planned for destruction of the area in favor of large-scale department stores and parking decks, a citizen group called the “Old Greensborough Preservation Society” formed and rallied to save the historic buildings.

Today, the street sports brightly colored facades largely untouched since the 1920s, though the street’s great success promises to increase development pressure towards replacing the old with new. The district was placed on the National Register in 1982, with a boundary increase in 2004. Elm Street features a dozen buildings that have been recognized as landmarks by city council and enjoy special protection from inappropriate alterations. As other large cities in the state have found their historic downtown largely destroyed, Greensboro’s center city stands out as an unusual surviver.