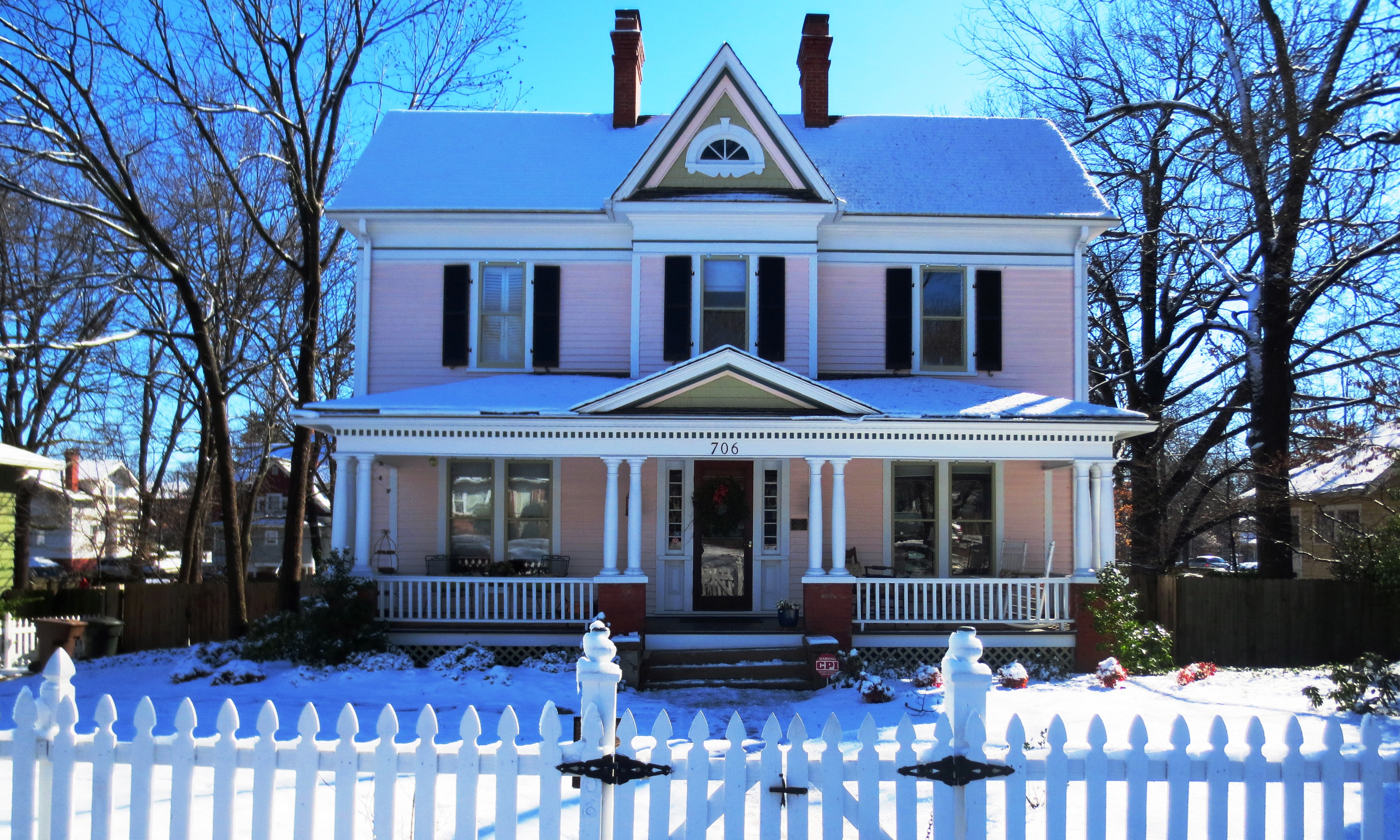 Preservation Greensboro met on February 12th to celebrate historic preservation in Greensboro at its 47th Annual Meeting held at the Greensboro Country Club. The organization reviewed accomplishments of 2012 and looked forward to planned events and activities in 2013 such as the Tour of Historic Homes and Gardens in College Hill in May, and the Blandwood Ball planned for January 2014.

The organization also honored noteworthy projects that have made significant contributions in preservation in our community. A total of nine preservation awards recognized historic preservation initiatives that were sensitive to historic character and architectural integrity. 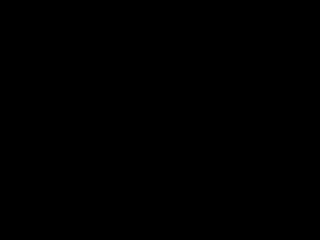 This charming Queen Anne-style home was constructed around 1895 by William Moore, an early Greensboro photographer. As College Hill changed in the mid-century, so did the Moore House. Like so many houses in the neighborhood it was divided up into apartments by 1960. Around 1990 it caught the eye of Sheryl and Rich Jackson, and they acquired the house and lived there for many years. However, with the passage of time the Jacksons moved away and the house became a neglected rental property again. In 2012, the historic house gained a new lease of life when it was acquired by Jillian Brady and Peter Williams. Over the past few months the house has received a fresh coat of paint and has reclaimed its spot as one of College Hill’s most charming homes. 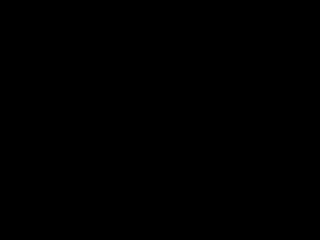 The vernacular farmhouse-style Beasley House is among the first constructed in the Aycock neighborhood, and has been restored through the efforts of several owners over the past 25 years. Harriette and William C. Beasley were the first to occupy this house. The couple likely constructed the house in 1904, where they lived with their nine children! Through the 1960s and 70s, the house fell into poor condition and was left virtually vacant. The house was renovated in the mid-1980s with upgraded utilities, and recent owners Christina and Robert Cantrell have continued to invest in making the house a wonderful home. Their most recent improvement, orchestrated by Southern Evergreen Design/Build, expanded a master bath and provided for a modern laundry room. Their project illustrates that old houses don’t require pioneer living – but with the right eye, the best of the past can be enjoyed alongside the best of the present. 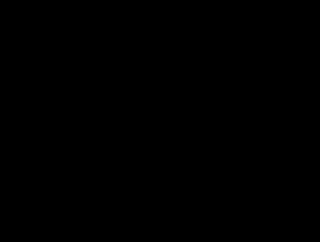 Located at the highly visible intersection of 5th Avenue and Yanceyville Street, this Craftsman Bungalow was built around 1923 and first occupied by P. C. Clapp, a travelling salesman. Through the years, the house suffered by not enjoying modern updates and investment other houses enjoyed as the Aycock neighborhood was revitalized. That changed last June when Peggy McGinty and Fifth Avenue Investors LLC purchased the house and immediately set out to give it that much needed care. One of the first major changes to the appearance of the site was the removal of false siding in order to re-expose the original wood siding that was subsequently painted. As the project progressed, the crew grew more and more enamored with the house, even preserving the front door when it was slated for the trash heap. Today, the Clapp Bungalow stands proudly in the heart of the Aycock neighborhood as a great example of the neighborhood’s revival! 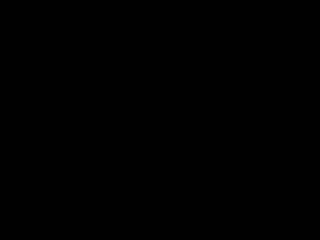 The third in a trio in the Aycock neighborhood to be recognized for preservation stewardship, this Craftsman Cottage was not destitute, but it needed investment to bring it from the 1960s to the 2010s. When built in 1914, its first owner was D. R. Hunt, the Chief Pipefitter at Cone Mills. Appropriately, he installed a steam pipe as the handrail in the house! In the 1970s, Dr. James Waller and his wife lived in the home. Dr. Waller was one of five people killed in the Greensboro Massacre of 1979. As a leader of the Greensboro Communist Workers Party, he kept a mimeograph machine in a small room tucked under the front eave of the house. The room remains intact featuring old posters extolling the Workers Party on the wall. Last year the careworn house was purchased by NC Home Buyer. The partnership invested in a new kitchen, bathrooms and refurbished charming historic features such as the floor, a wonderful built-in china cupboard, and gave the exterior a new upgrade through paint and a backyard  entertainment space. With attention to history, even the little space under the eaves where Dr. Waller kept his promotional material was preserved. 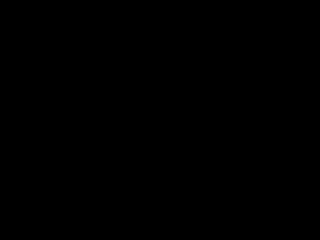 Poplar Hall is a landmark in the Irving Park neighborhood, with ancient boxwoods surrounding the grand Tuscan portico of this stately 1912 mansion that overlooks a sweeping lawn studded with centuries-old poplar trees. This home was designed by Hartford Connecticut architect A. Raymond Ellis around 1912.  It has been home to three generations of the Brooks family, and even Eleanor Roosevelt, a family friend, was a frequent guest in the house. Poplar Hall was never in poor condition, but it needed repairs that could have been done without sympathy to historic preservation doctrine. The home’s current owner, Dr. Helen Brooks, oversaw work to refresh the house and today, Poplar Hall stands as gracious as ever, with the careful eye of its steward taking an approach that includes preservation. 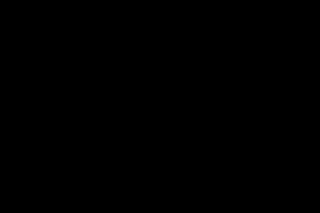 The Wysong and Miles Office Building is known by many as the home of the Rose Spa, an operation with a bawdy reputation in our city. In spite of its risqué past, many residents recognized the potential of this curious building near the railroad underpass on Fulton Street. Few knew that it was once the center of a bustling factory complex that supplied factories across the country. Two years ago the property found itself in the hands of the capable preservation team of Joe Bauer and Joe Thompson of New Age Builders, who initiated a restoration of the 110-year old building for use as office space. Down came the glass brick and the red lights, and in their place were returned double hung windows and wonderful light fixtures that make this building as light and airy as any big city loft. Happily, the history of the Wysong and Miles offices has been preserved for future generations to enjoy. 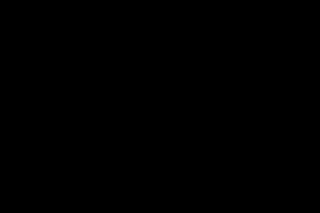 Charles Barton Keen was a North Carolina Star Architect in the 1920s, and commissions like the McAlister House are the projects that helped put him on the map. This was his first commission after designing Reynolda House in Winston-Salem, and the McAlister House certainly shares many of the same characteristics and features including the trademark green Ludowici Tile roofline, the smooth plaster walls, pergolas, and the long symmetrical façade. Since it was constructed in 1918, the house has held a prominent site overlooking the second fairway of the Greensboro Country Club’s golf course. Though it has long been a celebrated property, voluntarily recognized as a Landmark Property by the Guilford County Preservation Commission in 2004, the house was in foreclosure last year when it was purchased by Liz and David Johnson. The couple devised a comprehensive rehabilitation of the house with architect Steven Carter Price and Classic Construction to update bedrooms and baths, renew the kitchen, and reconstruct the garage so that it was more in keeping with the design of the main house. Thanks to the Johnsons and their team, this landmark property still shines and another important example of Charles Barton Keen is celebrated. 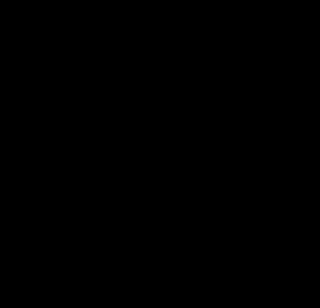 Located in the Fisher Park neighborhood, the Sweeny – Penn House was recognized in 2009 as one of Preservation Greensboro’s most endangered properties because city officials had initiated an order for its demolition.  That’s when the Preservation Greensboro Development Fund contacted the owner to see how they could be of assistance. Volunteers cleared legal obstructions to the sale of the property, removed truckloads of materials and opened the home during the Tour of Historic Homes. Several suitors stepped forward but Cheryl and Tracy Pratt placed the winning bid. As an architect, Tracy’s knowledge blended with DLM Builders to create a plan to address this challenging restoration project, while Cheryl investigated sources to incorporate the philosophy of Craftsman architecture into the home. Long anticipated, neighbors and preservationists are excited to see this once derelict home turned into the pride of Fisher Park! 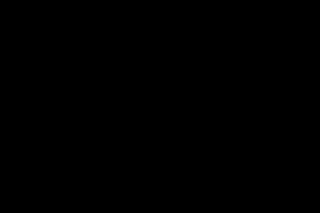 The UNCG Quad was constructed between 1919 and 1923 by prominent Greensboro architect Harry Barton, and it quickly became a treasured place in the hearts of alumni for generations. When plans were announced in 2009 that the complex would be demolished, students, alumni, and activists asked the UNCG Board to consider an alternative plan for the complex that including preservation. In the fall of that year the Board announced plans to rehabilitate the Quad for continued use as student housing. Over the next three years, general contractors D.H. Griffin Construction Co. and Balfour Beatty competed a $55 million renovation of all seven residence halls which make up the Quad. The comprehensive project invested in reinventing the iconic parlors which serve as the “living rooms” for the students. Restrooms, modern utilities, ADA access, and efficient energy systems were installed behind the old walls. Outside, the large oaks were protected during the construction process. Perhaps the largest preservation project in Greensboro history, a new generation of students calls the Quad home.

Preservation Greensboro is a membership organization and the city’s leading advocate dedicated to the conservation of treasured places. Established in 1966, it operated Architectural Salvage of Greensboro, Blandwood Mansion, the Blandwood Carriage House, and serves as an advocate for historic preservation throughout Guilford County.