Preservation in Greensboro: 2011 at its Best 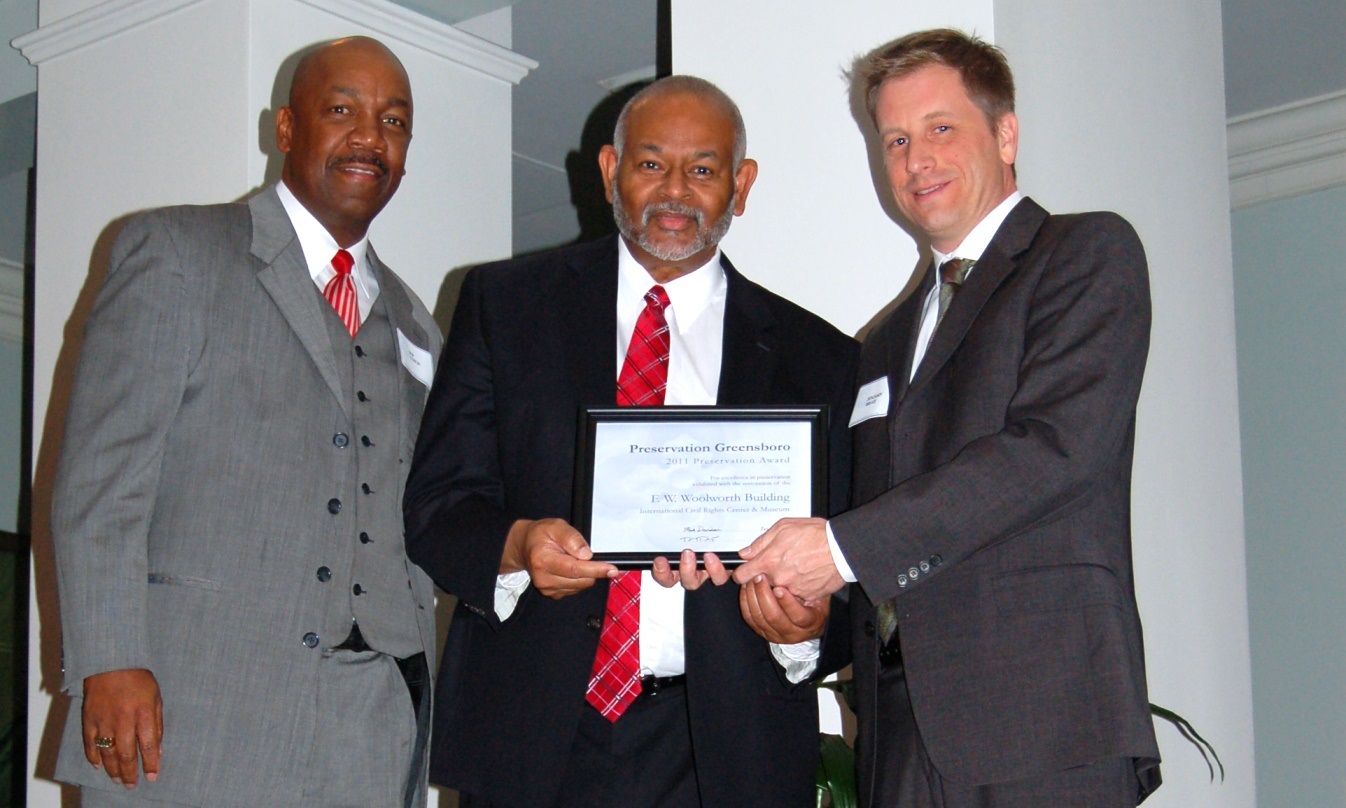 The past year has been wonderful for historic preservation in Greensboro. Great projects have been completed in neighborhoods all across our city, continuing our statewide reputation as a city with soul and character.

Each year, Preservation Greensboro’s board of directors honors individuals and organizations that exemplify outstanding achievement in the field of historic preservation throughout Guilford County.

Over 150 people celebrated Preservation Greensboro’s 46th Annual Meeting on February 7, 2012 in the main ballroom of the Greensboro Country Club. The dinner is the largest gathering of preservationists in the region. Eight projects that made significant contributions to historic preservation were recognized with Preservation Awards, representing Greensboro most treasured historic and architectural places. 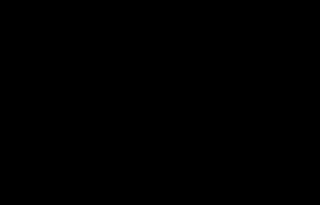 Few American cities have an Italian Palazzo in their midst, but Greensboro does! The Sternberger Artists Center on Summit Avenue was built as the home of Sigmund Sternberger and his sister Rosa Sternberger around 1926. Greensboro’s own star architect Harry Barton utilized a full vocabulary of Renaissance elements including a limestone arcaded entry supported by Corinthian columns, spiral colonettes, bracketed eaves, and a striking green barrel tile roof. In recent years, the historic house needed attention, especially its signature green-tile roofline. Generous support from the Tannenbaum-Sternberger Foundation to the United Arts Council of Greensboro enabled the repairs needed to restore the original roof of this community landmark that accommodates community art initiatives. 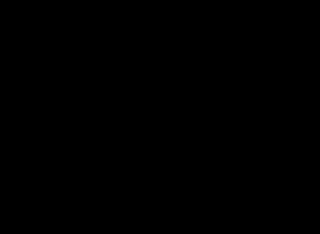 This Italianate-style house was built in 1898 for the DeButts family, but the heart and soul of the home comes from its history as the Magnolia House Motel. Established on Gorrell Street by Louise and Arthur Gist in 1949, the home was among the finest in Greensboro to accommodate African American patrons during the closing days of the Jim Crow Era. During the 1950s, the Magnolia Motel hosted a star studded guest list including Ray Charles, Ezzard Charles, Ruth Brown, Ike and Tina Turner, Joe Tex, Little Willie John, Satchel Paige, and Jackie Robinson! Forlorn but never forgotten by the year 2000, preservation pioneer Sam Pass began to complete his vision of a comprehensive restoration of the house. Boosted by city staff, and a credit from our own Architectural Salvage. The project is an important reminder of the importance of public/private partnerships as a solution to challenging historic sites.

Sitting proudly over Summit Avenue, Tar Heel Manor was constructed by Nellie and John C. Clapp around 1904. The original form of the house included a simple pyramidal roofline embellished with four dormer windows on each elevation. Within a few years, the house was greatly enhanced with a stunning new gambrel roofline and the incorporation of an older house to the rear. In 1938 the house was purchased by Charles Kellenberger for his daughter Ruth Kellenberger Shea. The large house accommodated Ruth and her sons, but also allowed her to rent sixteen rooms to travelers under the home’s new name: “Tar Heel Manor”. Ruth passed away around 1997 and the old house was sold to Mindy Zachary who immediately commenced a major restoration of the house that lasted through February 2011. The project returned subdivided rooms to their grand size, and created dramatic new spaces in portions of the rear wing that experienced heavy alterations. The house, now saved from decay and demolition, illustrates the creative opportunities that exist in restoring Greensboro’s historic 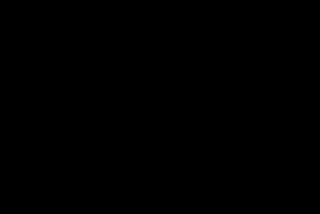 One of the charms of the Gate City is use of Mount Airy granite, used by architects and builders during the 1910s and 1920s. Among the stone features seen in our neighborhood landscapes are stone retaining walls such as the wall in front of the Bessemer Improvement Company building on North Elm Street. Though the old house is long gone, but the Mount Airy Granite wall remained a contributing feature of the Fisher Park Historic District. In recent years the weight of the earth began to crumble the stone wall and last year a section actually collapsed. The property owners Tim Burnett and Jerry McGraw considered removing it completely, but after weighing their options, they decided to rebuild using the original stones. This project serves as a role model for the retention and preservation of historic stone walls throughout Greensboro’s neighborhoods. 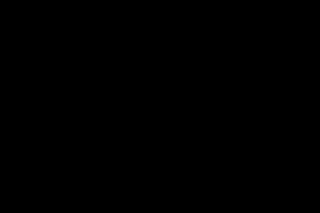 The E. W. Schlosser House is an interesting blend of wide overhanging eaves and belt courses borrowed from the Prairie-style of architecture and the rounded arches and robust red-tile roof of Mediterranean Revival style. This 1920s home on Eugene Street in Fisher Park is embellished with a symmetrical façade and buff-colored brick that provide an air of distinction to the neighborhood. As a character-defining feature of the house, owners Dennis Diegel and Mike Stout could not fathom the house without its red-tile roof. The pair dedicated themselves to preserving the roof, even tapping into ASG’s Homeowner Restoration Funds to complete reconstruction of the tile roof. The project illustrates the importance of key architectural features, and the perseverance sometimes needed to see such elements retained.

The Jefferson Standard Building, rising 186 feet above Elm Street, was designed by Charles Hartmann and stands today as the premier Beaux Arts skyscraper in all of North Carolina. When completed in 1923, the 17-story structure was the tallest building in the state and allegedly the South. The building typifies skyscraper construction of the period, with a steel frame encased by a relatively light-weight façade of terra cotta masonry. It was that terra cotta façade that began to reveal problems by the 1990s, and required a team approach with the owner, restoration engineer, and preservation contractor Masonry Preservation Services. The 10-year façade restoration included replacement of terra cotta tiles with precast and glass fiber reinforced concrete, terra cotta patching and repair for structural integrity, and the reconstruction of the beautiful Guastavino terra cotta tile architectural vaults inside the main entry. The project documents the importance of programmed maintenance to historic structures, and the benefits of long term stewardship and planning. 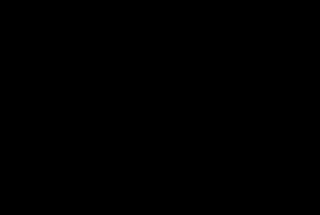 Last year saw the completion and opening of a project that has highlighted Greensboro’s role in a global theater of human rights: The International Civil Rights Center & Museum. Housed in the historic F. W. Woolworth Building on South Elm Street, the museum not only shares the importance of the events that took place here in 1960, but preserved the building and space in which history occurred. Thanks to the efforts of museum backers, citizens that live in our world of 2012 have a tangible link to the world as it existed in 1960, and that is, after all, what historic preservation is all about. The Woolworth Building was constructed in 1929 according to plans drawn up by Charles Hartmann. The two-story building is faced in limestone and features classical Art Deco motifs including acroteria and urns. Now utilized as the International Civil Rights Center & Museum, the project is a prime example of celebrating moments in history by recognizing the importance of place. 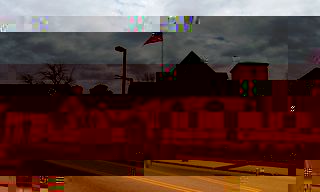 The Greensboro Historical Museum was constructed as the First Presbyterian Church in 1892. The earliest portions of the rambling Richardsonian Romanesque church on Summit Avenue were designed by Brooklyn architect L. B. Valk & Son. In 1903, Charlotte architects Hook & Sawyer added the Romanesque-style Smith Memorial Building. The whole structure was reconfigured in 1938 when Greensboro architect William C. Holleyman oversaw conversion of the building for use as a Civic Center and Historical Museum. Considering the multiple layers of history embodied in the structure, museum staff and volunteers were careful to tread on such an architecturally diverse historic site when the time came for much needed repairs in 2008. The Greensboro Historical Museum wisely chose to utilize a team approach that included many in this room tonight who recommend the practices that resulted in a high-grade restoration of the windows, reinstatement of the slate roof, masonry systems and even early molding profiles and paint colors. The project is an excellent model for successful collaboration among members of the local preservation community.