A Page is Turned for Irving Park Landmark 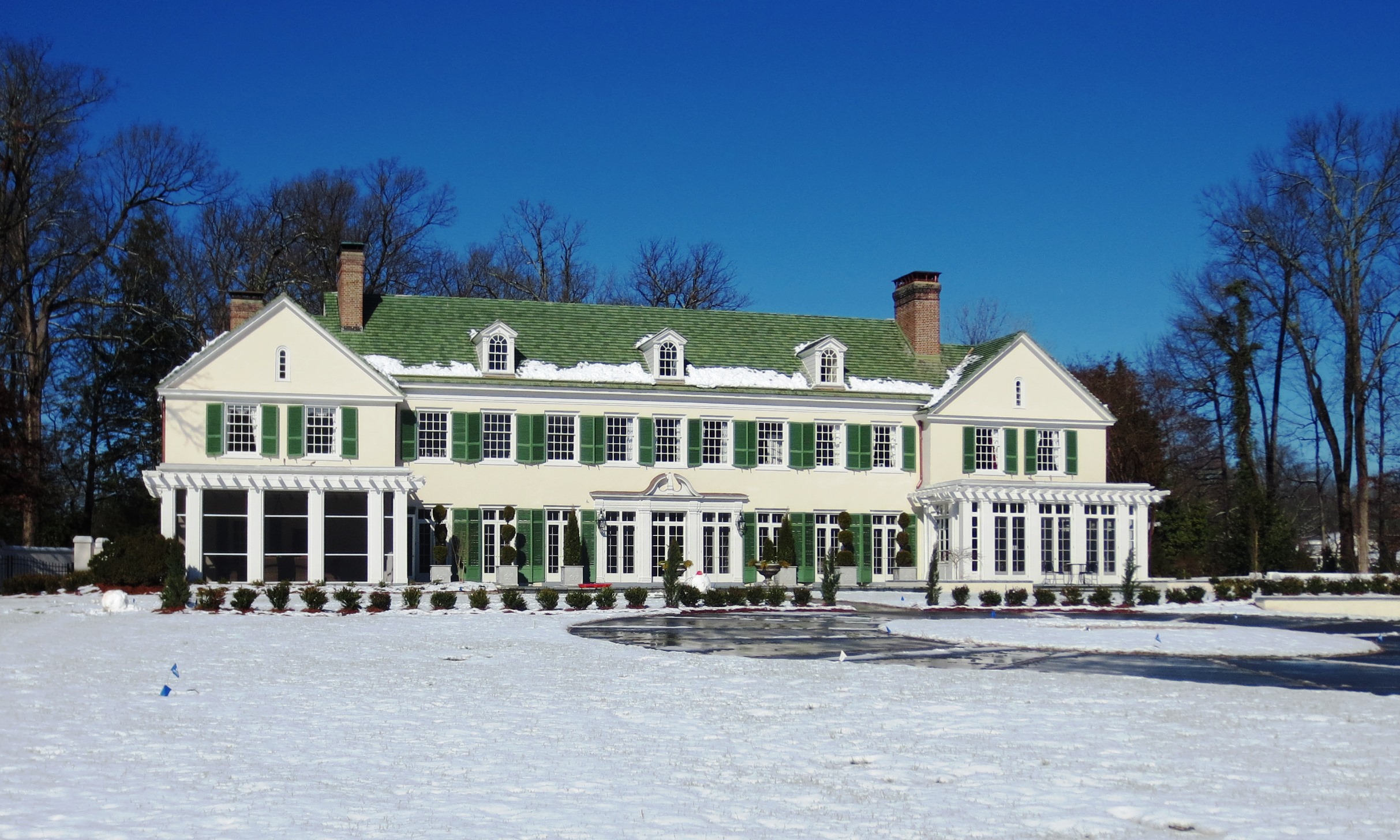 One of Greensboro’s classic residences of the “Country House” movement has been sold, and plans are underway for a thorough refurbishment and restoration.

The Sarah and Alexander Worth McAlister House located at 700 Country Club Drive in Irving Park has been sold to Elizabeth and David Johnson of Greensboro. The couple will make the McAlister House the primary residence for their family.

Plans for the house began in 1918, and it is considered one of the most outstanding examples of the North Carolina work of noted Philadelphia architect Charles Barton Keen. Keen is most remembered locally as the architect of Reynolda House in Winston-Salem, but Keen also designed three houses in Greensboro’s Irving Park that are stylistically related. Keen practiced a distinctive interpretation of Colonial Revival architecture that included stucco walls, classically inspired entryways, and green tile roofs; all details that can be found in the McAlister House.

The house is also among an impressive number of residences in Greensboro that sought to emulate the country homes of the landed gentry in Edwardian England. Wealthy patrons in Greensboro commissioned high-profile architects along the eastern seaboard to design their estates, including A. Raymond Ellis, R. Brognard Okie, Luther Lashmit, Mott Schmidt as well as Keen.

Keen, a native Philadelphian, is widely recognized today as one of the most prolific and popular designers of American “Country Houses”. A graduate of the University of Pennsylvania in 1889, he began his career as a draftsman working for several Philadelphia architects before he partnered with Frank Mead to found their own firm. The partnership lasted from 1894 to 1901, during which time the pair focused primarily on residential commissions. After Mead left Philadelphia, Keen worked independently, practicing along the east coast from Maine to Florida. With his commission of Reynolda House in 1913, Keen cultivated such demand for his work among Carolina patrons that he relocated his offices to Winston-Salem in 1923.

The McAlister home was the first commission that Keen received in the Gate City. The McAlister’s were prominent in social circles in Greensboro. As the founder of Pilot Life Insurance Company and its president from 1908 until 1931, McAlister also served as a civic leader instrumental in the development of North Carolina’s public welfare system. He was  president of the Southern Real Estate Company, responsible for developing the Irving Park and Sedgefield communities in the city.

For the McAlisters, Keen designed a classically detailed 10,000 square foot residence aligned along a linear axis with most rooms accessed by a single corridor. The principle façade features unusual stippled stucco walls, pergolas, French doors, and a porch and sunroom all united beneath a green tile roof. The north façade, unseen from the street, features a demilune attic window, a dramatic Palladian window and Federal period entryway. The interior of the home incorporates a variety of Colonial Revival mantles, a wood-paneled library, pocket doors, and a sweeping staircase.

During the McAlister’s residency the estate saw a number of changes. Property to the west was sold to Spencer Love who constructed a Virginian Colonial-style house, and property to the east was purchased by Martha and Ralph Price who erected a home designed by architect Mott Schmidt. Upon the deaths of the McAlisters, the house was sold to Jessamine and Hargrove “Skipper” Bowles, Jr in 1951. More recently, the residence was the home of Gene and Katherine Preyer Dematteo beginning in 1988.

The house was recognized as part of the Irving Park National Register Historic District in 1994, which provides tax credits for certified restoration efforts. The property was designated a Guilford County Landmark Property in 2004 which affords the property tax abatements as long as the historic features of the property are maintained. The Johnsons are currently working through the process to approve designs and are expected to begin construction shortly.