Constructed in 1904, Beasley House Was Home to Family of Eleven! 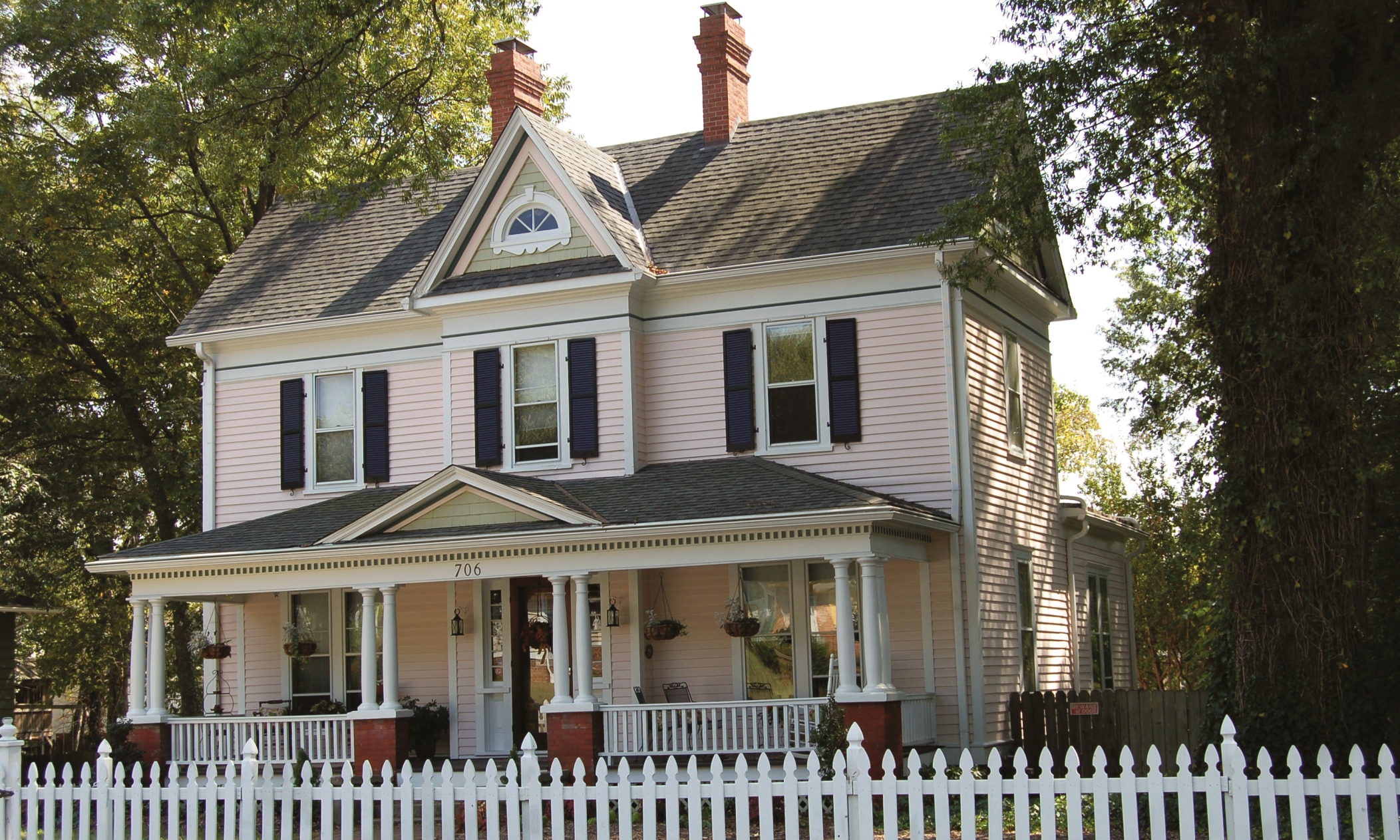 This vernacular farmhouse-style Beasley House at 706 Fifth Avenue is among the first constructed in the Aycock neighborhood, and has been restored through the efforts of several owners over the past 25 years. Today, the house retains original details that are blended with modern improvements typical of many early Greensboro homes.

Harriette and William C. Beasley were the first to occupy this house, which stands among the first built in the Summit Avenue neighborhood, now known as the Aycock Historic District. The couple likely constructed the house in 1904, around the time they purchased the property from neighborhood developers and civic leaders Jeanette and Ceasar Cone. The Beasley’s lived in the home with their nine children: Edna, Austin, Henry, Marvin, Elizabeth, Roy, Evylin, Grace, and Margarette! William was a steam and gas plumber by trade. Later owners, Madge and W. L. “Roy” Sweeney lived in the home from 1913 till 1916 when they moved to the Sweeney – Penn House at 910 Magnolia Street in Fisher Park. Roy Sweeney was a travelling salesman and it was likely he and Madge who added the present-day dining room to the back of the house. The next occupants of the home were Carrie and Percy P. Turner, who occupied the house for 17 years. Percy Turner was a clerk with the Railway Mail Service. The house was renovated in the 1980s when it received an updated kitchen. Recent owners Christina and Robert Cantrell purchased the house in 2006 and have completed additional upgrades such as the second floor bathroom and walk-in closet.

The Beasley House takes a form that was familiar to North Carolinians at the time known as a triple-A form house. Named for the A-shaped gables to each side of the roofline matched by the third gable centered over the front door, the triple-A form was commonly used for farmhouses and moderate income urban housing between 1850 and 1900. Characteristic features of a triple-A form houses are symmetrical facades with a centered entry and a wide front porch. The Beasley House sports Neoclassical embellishments such as a denticulated cornice on the porch, attenuated columns upon brick piers that support the front porch, a front door flanked by sidelights, and a charming demilune windows in the central gable of the roofline.