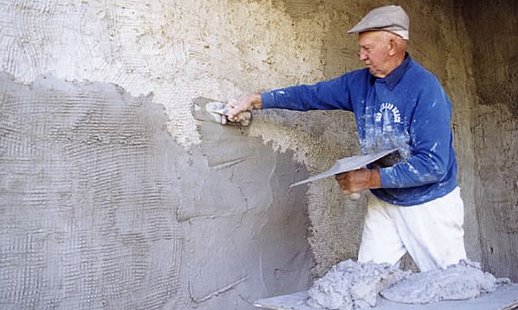 Recently I was contacted by Benjamin Briggs, Executive Director of Preservation Greensboro, regarding the repair of exterior plaster at Blandwood Mansion. He invited me to take a look at the plaster and offer my thoughts on how to address deterioration and ongoing maintenance. I was excited to visit this National Historic Landmark property situated amid the bustle of Greensboro. Constructed as a simple 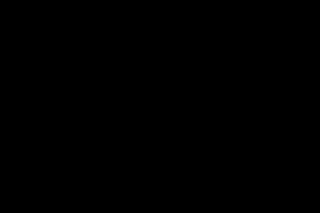 farmhouse in 1795, the building was purchased by North Carolina Governor John Motley Morehead, who commissioned renowned New York architect A.J. Davis to design an expansion. Davis added a central tower and symmetrical dependencies, finished with stucco to resemble an Italianate villa. The expansion, completed in 1846, is recognized by architectural historians as the oldest standing example of Italianate architecture in the United States.

After graciously leading me on an insider tour of the splendidly restored rooms of Blandwood, Benjamin showed me the exterior plaster covering the brick masonry walls of the 1846 addition. Right away I knew I was looking at a non-historic cement plaster: the hard, painted, smooth surface was in good to fair condition overall, but a few open cracks could be seen at stress points near window openings and at exposed chimney stacks; in addition, the plaster was discolored at the foundation and crumbling away from the damp brickwork beneath. Plaster at the adjacent dependencies exhibited a dense, spider web-like network of fine cracks that were partially obscured by multiple coats of paint. Benjamin explained that the plaster had been installed during a previous restoration campaign in the 1980s. Although the plaster had been applied with the best of intentions, both Benjamin and I recognized it as a historically inappropriate material for the building, which is contributing to the deterioration of the historic brick masonry. In this article I hope to shed some light on the problems posed by the use of cement plaster on historic buildings, and point out recent developments in the field of historic preservation that have the potential to improve the physical condition and historic authenticity of heritage properties.

The Role of Plaster in Waterproofing

Exterior plaster, also known as stucco or render, is an important aesthetic building element; it creates a specific effect of texture (and sometimes color) in designed buildings, and is a character-defining feature in historic architecture. Plaster also has a functional role in minimizing the intrusion of moisture into a building. 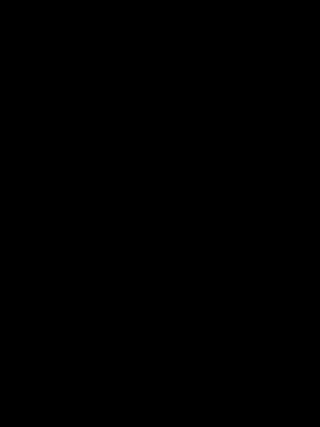 Water is the most significant agent of deterioration of building materials. It carries abrasive particles that erode surfaces (the Grand Canyon is a dramatic example of this process), it supports fungal growth that rots wooden features as well as higher plant forms whose roots displace building elements, and it dissolves water-soluble earthen materials such as adobe. Water also stresses porous materials by leaching binders and minerals, and it transports ice crystals and soluble salts that expand against pore walls and cause destruction at the microscopic level.

Waterproofing is therefore a critical component of building design, and primarily involves the exclusion of precipitation and groundwater by means of roofing, flashing, and drainage systems including gutters, downspouts, and foundation protection (known colloquially as establishing a good “hat and boots” to keep water out of a building). Wall systems play a secondary role in waterproofing, mainly shedding precipitation to the ground where ideally it is carried away from the building. Plaster serves as a protective coating in waterproofing walls.

Historically, plaster was a relatively porous material (usually a mixture of lime and sand or clay and sand), which did not render the wall impervious to moisture. Rather, the plaster got wet and gradually dried out; if the plaster was saturated and the underlying wall was wetted, the moisture evaporated outward through the plaster, allowing the wall to dry. Wetting and drying cycles would cause the plaster to deteriorate, necessitating the periodic replacement of plaster as part of building maintenance. Often, coatings such as limewash (also known as whitewash) would be applied to plaster, both as an attempt to improve waterproofing and increase the durability of the plaster, and as aesthetic enhancement to the building. Limewash is also relatively porous, and allowed for the evaporation of water from the walls. Both plaster and limewash were sacrificial coatings that would be renewed on a cyclical basis.

Today, we refer to the characteristic of porous materials drying out through natural cycles as permeability or “breathability”. Traditional building technology relies on this mechanism, and it is only in the last century that we have developed materials that counteract breathability and facilitate moisture-related deterioration. With regard to exterior plaster, the development of Portland cement represents the most significant disruptive and destructive factor in the treatment of historic buildings.

The original plaster applied to the exterior walls of Blandwood was lime plaster (probably coated with limewash). Lime is an ancient building material and is most often produced by heating certain types of limestone in a kiln (although sea shells and coral can also be used to make lime). The “lump lime” or “quicklime” was then slaked by mixing it with water, resulting in a violent chemical reaction producing heat and caustic fumes. The slaked lime formed a smooth putty with excellent binding characteristics. Slaked lime could be mixed with sand to make mortar or plaster, or diluted with water to make limewash. Lime putty could be aged indefinitely if kept covered with water, which promoted increased workability of the material. Lime, because it is manufactured from unaltered natural materials, is a type of natural cement.

In the mid 19th century, an artificial cement was developed in Britain, named Portland cement for its resemblance to a gray sandstone quarried on the Isle of Portland in England. The material boasted many significant advantages over lime, including fast set, high, early strength, the ability to set in damp conditions (even under water), and increased water resistance after curing. Because it was packaged in powder form and did not need to be slaked, Portland cement was cheaper and safer than quicklime to transport and use. Portland cement, also referred to as Ordinary Portland Cement or OPC, is mixed with aggregate to make concrete, which contributed to a revolution in building technology in the late 19th and early 20th centuries. Due to its many advantages, OPC supplanted lime as a building material in the United States. Today the bagged Type S lime we buy for building projects is merely a plasticizer meant to increase the workability of OPC materials such as mortar and plaster.

In the early decades of the 20th century, OPC was ubiquitous not only in new construction, but was also used in the repair, renovation, and restoration of heritage buildings 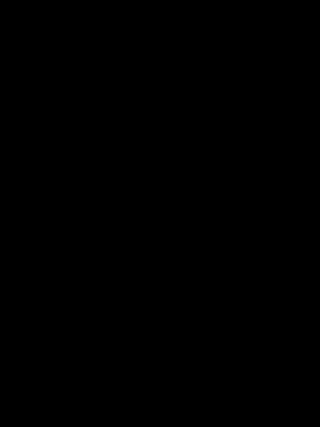 (image, right, of recent repair made on historic building – not Blandwood]). The prevalence of OPC as a repair material in traditional buildings increased as interest in historic preservation in the U. S. gained traction in the mid to late 20th century. It was not until the 1970s and 1980s that the long-term performance of OPC materials raised concerns with stewards of cultural resources. The effects of using OPC in patches, mortars, and plasters were stark: historic fabric such as bricks, stone, adobe, and lime plaster adjacent to OPC materials exhibited severe erosion and deterioration. Preservation professionals were beginning to realize that many of the properties of OPC were incompatible with historic materials. The high compressive strength, low permeability, and presence of soluble salts in OPC materials transferred and concentrated structural and environmental stresses to the weaker historic fabric, accelerating the deterioration of the materials that the repairs were intended to preserve.

One of the most disturbing effects of OPC materials is demonstrated in the use of Portland cement-based plasters, which are not “breathable” like lime plasters, and tend to be covered with paint or elastomeric coatings which further reduce breathability. OPC plasters by their nature tend to crack. In new construction, cracks in concrete and OPC plaster are mitigated through the installation of control joints. Because traditional buildings lack control joints (and adding control joints would be visually inappropriate), OPC plasters on historic buildings develop cracks at stress points; also, crack networks can develop when curing conditions are too hot and/or dry. As a result, moisture enters through cracks in the plaster and cannot adequately escape. In addition, ground moisture absorbed in walls through rising damp is also trapped by OPC plaster. This effect can be catastrophic on adobe buildings covered with OPC plaster, where weakening and erosion of the underlying adobe is hidden behind the rigid plaster until structural failure occurs.

The Resurgence of Lime Plaster

By the time the historic preservation community fully acknowledged the incompatibility of OPC with most historic building materials, alternatives to OPC were relatively limited. Workers in the construction and traditional building trades were no longer trained in the use of lime, and in any case appropriate building lime was largely unavailable. Increased awareness of the pitfalls of OPC, in addition to research conducted and supported by academic institutions devoted to architectural conservation, has led to a revival of traditional building limes in the U.S. Today there are multiple sources for traditional lime mortar and plaster, as well as architectural specifications and training resources for masons and plasterers provided by lime manufacturers and distributors. College-level programs and vocational institutions are also producing graduates trained in the use of traditional building techniques and materials. Prominent programs include the American College of the Building Arts in Charleston, as well as North Carolina’s Edgecombe Community College in Tarboro.

Removing OPC plaster and re-establishing lime plaster on historic buildings will help slow deterioration facilitated by inappropriate OPC plaster. The lime revival is good news not just for the physical condition of historic fabric, but also for the visual authenticity of traditional buildings. Lime plaster and lime wash impart a depth and texture that cannot be matched by painted or integral-color OPC stucco. The translucence of limewash, in particular, creates a warm glow on a lime plaster wall that cannot be duplicated with modern materials.

As appropriate materials are available, and trained practitioners in the preservation trades are becoming more numerous, the challenges posed by the deterioration of OPC plaster at Blandwood Mansion might be conducive for replacement with compatible lime plaster.