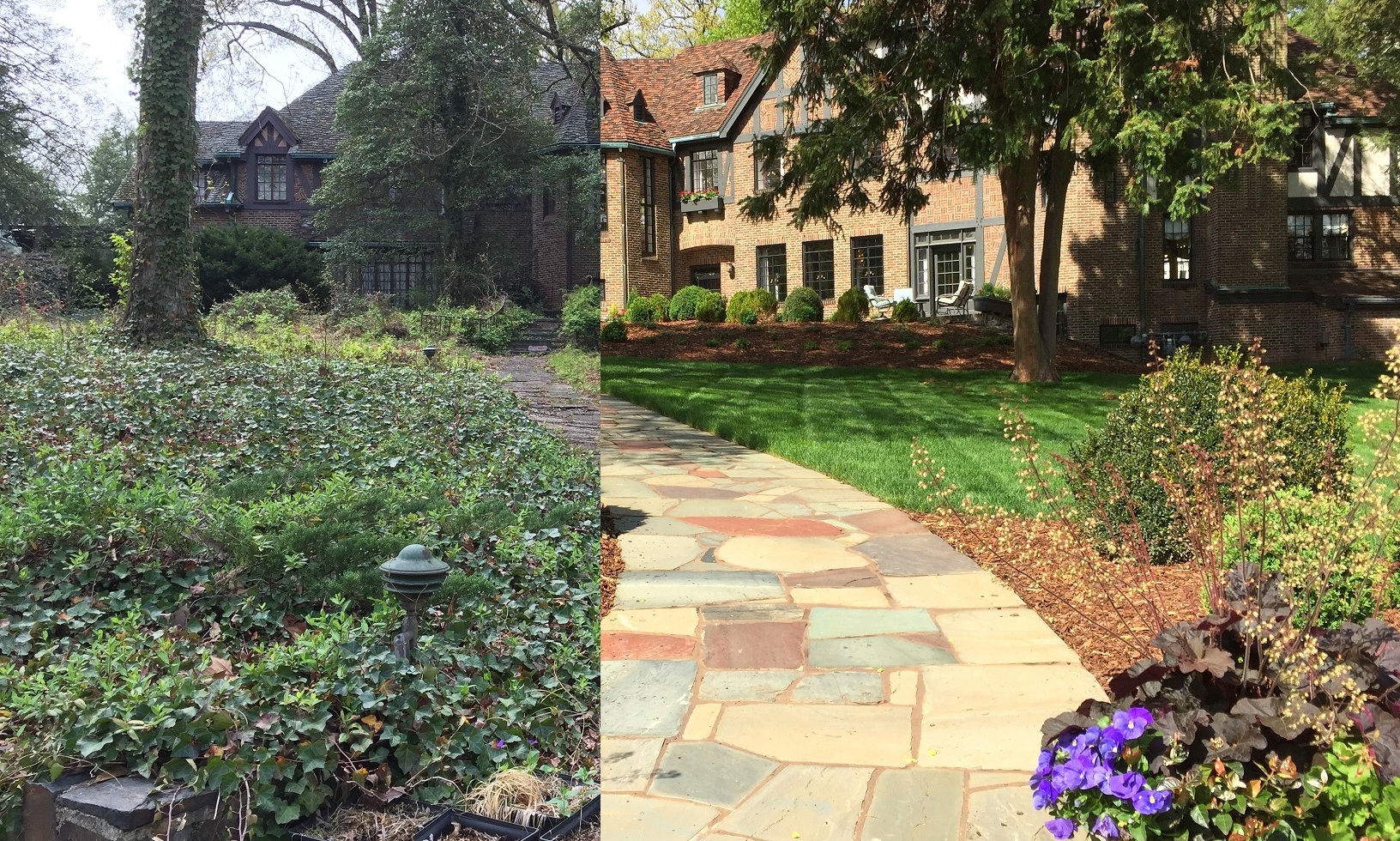 Hillside is a grand home in Fisher Park in Greensboro built by insurance executive and philanthropist Julian Price. Preservation Greensboro staff and supporters opened the Tudor-style home as a Designer Showhouse as a culmination of its restoration in April 2018. This event served as Preservation Greensboro’s premiere fundraiser for the year, placeholding for the annual Tour of Historic Homes & Gardens.

The home has a notable history as the home of Julian Price, a nationally known insurance executive, business and civic leader, and philanthropist who had a leadership role in many business enterprises and philanthropic causes across North Carolina and who developed one of the largest life insurance companies in the American South.

Julian Price (25 Nov 1867 – 25 Oct 1946) is most remembered as chairman of the board of the Jefferson Standard Life Insurance Company and for his generosity.  He was born in Meherrin, Lunenburg County, Virginia near Richmond, where he learned Morse code and found employment as a telegraph operator and dispatcher for the Southern Railway as a young man. This position took him to North Carolina in 1895, moving first to Durham and shortly thereafter to Greensboro.

Price held additional accomplishments outside of his presidency of Jefferson Standard. Governor Angus W. McLean (1924-1928) selected Price to head the North Carolina Salary and Wage Commission, which was instrumental in developing a fair system of employment and pay for state employees. He grew to become one of McLean’s most trusted advisors, and Price was mentioned as a successor to McLean as the nominee for the Democratic Gubernatorial ticket in 1928, but he refused to have his name placed in nomination.

Other business interests included a majority stake in the Greensboro Record, one of the city’s two leading newspapers. He held a role as president of the Atlantic and Yadkin Railway, a short line railroad within North Carolina from 1899 to 1950. It ran from Mount Airy southeast through Greensboro to Sanford, primarily serving the central Piedmont region.

Price also held civic memberships as a thirty-third degree Mason, life membership with the Elks and was awarded an honorary doctorate of laws degree at the sesquicentennial of the University of North Carolina in 1946, just months before his death.

Julian Price was a patron of architecture.  In 1919, New York architect Charles Hartmann came to Greensboro to design the O.Henry Hotel on North Elm Street.  Price offered Hartmann the job of designing the corporate tower for Jefferson Standard Insurance if he’d move to Greensboro and open a practice. Hartmann accepted the offer and spent the rest of his life in Greensboro designing notable buildings throughout North Carolina.

A granddaughter of Julian Price remembers an incident that reveals the personality of her grandfather. During World War II, Guilford County did not allow use of alcoholic beverages, and this was disappointing to local Air Force base personnel. One officer inquired of the name of the local bootlegger and was told it was a man named “Price.” The officer called Julian Price one Sunday afternoon and asked if he were the local source of liquor. Price asked what kind the captain wanted and when told, Johnny Walker, he asked the young officer, “Black or Red?”  “Black,” replied the stunned officer, who was then told to drive up to the back of the Price home on Fisher Park Circle. The captain could hardly believe his luck when he tried to pay, for Price said, “No, no, young man, nothing is too good for our boys in the service.” That afternoon the Air Force base was enthralled with the captain’s awed description of how well he had been received by Greensboro’s leading citizen, Julian Price, whose profession and community standing was so much different from the local bootlegger with which he shared his surname!

Price died as a result of injuries sustained in an automobile accident while travelling to his mountain retreat near Blowing Rock. His estate near Blowing Rock was donated to the US Government as part of the Blue Ridge Parkway, a site which is today known as the Julian Price Memorial Park.

A string of events between 2014-2017 amplified the awareness and empathy for this grand old home. After its former owner ran into financial difficulties, the house was threatened by the very real possibility that it could be destroyed for redevelopment. The ample landscaped lot was an enticement for real estate development, in which the estate’s prime location in one of Greensboro’s most central neighborhoods could be leveraged through subdivision of the property.

This narrative would not come to fruition. Working with the property owner, Preservation Greensboro applied to the North Carolina State Historic Preservation Office in Raleigh to have the estate recognized as a place of “statewide significance.” With the State’s recognition that the affiliations of architect Charles Hartmann and corporate captain Julian Price held strong historical associations across all North Carolina, demolition of the estate was taken off the table. Potential buyers were faced with a more limited option of redevelopment strategies that favored historic preservation.

Hillside generated considerable attention due to the ambitious renovations planned by its new owners after years of neglect.  Eric and Michael Fuko-Rizzo worked with Preservation Greensboro board member and Project Chair Linda Lane to select designers and architects who re-imagined interior and exterior spaces of the house for a designer showhouse.  Designer participants adhered to historic preservation standards administered through the Guilford County Joint Historic Preservation Commission, and each designer brought their signature creativity to the project to provide for an innovative and dynamic showhouse. The project served as a great demonstration project for Preservation Greensboro on approaches to preservation issues that blend the best of the past with the future.

Preservation Greensboro supporters opened Hillside to the public as a ticketed event beginning Saturday, April 7 to Sunday, May 6, 2018. Admission allowed access for tours of the historic home with interior and exterior spaces designed by some of the most creative innovators in the contemporary design industry. Southern Home magazine planned to feature their work in a late 2018 publication. Tours included the formal rooms of the house that ackbowledge the historic designation of the house, but also showcased newly renovated kitchen and master bathroom spaces. Highlights included the Living room and Sun Parlor, the Master Bedroom and Bath, the Kitchen and an In-Law Apartment.

Hillside Magazine was the official publication for the designer showhouse Hillside Estate.  The handsome, one-time publication was produced by Preservation Greensboro and editor Judith Cushman Hammer in partnership with the O.Henry/Seasons magazine creative team known for its graphic panache. Hillside Magazine provided a guide for readers through the designer showhouse, with its rich history and imaginative, up-to-date style themes.

Greensboro Television Network This is Greensboro with Rosemary Plybon – Hillside House (video) May 24, 2017