From Greensboro To The White House 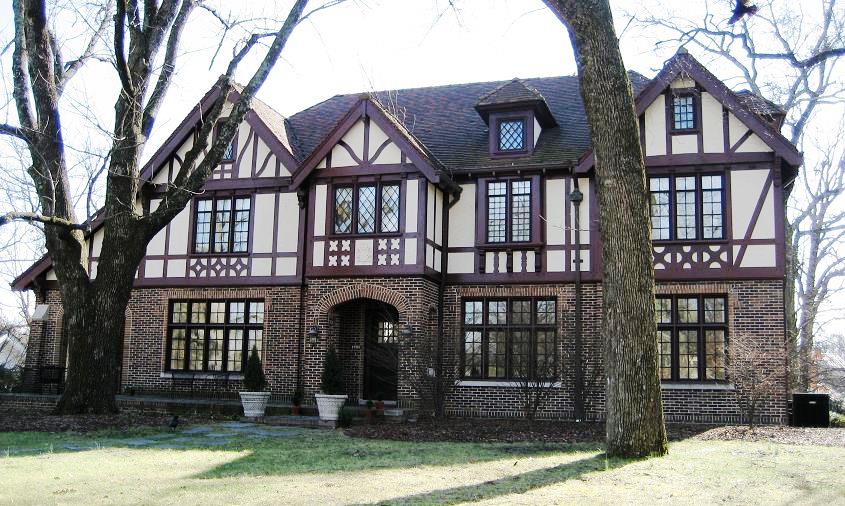 Only 311 miles separate Greensboro from 1600 Pennsylvania Avenue in Washington DC, but despite the relatively short distance between the two places, Greensboro shares a chapter of history with the history of the White House. The link is found in the career of one of the most influential architects in the history of the White House, Lorenzo S. Winslow.

Lorenzo Simmons Winslow was born in Mansfield, Massachusetts on August 20th, 1892 to George and Andree Hathaway Winslow. After graduating from the Mansfield High School, Winslow attended Valparaiso University in Indiana, Ohio Northern University, and finally the Massachusetts Institute of Technology in Cambridge, Massachusetts where he was trained in engineering and architecture. In 1913 Winslow took a position as a junior draftsman with Boston architect T. Edward Sheehan where he developed plans for a municipal building in Roxbury and several churches.

Winslow’s work was interrupted in April of 1917 when the United States joined the world-wide conflict remembered as World War I. He was quick to sign up for military service just a month later, taking a position in the Corps of Engineers. Winslow was assigned to General Pershing’s Headquarters among other assignments along the Western Front. Notably, he maintained an affiliation with the Corps for the next 30 years of his life.

Upon the completion of his service in the War, Winslow remained in Paris where he took a year to study architecture and design in Europe. This period of his life would become an important touchstone for his architectural designs, especially his work in Greensboro.

Young Winslow, now 27 years old, returned to Mansfield to resume his career in architecture. Taking a break that winter, he traveled to the North Carolina golfing resort of Pinehurst where he met Harry Barton, an up-and-coming architect practicing in nearby Greensboro. Barton had a strong reputation in the Greensboro area, having designed the Guilford County Courthouse on West Market Street in 1918 and the First Presbyterian Church of the Covenant in College Hill in 1919. Barton persuaded Winslow to take a position in his growing office as Designer.

Winslow worked in Barton’s office from 1920 until 1923, during which time he designed county courthouses, city halls, hospitals, churches, and residential work. The High Point City Hall (image, right) is likely an example of his work, executed around 1922 and featuring Neoclassically-inspired features such as pediments, pilasters and a modillion cornice. The City Hall was destroyed in 1970. Also in High Point, Winslow designed the  Albion Millis House (image, right) on North Main Street around 1920. This impressive Georgian Revival-style villa stands today as the boutique center Millis Square, and features impressive architectural features stylized Corinthian columns, buff-colored brick, a heavy modillion cornice, and a green French tile roof.

In 1923, Winslow took a position as Senior Draftsman for Raleigh James Hughes before placement at the A. K. Moore Realty Company, a development agency that shaped western Greensboro. Arthur K. Moore had his start in real estate with developments such as Fisher Park, as Greensboro residents sought the quiet and leafy solitude of the suburbs. By 1919, Moore managed sales in the popular Westerwood development north of Friendly Avenue. Sales were so strong for Westerwood that the development was expanded to the west through several phases, culminating in the development of Sunset Hills. It was in this period of rapid growth that Moore secured Winslow as a company architect to assist homeowners in architectural design and engineering. Many European- and Early American-inspired houses in Sunset Hills were likely

designed by Winslow. A large ad in the Greensboro Daily News exclaimed “Mr. L. S. Winslow, a man of exceptional ability . . . has made an extensive study of home design and is therefore particularly well equipped for the important service task to which he has been assigned.”

By 1927, Winslow establishing a firm in his own name with offices located in the American Exchange National Bank Building at Elm and Market streets. By this time, he had established a strong reputation in the community, and newspapers of the period illustrated the diversity of his work. Exemplary projects include the Irving Park Manor Apartments of 1929 on North Elm Street (image, right). This complex of impressive “English Tavern” architecture were called “North Carolina’s finest” when they opened, including modern amenities such as electrical refrigerators, electrical stoves, electrical dishwashers, wiring for radios, and colored enamel bathrooms.

Apart from the Tudor Revival apartment complex, Winslow adopted the same theme for the F. E. Harllee House at 1705 West Market Street (image, right). The residence stands two-stories in height and features half-timbering, wooden quatrefoils, casement windows, and decorative brickwork exemplary of European architecture. Winslow designed several residences in Georgian Revival architecture or America’s past. The E. H. Ferris House on West Market Street is representative of his work in the style, including a five-bay façade, a main entry protected by a small porch, and flanking sun porches. Unusual features include an elaborate Chinese Chippendale railing atop each porch, and keystones centered within segmental arches atop first-floor windows.

The onset of the Great Depression had a chilling effect on Greensboro’s building industry. Winslow took on government work to fill in for the loss of private contracts by 1931. This position took him to Washington DC, where he was employed with the Office of Public Buildings and Public Parks of the national Capital. Here, he worked on several projects including the Statue of Liberty and the Washington Monument, bridges and roadways in Washington’s Rock Creek Park, and the National Training School for Boys before entering in a competition for the design of a swimming pool that was to be added to the White House. The heated pool was needed so that President Franklin Delano Roosevelt could practice a regular swimming routine as therapy for his polio affliction.

Roosevelt praised Winslow’s work, stating in a letter “I have just examined the new swimming pool and dressing rooms, for which I am informed you did the architectural work. Allow me to commend you for the excellent taste you have exhibited in your selection of colors, materials, and proportions. The whole result is most harmonious and agreeable to the eye. I appreciate your efforts. Very sincerely yours, Franklin D. Roosevelt”

Winslow remained on staff with the White House for the next 20 years, supervising increasingly significant alterations to the People’s House. He became somewhat of a celebrity inside the beltline, profiled occasionally by columnists and national magazines. He gained a reputation for his partiality to tweeds, his love of the arts, his signature corncob pipe, and his ancient car.

Among numerous projects, Winslow designed and reconstructed the West Wing Offices, a new East Entrance Building, a bomb shelter with tunnel leading to the Treasury Building, and new utility and kitchen areas. Among the most visible changes to the exterior of the executive mansion was a new second-floor balcony on the south side of the building, known today as the Truman Balcony. However, Winslow oversaw substantial renovation to the interior of the White House, which was entirely removed and reconstructed under his oversight between the years 1948 and 1952.

Winslow left his position as architect of the White House in 1953 and entered private practice. His later work focused primarily on restoration projects, including Georgetown Presbyterian Church and the New York Avenue Presbyterian Church, both in Washington, DC. He was an avid genealogist, and member of many historical and fraternal organizations such as The Baronial Order of Magna Charta, The Society of Mayflower Descendants, The Sons of the American Revolution, and the Arts Club of Washington. He moved to St. Petersburg, Florida before passing away on June 20, 1976 at the age of 85.

Most of Winslow’s designs remain a carefully preserved part of the Gate City today. Though his name is not celebrated by many locally, he remains one of the most nationally influential architects to practice in Greensboro. His influence on Greensboro was the focus of an exhibition co-sponsored by Preservation Greensboro in 2007.