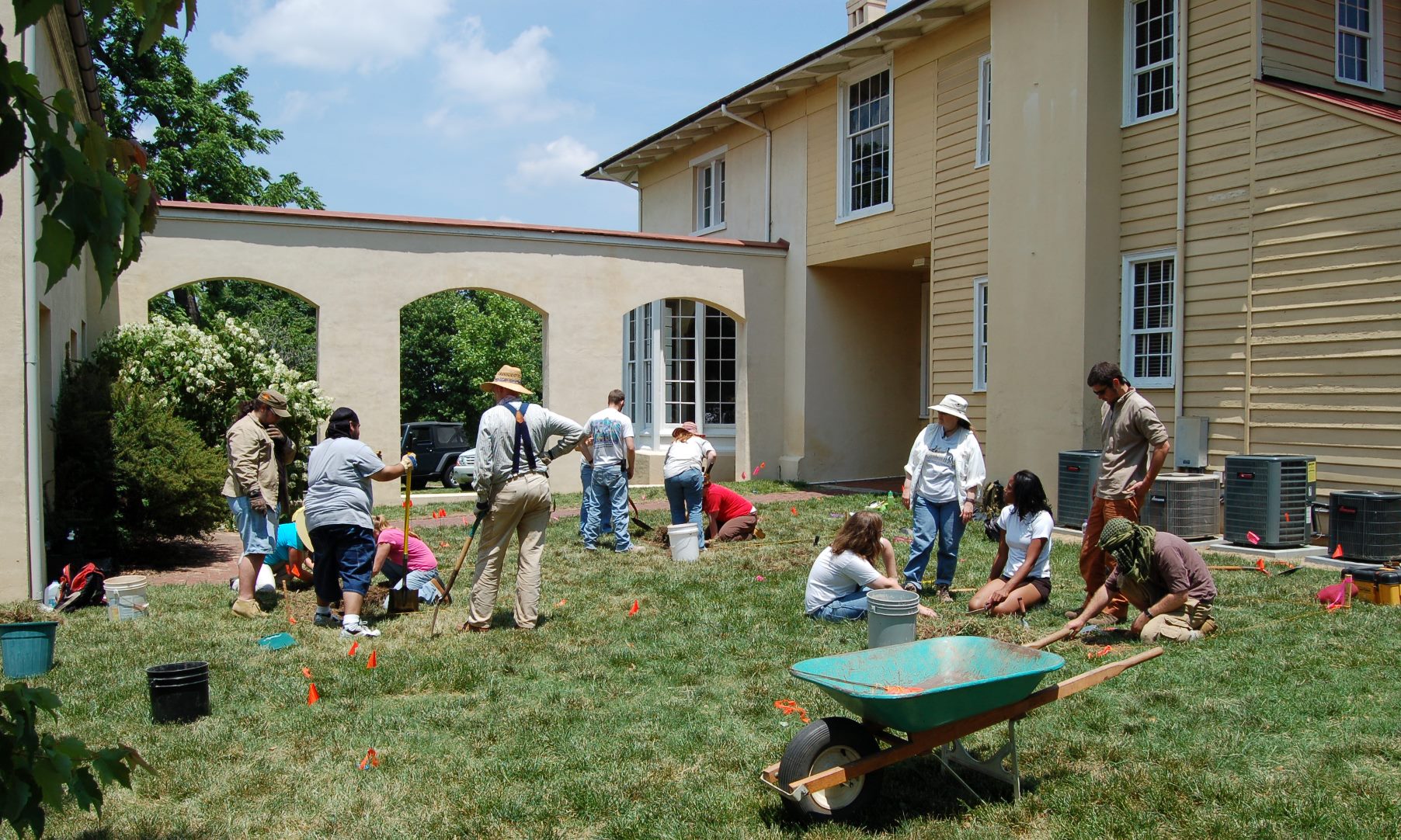 The Big Dig at Blandwood, part of the city’s Bicentennial celebrations, began today.

The project seeks to explore the hidden history of Blandwood, the eighteenth century residence in downtown Greensboro that has housed early settlers, industrialists, and even a North Carolina governor. The dig is funded through the History Committee of the 2008 Greensboro Bicentennial Commission in partnership with Dr. Linda France Stine, Department of Anthropology, University of North Carolina at Greensboro (UNCG).

Early discoveries include brick fragments, a chard of ceramic, and even a button. Objects found at Blandwood will be carefully reviewed and researched, and listed in a report completed at the end of the project. Organizers hope to illuminate understanding of the early history of Blandwood, including eighteenth century history, evidence of enslaved workers, and the working history of the site where John Motley Morehead is thought to have houses a tinsmith.

For more information on the dig, you can visit the Preservation Greensboro website. In the meantime, I will try to keep you updated on any exciting discoveries. The dig will continue through June 22nd.