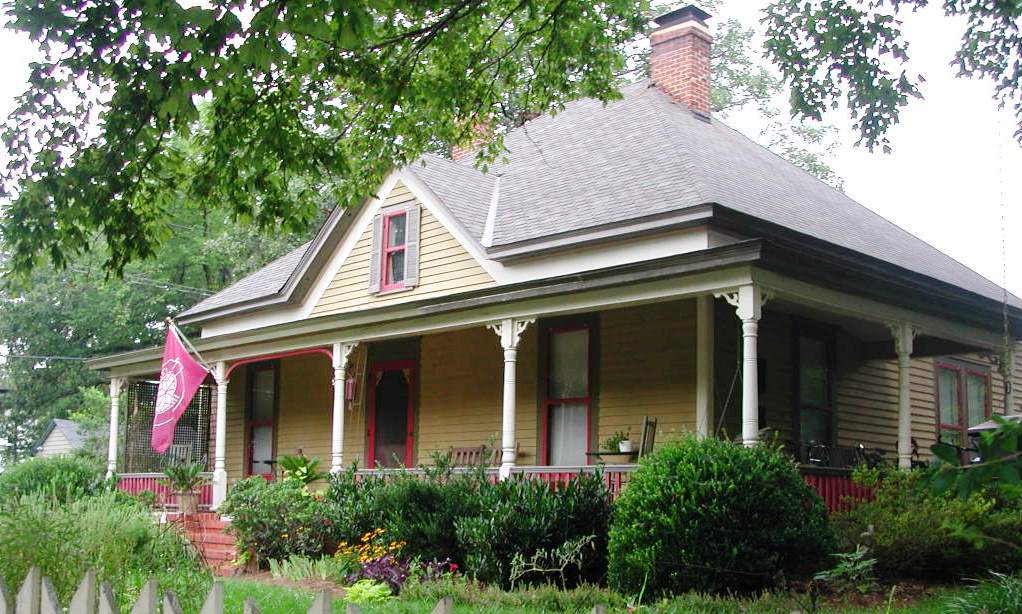 College Hill has the distinction of being Greensboro’s best-preserved example of a late nineteenth century neighborhood. The narrow streets lined with commodius Queen Anne residences and charming bungalows are enhanced by offbeat boutiques and eateries that cater to a smart and hip clientele from nearby colleges. Packed with history and centrally located, College Hill blends quaint architecture with urban amenities and cultural venues to create Greensboro’s most energetic neighborhood.

This broad hilltop just west of downtown Greensboro was settled in the 1840s and 50s by individuals associated with nearby Greensboro College. Their strong Methodist affiliation earned the hill it’s nineteenth century nickname “Piety Hill,” and several commodious homes from the period remain including the Walker-Scarborough House, the Bumpass-Troy House and Boxwood.

The hill and its convenient location proved a popular choice for Greensboro’s Victorian-era middle class who sought to escape the hustle and bustle of the growing town. Renamed “West End” after the establishment of UNCG in 1891, a number of elaborate Queen Anne-style houses were built along Walker Avenue, Mendenhall Street, and Morehead Avenue in the 1890s The Orlo Epps House (private) of 1890 was designed by architect of UNCG’s Foust Hall, with elaborate details such as turned porch posts, a prospect tower, and colorful paint scheme.

Development was not limited to residences. Greensboro’s oldest fire house stands at 547 South Mendenhall Street. The two-story brick building served as the West End Hose Company from 1897 to 1919, when it was replaced with a new building one block north at 442 South Mendenhall. Both building have been adaptively reused, the first as a general store, the second as a private residence. The Wafco Mill complex began as a grist mill in 1893, with subsequent additions through 1912. The complex was restored in 1983 as unusual and charming condominiums.

Two small commercial areas are located in College Hill. The intersection of Tate Street and Walker Avenue features numerous restaurants, a coffee house, and and noteable cultural insitutions that extend the the nearby university community. The intersection of Mendenhall and Spring Garden streets has a smaller collection of stores that serve the student population. The students and growing nearby campuses that give the neighborhood its energy also create special problems. Parking has been an issue in the narrow streets for decades, and student housing sometimes challenges city health codes. However, the area has seen some handsome returns in housing values over the past several years and a strong homeowners association has created a powerful political voice for residents.

College Hill was listed as Greensboro’s first local historic district in 1980, and recognized on the National Register in 1993.