Streetscenes: More than one way to skin a building 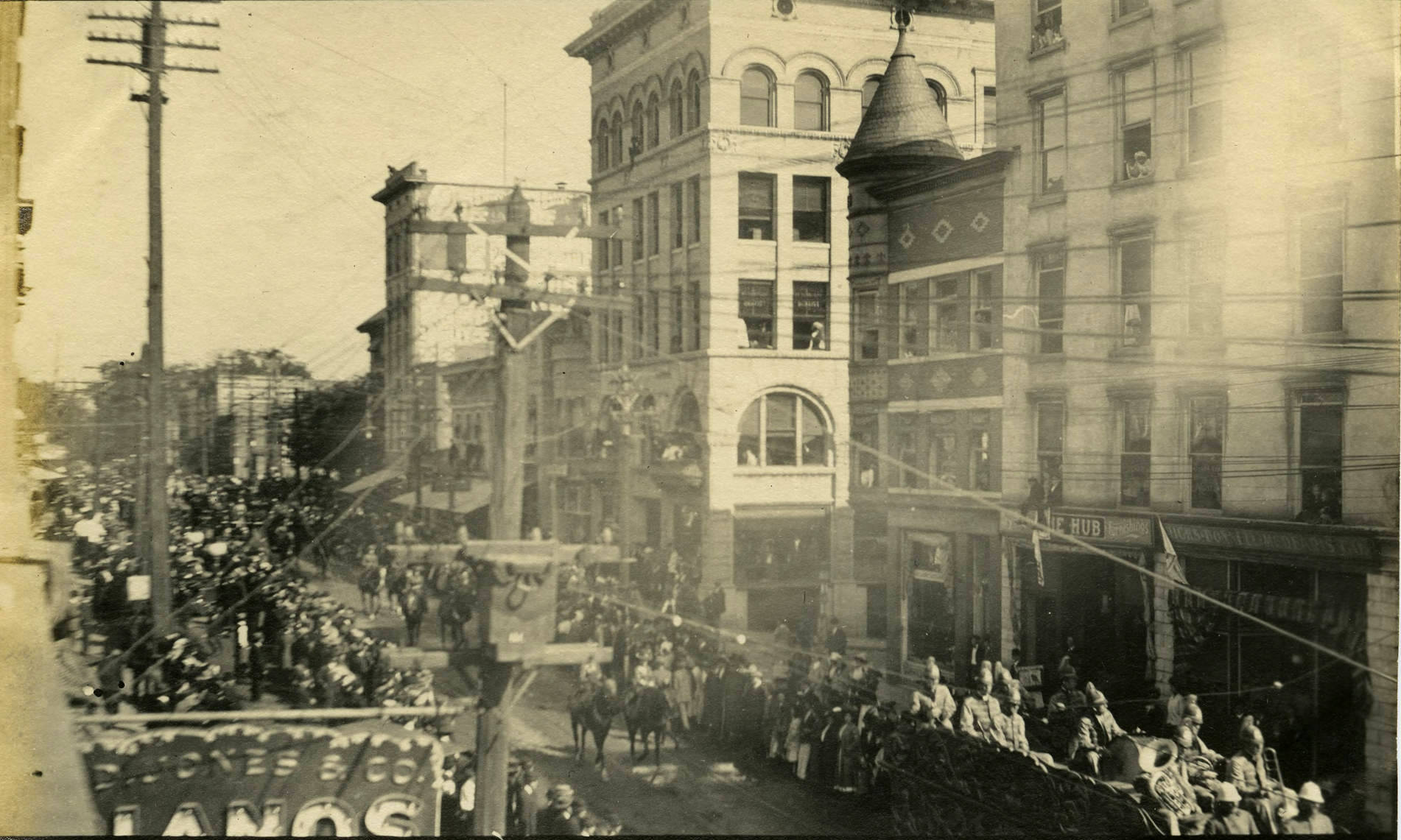 Reskinning, also known as recladding, is big business here in Greensboro and other places. Notable examples include the old Wachovia Tower on North Elm Street, but also the 230 South Tryon building in Charlotte and the Verizon Building on Bryant Park in Manhattan.

New skins on old buildings are not new to Greensboro, where several good examples of the practice (and at least one near miss I will review in the future).

The three-story turreted Huffines Building (shaded in pink in the diagram) at 201 South Elm Street was erected in 1902 as a shop front, with a “Tobacco and Pool Lodge” on the third floor. This was a time when buildings were a point of civic pride, and architecture was used to capture the eye and impress visitors.

The building was designed with strong Romanesque features. Romanesque architecture was popular in Greensboro and across the country for its romantic features such as arched windows, turrets, and stonework. The building at 201 had two of these Romanesque elements: a tall turret and stone elements. The turret cantilevered over the intersection of South Elm and Sycamore Street (today’s February One Place)and featured a high conical tower. The building (red arrow) was certainly eye-catching, and held a prominent place among storefronts on Greensboro’s main street.

By the 1950s, Romanesque architecture was considered passe. Victorian-style buildings were being destroyed across the country, replaced with crisp lines, cool glass, and sharp angles of modernist architecture. In the rush to modernize, the building at 201 South Elm was stripped of its handsome tower, and a clean facade of stucco was applied over the old brick. Only the patterns of the three window opening remain today to hint at the once elaborate facade.

Architectural style is a fickle thing. Styles come and go, and what was once celebrated as “progressive” and “new” is soon enough seen as “tired” and “old”. However, trends show that once a building has passed a “magic age” apprieciation for their period style and design begins to rise. Buildings generally merit inclusion to the National Register once they reach 50 years of age, however they seem to fall vulnerable to destruction after only 30 years.

The building at 201 South Elm is so unappreciated today that it avoided inclusion in the National Register District nomination for South Elm Street completed in 1982. An amendment to the district made in 2004 did pick up the building, but considered it “noncontributing” to the look and feel of the streetscape due to its altered appearance, in spite of its 102 years of age.

As South Elm Street enjoys a revival, what was once among the most prominent buildings is now relegated to a footnote, perhaps awaiting the day a visionary owner will take the time to put back that which was taken away from the streetscape.