CityBuilding 101: How to make a sidewalk 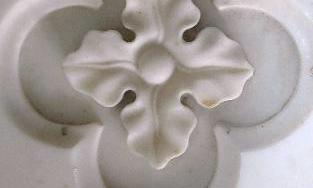 An historian could make a strong arguement that Greensboro has sought suburban design standards since it was developed in the early nineteenth century. Images from the late 1800s show the city brimming with gardens (in fact, it was named the “City of Flowers” long before it was the “Gate City”), shaded streets, and large houses set on ample lots of land.

It should be no surprise, then, that the city has been challenged envisioning what an urban streetscape is, and how exactly it can be/should be excecuted. Say “urban” to many Greensburgers, and they imagine wide roads with fast traffic, hot sidewalks, towering skyscrapers…basically downtown Charlotte. It doesn’t have to be that way.

To the right (click to make them bigger) are two images of urban sidewalks. The left-hand scene is West Washington Street in Greensboro. This avenue was laid out in the mid nineteenth century and passes in front of Blandwood Mansion. First lined with Victorian residences, the street fell victim to large-scale engineering projects of the mid-twentieth century, including road widening and parking lot expansion. Recently, Preservation Greensboro sold a surface parking lot to a Charlotte development company, which erected a residential building known as 411 West. The new building, pictured to the left in the image, is built to the property line and includes red brick, buff-colored concrete and stucco, and bronze appointments.

The right hand scene is Beech Avenue, located in Pittsburgh’s North Side neighborhood. Like Washington Street in Greensboro, the avenue pictured was laid out in the mid-nineteenth century with Victorian residences. Unlike Greensboro, this street took on a denser “urban” appearance from the beginning. Though it is located in Pittsburgh, the scene could be replicated in any of the established urban neighborhoods of the northeast, such as Beacon Hill, Park Slope, Society Hill, or Georgetown.

Although the are similarly composed, the two images could not be more dissimilar. The Greensboro sidewalk looks desolate and unwelcoming; while the Pittsburgh example looks intimate and inviting. The bones of each setting are comparable, the images show that detail and scale makes an authentic urban sidewalk work well. The good news for Greensboro is that these details may not be so far out of our reach!

Starting from the ground up, the Beech Avenue sidewalk is paved with bricks, scaled to the size of a person’s foot. Other details include parked cars along the side of the road which insulate the sidewalk from the rush of traffic (who likes an Escalade whizzing past them at 30 mph only two feet away?), street trees, and decorative streetlights. Insert a few flowering window boxes or planters, and you are close to replicating the look and feel of a nineteenth century sidewalk.

The Greensboro sidewalk has a proper width (not too narrow nor too wide), and the adjacent building features a human-scaled belt-course of concrete block (just like the Beech Avenue buildings), all indications that the basic structure is good. The devil, it seems, is in the details!

Salvation may one day come to West Washington Street in the form of much needed streetscape improvements, but in the meantime, Greensboro does have other role models to look to for urban design challenges. Architecture, set-backs, and scale are equally important considerations that contribute to comfortable urban sidewalks, but lets not forget the importance of details in making a good place great!