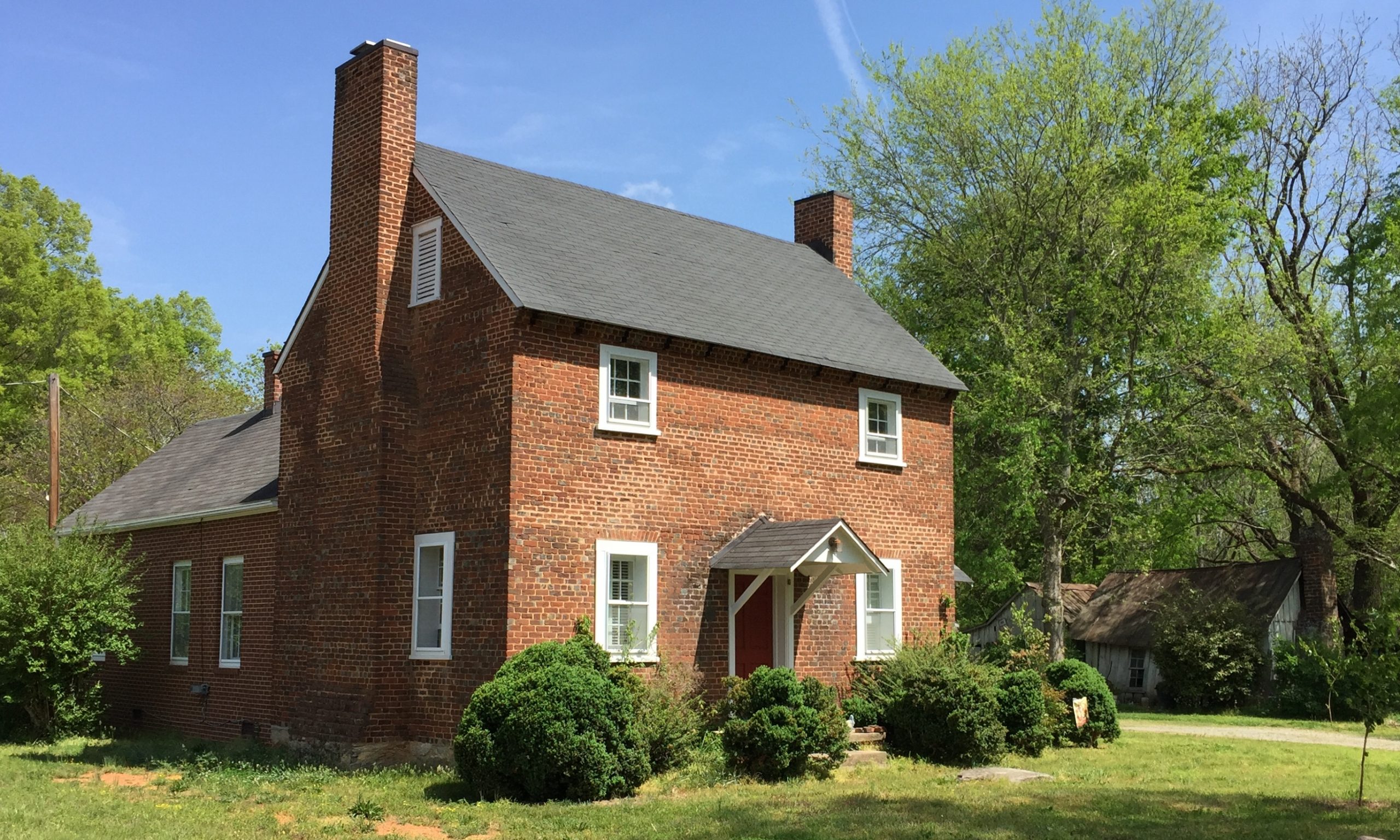 One of only a dozen brick dwellings built before 1840 in County, the Scott House is located just north of Greensboro. The house was likely constructed by Thomas Scott (1790-1835) after his 1818 marriage to Izabel Lemonds (1798-after 1830). The Scotch-Irish Presbyterian settlers acquired land in 1753 through the Nottingham Company based in northeastern Maryland. Thomas inherited 100 acres of land from his father and by 1830 he was the head of a nine-member household with thirteen enslaved workers. The family worshipped at Buffalo Presbyterian Church, and maintained supplies of brandy, pork, oats, beans, potatoes, and livestock. At Thomas’ death in 1835, the house went to his daughter and the McNeely family, within whose ownership it remains today.

Brick houses reflected the continuation of domestic building traditions developed primarily by English settlers from the Mid-Atlantic colonies who settled in North Carolina. The two-story common bond brick house sits atop a fieldstone foundation. A symmetrical façade employs three bays of flat arched windows and a main entry, topped by a handsome corbelled cornice, and flanked with gable-end double-shoulder chimneys. Interior features of the hall and parlor plan dwelling reflect Federal architectural details articulated in simple forms, such as three-part door and window surrounds, handsome mantles with three-part moldings and paneled friezes, and a chair rail. Subsequent additions stand to the rear.

The Scott House was listed to the National Register of Historic Places in 1984, and designated a Guilford County Landmark Property in 1985.