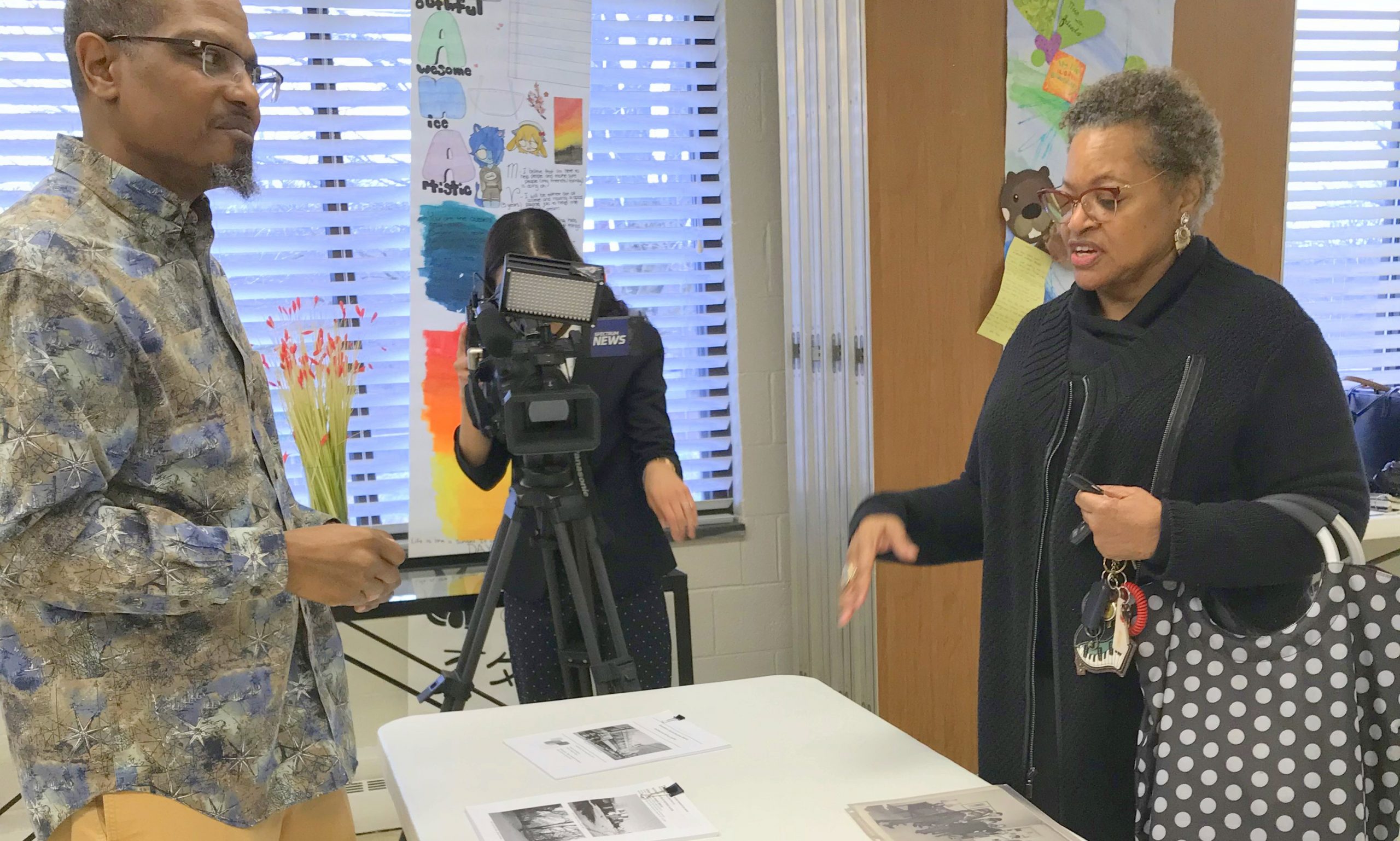 Historic preservation has served a central role in American history, and over the past 30 years, it held an increasingly relevant role in preserving sites of Black history in Greensboro. Non-profit and non-governmental organizations such as Preservation Greensboro can help to develop approaches to social equity and advocate for public and private funding to raise awareness of significant sites and storylines of Black history in African American communities. The narrative of place in Greensboro and the landmarks that remain today help tell the story of Black history as a building block of America’s and North Carolina’s history.

From the earliest settlement in the 1750s, Guilford County and Greensboro have been built, actively, by people of African American heritage, both free and enslaved. During the Reconstruction Era, Black citizens actively engaged in education and political action. In spite of the oppression of the subsequent Jim Crow Era, Black citizens pushed forward with political and legal advances and continued investments in education – initiatives that prepared Greensboro to be at the forefront of the Civil Rights Era, especially through the widely recognized Sit-Ins at the Woolworth lunch counter. These stories contributed to Greensboro’s national role in the history of challenging racial injustice.

The history of preservation efforts among Black neighborhoods and community sites in Greensboro provides a compelling rationale for why preservation matters. Namely, in addition to curbing destruction of built environments that are deemed by some as insignificant or outdated, historic designation and preservation can enable marginalized communities to have more agency in the valuation of built environments while also imagining strategic and responsive reuse of historic sites.

Greensboro’s earliest Black neighborhoods were composed of citizens of mixed incomes. African Americans of little means and wealthy Black citizens often lived close to one another. In addition, residential areas were often adjacent to commercial, institutional, and even industrial uses where jobs were based. Over the past 60 years, Greensboro has imposed a range of approaches in efforts to address historic Black communities of “mixed-use” composition that suffered from minimal investment and lacked the formal order of zoning placed on newer and non-Black portions of the city.

This “mixed-use” model, found in Black communities in every major American city by 1920, was viewed as a blight by city officials in Greensboro by 1924, when zoning laws were ratified. Older mixed-use neighborhoods did not fit the pattern of distinct zoning classifications. This issue, coupled with poor infrastructure investment by the city, prompted officials to explore approaches to modernize and re-order these historically Black communities (image, right).

Greensboro was the first city in North Carolina to participate in a federally subsidized urban renewal program that was modeled on approaches to community-building pioneered in southeast Washington DC. Beginning in 1965, Greensboro’s historic Warnersville and Cumberland neighborhoods were subject to systematic demolition as city planners sought

to replace the modest housing built to accommodate the city’s most disenfranchised citizens. Warnersville, first settled in the late 1860s, was completely razed and rebuilt on a model of separate zoning uses that included carefully realigned thoroughfares and housing that mimicked suburban forms. The resulting neighborhood featured curvilinear streets, ranch houses, and multi-family superblock housing. Few historic landmarks survived the transition, while new amenities such as the Warnersville Recreation Center and David D. Jones Elementary School were inserted into the new community.

Across town, the Cumberland Street neighborhood was re-aligned with a separate commercial district along East Market and East Friendly avenues, a multi-family garden terrace along Cumberland Street, and new single-family houses that blended with older housing along North Regan and Beech streets.

In both these redevelopment plans, existing residents were given little empowerment to make decisions, and heavy-handed government initiatives fomented resentment among those most impacted by the imposed changes. Today, these models are seen as textbook examples of how not to revitalize older neighborhoods.

In spite of these practices, isolated examples of the preservation of African American historical sites occurred in the city by the mid-twentieth century, such as the preservation of the East White Oak School in 1956. Ten years before the establishment of Preservation Greensboro, a network of Black community activists saved the 1916 school located at 1801 Tenth Street in the East White Oak community of northeastern Greensboro. The facility was built by the industrialist Cone family as a school building for children of Cone Mills’ African American workers. David Richmond, one of the Greensboro Four, grew up nearby. Today it remains preserved as a community center (image, right).

Initiatives began in the 1980s to preserve the Palmer Institute in Sedalia. The historically Black school opened as North Carolina’s first historic site commemorating the contributions of African-Americans. In the 1990s, work began to preserve the historic Woolworth store, site of the 1960 sit-ins. Both efforts leveraged public or public-private partnerships to memorialize events as a museum and activity spaces.

Opportunities for more structured and systemic change came in the 1980s with initiatives to diversify perspectives on preservation through broader ethic representation. Organizationally, Preservation Greensboro began to diversify board appointments and promoted inclusion of sites in historically Black neighborhoods.

Working in collaboration with Greensboro’s Black community through board members such as activist Nettie Coad, attorney Steve Bowdon, and architect Clinton Gravely, Preservation Greensboro advocated for important Black history sites such as the South Greensboro neighborhood in 1990. The district, nominated to the National Register of Historic Places by Preservation Greensboro in 1991, included 327 buildings built between the 1870s and the 1940s. The neighborhood featured Queen Anne, Neoclassical, and Craftsman-style houses that were primarily occupied by Black residents. Community members were active in the process – Nettie Coad was a resident of the neighborhood and her home at 706 Martin Luther King Jr. Drive was a landmark in the community (image, right). With National Register designation, a priority was placed on investing in existing housing instead of the destruction of structures based on the older model of urban renewal. Just as importantly, this priority came at the behest of those living in the community.

According to a News and Record article published July 25, 1995, Coad had a saying about Greensboro and its Ole Asheboro neighborhood. “A total community cannot be achieved unless we all work together to fix the parts that are broken,” she said as president of the area’s neighborhood association. “We needed the whole city to understand that this broken part was a drain on everybody.” Coad continued, “A boarded-up house is the worst thing you can have in the neighborhood.”

Efforts followed to broaden preservation through the recognition of other sites of African American significance, such as the Union Cemetery. Established in the 900 block of South Elm Street in 1882, the cemetery served as a “united” burial ground for three leading Black congregations in Greensboro: St. Matthews Methodist Church, St. James Presbyterian Church, and Providence Baptist Church. The cemetery retains 97 grave markers with death dates from 1882 to 1940. The majority of the markers date between 1901 and 1917, when the city of Greensboro closed the cemetery. It was listed on the National Register of Historic Places in 1993 through a fundraising and awareness campaign in partnership with Preservation Greensboro.

Within predominantly Black neighborhoods in Greensboro, several individual landmarks were saved through adaptive reuse and community support. The Nettie Mae Coad Apartments were configured in the old David Caldwell School, built in 1922. The once-abandoned school was adaptively reused through funding by Greensboro City Council as affordable housing for low-income families in 1989-1990.

In 2000, the Guilford County school board voted to demolish most of the historic James Benson Dudley high school campus on Lincoln Street and replace it with a new high school. Voices in the community rose against the proposal and caused the board to rethink its position to destroy the 1928 landmark. With community activists and future Preservation Greensboro board member Goldie Wells, Preservation Greensboro produced a report that documented that the costs of a major renovation project were comparable to new construction. Preservation advocacy was successful, and the campus was placed on the National Register in 2003 (image, right).

Additional public investments in historic rehabilitation of houses continued in the 1990s through the city’s Department of Housing and Community Development. Focused primarily in the South Greensboro National Register Historic District, these projects utilized Federal subsidies through the Community Development Block Grant program to rehabilitate older homes for affordable housing in what was known as the Historic House Marketing Program. Preservation Greensboro assisted in fundraising to restore the Hanner House at 410 McCullough Street in 2002 (image, right).

A public-private partnership model was used to preserve another landmark property, the L. Richardson Memorial Hospital at 602 South Benbow Road Greensboro. The hospital opened in 1927 as Greensboro’s first modern medical facility for African American citizens. Though it was one of the best equipped hospitals in the state, it was a tangible reminder of the Jim Crow laws that dominated American social practices for generations by mandating “separate but equal” treatment of Black and white citizens. The building was redeveloped as an affordable elder care facility by Greensboro-based Beacon Properties in 2005 by leveraging Historic Tax Credits provided by its National Register designation.

Historic Tax Credits have led to private investment in National Register neighborhoods across the city, including the South Greensboro district. A number of houses, both owner-occupied and income-properties, have seen private investment using best practices in preservation.

Most recently, Preservation Greensboro and board member Eric Woodard have raised awareness of the Mid-Century Modernist residential structures of East Greensboro. These fascinating homes were designed by members of NCA&T’s Architectural Department during the height of the Civil Rights Movement and reflect forward-thinking, progressive designs. These houses and their surrounding neighborhoods are being studied for inclusion on the National Register, which would enable income-producing and owner-occupied properties access to Historic Tax Credits (community meeting image, top banner and right).

Though much work has been done, more work is needed in Greensboro to achieve social equity, and new initiatives can enable advocacy for historical recognition, appreciation, and ongoing preservation efforts.

Historic preservation is uniquely positioned to assist in efforts of advancing social equity by promoting an inclusive voice for more diverse communities to tell their story of place in part, through preserving their built environment. Preservationists understand the documentary resources available and are well-suited to tie culturally significant historical narratives to our contemporary city. This important contribution to improved social equity by organizations including Preservation Greensboro can be part of a change toward a more inclusive “narrative” of building pride of place and may lead to more equitable representation of and subsequent investment in communities subject to adversity and systemic racism.