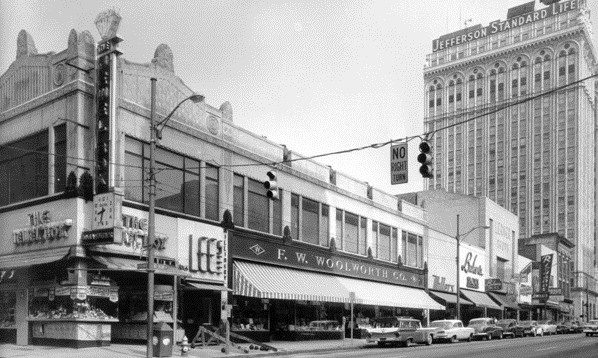 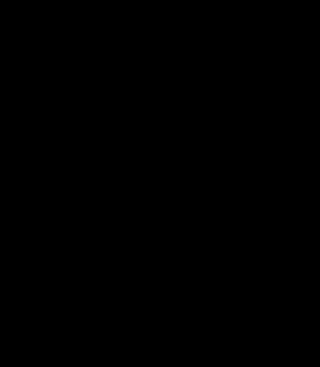 tailored and detailed by Hartmann, who earned a distinguished reputation in the Gate City by having designed such notable structures as the Hotel O. Henry and the Jefferson Standard Building both on North Elm Street, as well as Dudley High School on Lincoln Street and the Richardson Memorial Hospital on Benbow Road.

In his design for the Woolworth building, Hartmann blended classical elements with Art Deco motifs, including a stylized metallic frieze between the first and second story; a pediment flanked by roundels, and impressive classical acroteria.

An acroterion is a shell-like architectural feature often placed at the summit of the pediment or at a terminus of the roofline. In the case of the Woolworth building in Greensboro (image, right), the masonry feature is a petal-shaped ornament coupled with foliage and a floral design. Hartmann, it is clear, was enjoying a vivid representation of a little appreciated architectural feature.

This handsome structure that later became the site of the 1960 sit-in’s is not the Gate City’s only acroterion-clad edifice. Other buildings that sport the feature include the Masonic Lodge on West Market Street and the Carolina Theatre on South Greene Street. Both date from the 1920s.