Exuberant Mediterranean-Inspired Residence to be on Tour of Historic Homes 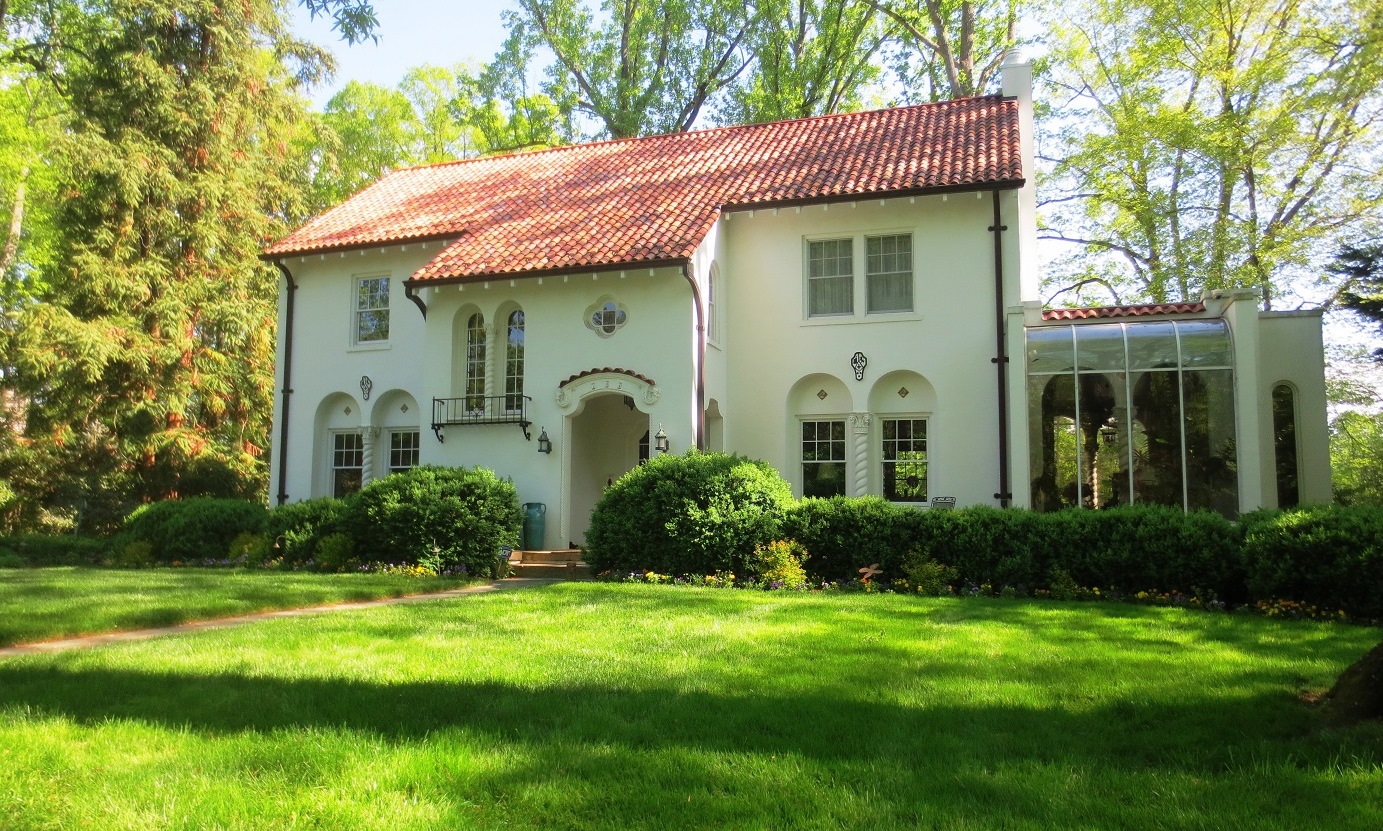 The Rachel and Harry Barton Residence, located at 104 Kemp Road West in the Hamilton Lakes neighborhood will be included in next month’s Tour of Historic Homes & Gardens.

Harry Barton (1876-1937) designed and occupied this eye-catching Mediterranean house with his wife Rachel (1875-1957). Barton was born in Philadelphia and attended Temple College. He completed a degree in architecture at George Washington University where he studied at the Beaux-Arts Institute of Design. After graduation, he practiced in Philadelphia and Washington D.C., in the Office of the Supervising Architect, for the United States Department of Treasury.

In 1912, Barton relocated to Greensboro with his wife where he joined the firm of Frank A. Weston, an architect who had arrived from Denver. There, Barton developed strong civic ties to the city and its citizens, to the extent that he established his own practice with a client base among the city’s industrial and financial leaders. Barton was one of the first licensed architects in North Carolina after a professional practice license act became law in 1915.

By 1918 he led the architecture committee for the new neoclassical Guilford County Courthouse on West Market Street. Barton was proficient in a broad selection of styles and building types. He designed classically inspired courthouses and municipal buildings, churches in Gothic and Colonial Revival modes, and numerous educational buildings.

For his own residence constructed in 1927 in the new suburb of Hamilton Lakes, Barton selected an exotic Spanish Colonial theme. The white stucco walls are contrasted against the red Spanish tile roof. A variety of window shapes and sizes are accentuated by Solomonic columns that twist as they rise.

In 1963, the Barton House was acquired by Francis and Edward Zane. Zane was born in Tennessee, and received a law degree from Georgetown University in 1921 followed by a master’s in accounting from Pace Institute in Washington, D.C., in 1923. He moved to Greensboro in 1929 to work for Burlington Industries as an accountant. He was promoted to Chairman of the Executive Committee of Burlington Industries and later the company’s Comptroller.

Zane served as Mayor of Hamilton Lakes when it was an independent community. After the town’s merger with Greensboro, he joined the Greensboro City Council in 1957. He held this position during the 1960 sit-ins, and students who participated in the sit-ins remembered Zane as a key figure in getting Woolworth and the Kress stores to agree to integrate. He served as chairman of the mayor’s Advisory Committee on Community Relations in 1961, and his high-ranking position with Burlington Industries provided him with a strong leadership position from which he could work with protestors to further integrate the city.

Patron’s Tickets are $75 each and include: tour ticket for the weekend plus an invitation to the Patron’s Gala on Thursday, May 14th 6-8pm. This special event will have live jazz music, hors d’oeuvres, wine, beer and a Silent Auction benefiting Preservation Greensboro. These tickets may be purchased at Blandwood or by phone with a credit card at 336-272-5003 x3.