A Guide to Greensboro’s Ante-bellum Buildings 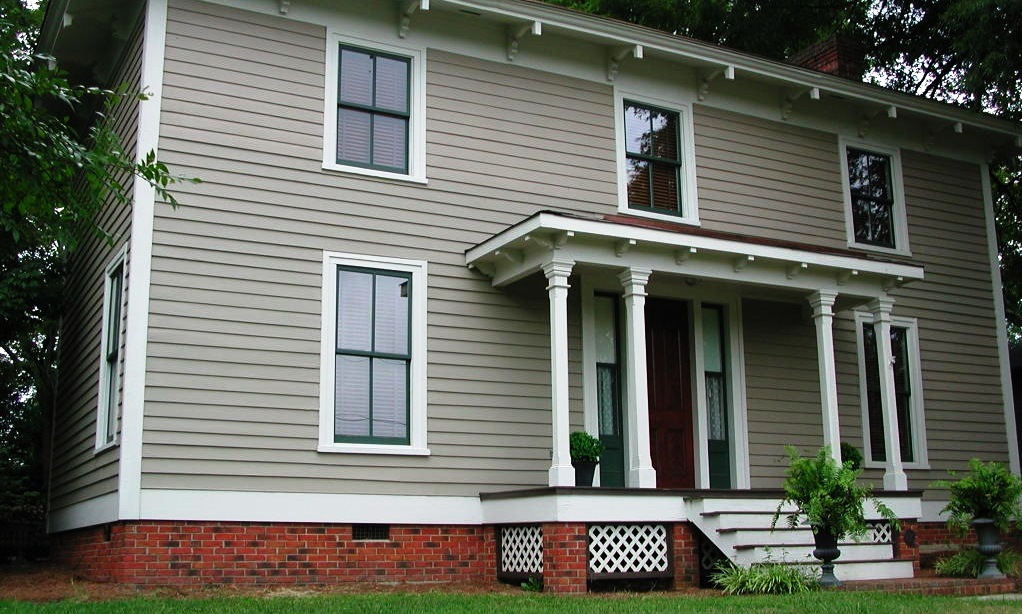 Guilford County was settled by Europeans as early as the 1740s, though its new county seat was not organized as Greensboro until 1808. The region was long recognized as the “Carolina Backcountry” through its position on the frontier of settlements along the eastern seaboard. As an early settlement, Greensboro and surrounding communities feature a significant collection of number of early American properties built before the Civil War. The Antebellum Period was an imaginative era for American architecture, encompassing Neoclassically-inspired Federal, Greek Revival, and Romantically-inspired Italianate and Gothic styles. However, these styles influenced by classical Europe were just a part of the region’s architectural lexicon. A majority of backcountry architecture adopted vernacular aesthetics that were influenced by pragmatic or traditional customs. In Greensboro, both building European and vernacular traditions can be traced and present a remarkable snapshot of American Architectural traditions…ranging from the vernacular corner-timbered (log) McNairy House to the nationally influential design for Blandwood Mansion.

Greensboro’s vernacular and mainstream building traditions were both influenced by the availability and access to local materials. Earliest structures took advantage of the region’s location in the southern mixed hardwood forest of oak, hickory, poplar and pine. Early settlers erected corner-timbered “log cabins” and later, timber-framed structures were erected before skilled builders utilized the region’s red clay. Later still, stucco was introduced to the region and challenged local traditions.

Log construction was the most cost-effective way to provide quick shelter in the backcountry during the first period of settlement. To do so, all an intrepid settler needed to provide shelter from the weather was an ax. Although log construction is essentially identical from 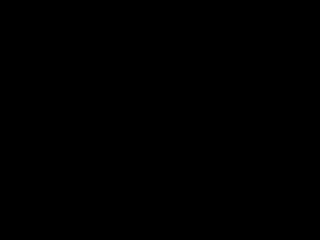 structure to structure (overlapping logs with interlocking carpentry at the corners), the technique of corner joinery varies by regional tradition. The McNairy House [image, right], a two-story late eighteenth century corner timbered relocated to the grounds of the Greensboro Historical Museum represents this earliest period of construction. The house features v-notch corner timbering that are covered by weatherboards. This pragmatic construction technique was ubiquitous in the region before the Revolutionary War, and is sometimes paired with simple vernacular or Federal Period embellishments such as window and door surrounds and fireplace mantels. The hall and parlor plan was also popular here in the Piedmont, allowing for a large multi-purpose “hall” and a more formal and intimate parlor for entertaining guests. Hall and parlor plan homes remained in use through the 1870s.

As the population grew more skilled in the late eighteenth century, more advanced construction techniques and architectural styles were introduced. The earliest portions of Blandwood Mansion at 447 West Washington Street exemplify this trend in which timber construction techniques advanced to frame construction. Timber frame structures use a system of joists and studs, and required greater carpentry skill and facilitate the use of windows, doors, and decorative trim. The earliest portions of Blandwood date to 1795 and 1825, and stand two stories in height with numerous double-hung windows and classically-inspired trim that represent the introduction of European influences to the region. Neoclassical mantels, chair rails, and door and window surrounds are found in the early portions of Blandwood and represent popular tastes as influenced by publications such as Asher Benjamin’s The American Builder’s Companion (1827) that incorporate Roman-inspired ovals and elipses of the Federal Period. 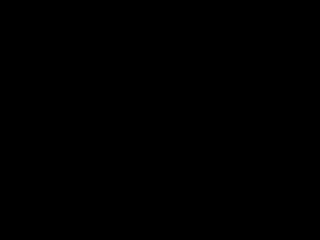 Other houses represent a later interpetation of Neoclassical style that emphasized Greek-inspired architecture. The Paisley House [image, right] was constructed around 1820. The home, built for Presbyterian minister William Paisley, features a symmetrical facade centered upon a handsome gabled portico. Supported by paired Doric columns topped by projecting Grecian Ovolos, the portico is backed by flat boards that mimic a Grecain stone surface.  The panalled main entry is topped by a bifurcated transome window. Dormer windows punctuate the roofline, and feature flush sheathing to match the portico’s tympanum. The Paisley House was relocated from West Market Street to 409 Hillcrest in the Westerwood neighborhood around 1930.

Another example of Greek Revial architecture is the Bumpass-Troy House. Located on Mendenhall Street in the College Hill neighborhood, the house is among the earliest documented brick homes in Greensboro. The home was constructed in 1847 and is one of a small number of residences in Greensboro sporting Greek Revival features, articulated through the use of Greek- inspired trim around the front door including eared surrounds. A full-height portico of masonry Doric 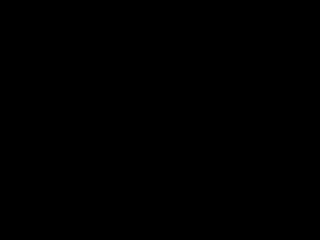 columns topped with Grecain Ovolos and an entablature round out the facade elements. Interior details include a center-hall plan with stairs located to the rear of a T-shaped hallway.

Another early brick home is the Michael Sherwood House at 426 West Friendly. The Vernacular-style house was probably built between 1849 and 1851 with simple Greek-inspired features such as the closed pediment side-gables, a bifurcated transom window above the double panel front door, and simple six-over-six windows. The grand Tuscan portico is an early twentieth century addition.The McConnell-Gray House was also originally on West Market Street, but now sits at 416 West Washington Street. The vernacular house was constructed around 1830, and stands as an example of a center-hall house plan. Although the original design features of the house were lost long ago, the three-bay façade and center-hall floor plan remain intact.

The house that changed the architectural landscape here and afar was Governor John Motley Morehead’s Blandwood. Though earlier frame portions of the home date to 1795 and 1822, it was the large addition designed by New York architect Alexander Jackson Davis in 1844 that became an influential model throughout Greensboro and beyond. Located at 447 West Washington, the Governor sought an architectural style to visually exemplify his progressive politics and to serve as visual proof that North Carolina was just as stylish and in vogue as New York City.

The new addition to Blandwood [image, right] was constructed with solid load-bearing brick walls, and the exterior surface was covered in stucco to resemble the architecture of Tuscany. The use of stucco before Blandwood was virtually unknown in Guilford County, though examples stand in nearby Salam. However, the form of the center-hall house was punctuated by the use of a prominent central tower. This form later served as a prototype for towered houses across the nation. Other features of the Davis-designed wing are more subtle, but arguably more popularly influential, including the low hipped roofline, the wide overhanging eaves supported by exposed rafters, the large bay windows that brought the outdoors to the indoors. Interior appointments are simple, including post and lintel marble mantels, marbled wood baseboard with molded caps, and window and door sorrounds that incorporate pilaster and entablatures.

Italianate Influences on the Vernacular

The design reform precipitated by Blandwood influenced across the region as builders sought to incorporate Italianate features into their vernacular designs. The Walker-Scarborough House (top, masthead) located at 911 McGee is likely one of the earliest of these homes. Constructed around the time of the marriage of William Walker to Letitia Morehead in 1848, the center-hall plan house is an early example of the Italianate style, and illustrates the influence of the Morehead home place, Blandwood, on the local vernacular. The timber frame house shares features from Blandwood, including an unusually low-hipped roofline and wide overhanging eaves with exposed rafter ends. Inside, appointments are typical to the Carolina Piedmont including a center-hall plan with steep stairs flanked by two equal rooms with end chimneys.

Other homes in Greensboro represent the influence that Italianate style had on simpler vernacular houses in the city and surrounding countryside. The Albright House at 3101 West Friendly Avenue across from Friendly Shopping center is thought to date from 1850. Likely the same age, the Cummings House at 908 Cherry Street in Fisher Park is likely the oldest house in that neighborhood. Both residences feature low, hipped rooflines, symmetrical façades, and articulated rafter ends that mimic the appearance of the Walker-Scarborough House in College Hill. The Albright House features an intact center-hall plan and an early twentieth century portico, the Cummings House plan is not yet known.

The Wilson-Andrews House (Boxwood), at 102 S. Mendenhall is thought to have been constructed around 1856. The grand home now includes a great deal of ornate trim and architectural detail salvaged from residences in the city that were destroyed in the 1950s. The Bay windows, eave brackets, finials, and some interior features were salvaged from Bellemeade Mansion; gable ornaments were salvaged from the W. C. Boren House in Pomona, and door and windows were recycled from other doomed Greensboro sites. The resulting house is an amalgam of architectural styles representing many periods of Greensboro’s history. 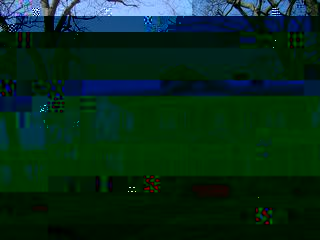 Gothic Revival-inspired designs in Greensboro began with the David Weir House [image, right] at 223 North Edgeworth. Erected 1850s and attributed to architect W. S. Andrews of Columbus, Ohio, the Weir House originally featured a traditional center-hall floor form (now modified), but exterior details include an exuberant double-tiered gallery porch with a centeral gable and eaves fringed with decorative sawnwork – an unusual Gothic detail that only survives in Greensboro in this house. Other Gothic homes in Greensboro date from after the Civil War. The style is rare in the southern states due to its narrow windows and high roofline that reduced ventialation and increaded heat capture respectively. Greensboro’s posr war examples feature a full-range of identifiable features of the Gothic Revival style including pointed arches, steeply pitched roofs and front facing gables sometimes with delicate wooden trim called vergeboards or bargeboards.

Of Greensboro’s antebellum buildings, commercial structures have not survived as well as residences. No known downtown commercial buildings remain from before the Civil War, though the foundations of Greensboro College on West Market and portions of the Pioneer Foundry buildings at 400 East Washington are thought to have been built just before the War. The Pioneer Foundry retains load-bearing masonry walls and stepped gables of early industrial structures. Further afield, the Buffalo Presbyterian Church at 803 Sixteenth is thought to be the earliest brick building in the city limits. Dating back to 1827, the structure features paired entrances in its front gable and handsome brickwork, though its early appearance was heavily altered with a new portico and trim in the early twentieth century.

The Gate City is not the only hotspot for antebellum buildings in Guilford County. High Point features the oldest documented structure (1786), Whitsett sports the oldest post office (1799), and Jamestown is the location for the oldest industrial building (1832). In fact, there is a well-studied vernacular house-form that exists throughout the county that is not represented in Greensboro at all!