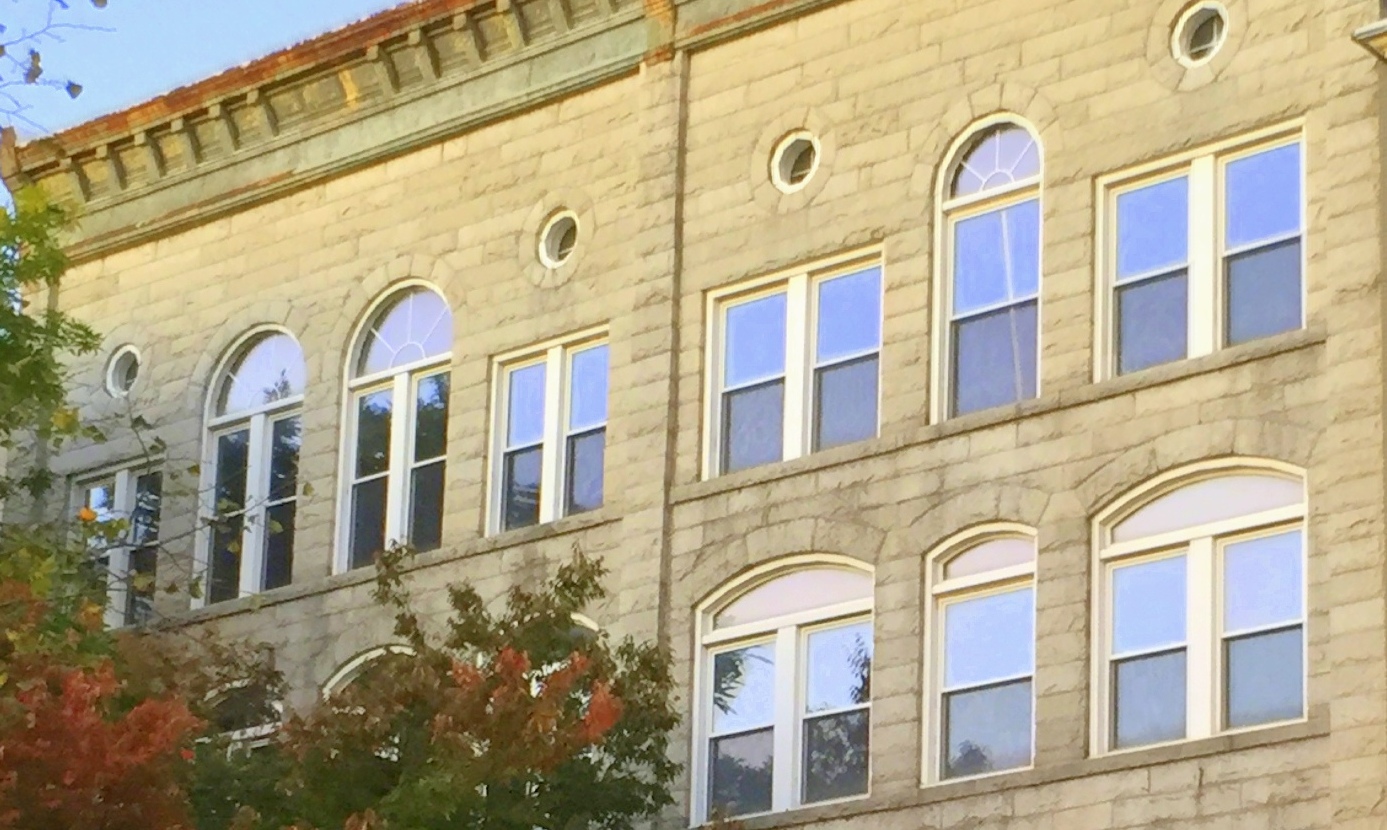 Mrs. Sol. Weill purchased the site of 314 South Elm Street in July of 1898 with the intention of building a sizeable structure to house the Simpson-Shields Shoe Company. Greensboro-based contractor and stonemason Thomas Woodroffe worked on an aggressive schedule to complete the building by December 1st of that year. Three months later, she acquired the lot at 316 South Elm Street, and began planning a larger building.

In October 1898, the Greensboro Telegram reported “Mrs. Sol. Weill has decided upon the plan of the building she will erect by the side of the one being built for the Simpson-Shields Shoe Co., and it will be a credit to the city. It will be the largest business house in Greensboro being 150 feet long by 31 ½ feet wide and five stories high, with a cellar in the rear, making this part six stories. The building has already been leased for a term of five years to the Merchants’ Grocery Company who will move into it as soon as completed. This building is to be fifty feet longer and six feet wider than the Simpson Shields Shoe Company’s, though otherwise the plans of each building will be the same. The front of both will be entirely of granite cut in different shapes making a lovely front. The Merchants’ Grocery Co., and the Simpson-Shields Shoe Co. are two of the largest and busiest wholesale houses and have come to stay and grow. The congratulate both of them together with Mrs. Weill.”

Mrs. Weill was Ella Fishblate Weill (1863-1931), the daughter of Solomon H. Fishblate. “Sol” Fishblate served as Mayor of Wilmington, NC for two terms. Ella married Solomon Cohen Weill of Wilmington in 1887. Solomon “Sol” Weill (1864-1898) was a notable figure during North Carolina’s Reconstruction Era. He was born in Charlotte and moved to Wilmington as a child. He graduated from UNC in 1885 as valedictorian, and returned to the university to teach Greek. In 1886 he earned a license to practice law and returned to Wilmington where he worked in the law office of Charles Manly Stedman.  In 1893 he received the appointment as United States District Attorney for the Eastern District, a post he surrendered when he and Ella moved to New York City in 1896. There, he formed the law firm Weill & Mayer. In New York he was elected to the state legislature as one of the Tammany candidates, only to be removed from office when his election was declared illegal by the New York Supreme Court in January 1898. He and Ella lived in the c.1890 San Remo Hotel in Manhattan and had two daughters, Laura and Helena.

At only 34 years old, Weill died on April 28th, 1898 after a six month period of declining health associated with his stomach.

Ella Weill received $20,000 on a life insurance policy on her husband, and moved to Greensboro to be with her family, and it was in the Gate City that she embarked on her real estate ventures. With her settlement, she acquired a lot on former Mayor Cyrus P. Mendenhall’s land on South Elm Street on which she sought to build an impressive commercial store house for Simpson-Shields. The first building was followed by the the larger addition described above, and represented an unusual occurrence of a woman owning and managing a property investment twenty years before she was able to vote. The property was next door her brother’s Fishblate-Katz Company building. Ella’s youngest daughter, Helena, died of blood poisoning in 1916. Her eldest daughter, Laura Weill married David Stern, and widowed, married Julius Cone. She was a civic leader in Greensboro, exemplified by her service as the first woman on the Guilford School Board in 1917. She held political influence as Treasurer and Vice-President of the Greensboro Equal Suffrage League, where she worked alongside notable leaders including Gertrude Weil and Louise Alexander. She died in 1970.

Later occupants of the Weill Block included Scott Seed Company (image, right), and recently Miller Furniture. As of December 2021, the building is available for purchase and restoration.