Walter Gropius in the Gate City 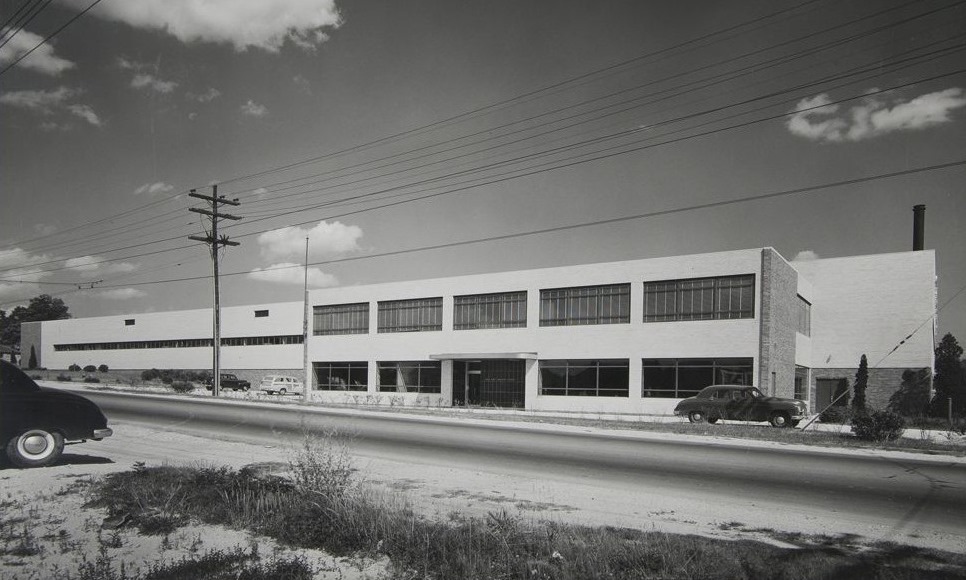 “Less is More” is the well-known edict of the German design school Bauhaus, and Walter Gropius was Bauhaus’s founder. In Greensboro, one building is attributed to the world famous designer that helped introduce modernist design principles to the American public.

A native of Berlin, Gropius was an architect and art educator who founded the Bauhaus in 1919. The school became a voice in architecture and the arts for the then-radical belief that design should be both functional as well as aesthetically-pleasing.

In the world or architecture, the Bauhaus school advocated a functional and machined architectural style that eliminated surface decoration and extended the use of glass.  Gropius left Nazi Germany secretly in 1934 and eventually joined the architecture faculty of Harvard University where he introduced Bauhaus concepts and design principles to a generation of American architects.

Gropius worked on a series of projects across the globe, including Columbia, Mexico, the United Kingdom, and Greensboro before forming the Architects Collaborative in 1945. Among the Colaborative’s commissions were the U.S. Embassy in Athens and the University of Baghdad.  The Pan Am Building (now the Metropolitan Life Building) in New York City was one of his later designs, developed in collaboration with Pietro Belluschi.

His Greensboro project, annotated in his records as “Entwurf für eine Fabrik (Design for a factory) in Greensboro, North Carolina,” was constructed between 1944 – 46 on East Market Street as a local facility for Container Corporation of America. The expansive industrial building features Gropius’s trademark banded windows, multi-colored brick, and clean, plain walls. The main office exhibits large windows overlooking Market Street, and a small landscaped plaza. Unlike most industrial buildings of the time, Gropius presented a pleasing facade to the the public street while relegating loading areas and venting to the rear. Copies of the drawing and early photos can be found in the Harvard Art Museums collection.