Will The Pomona Cotton Mill Be Landfill? 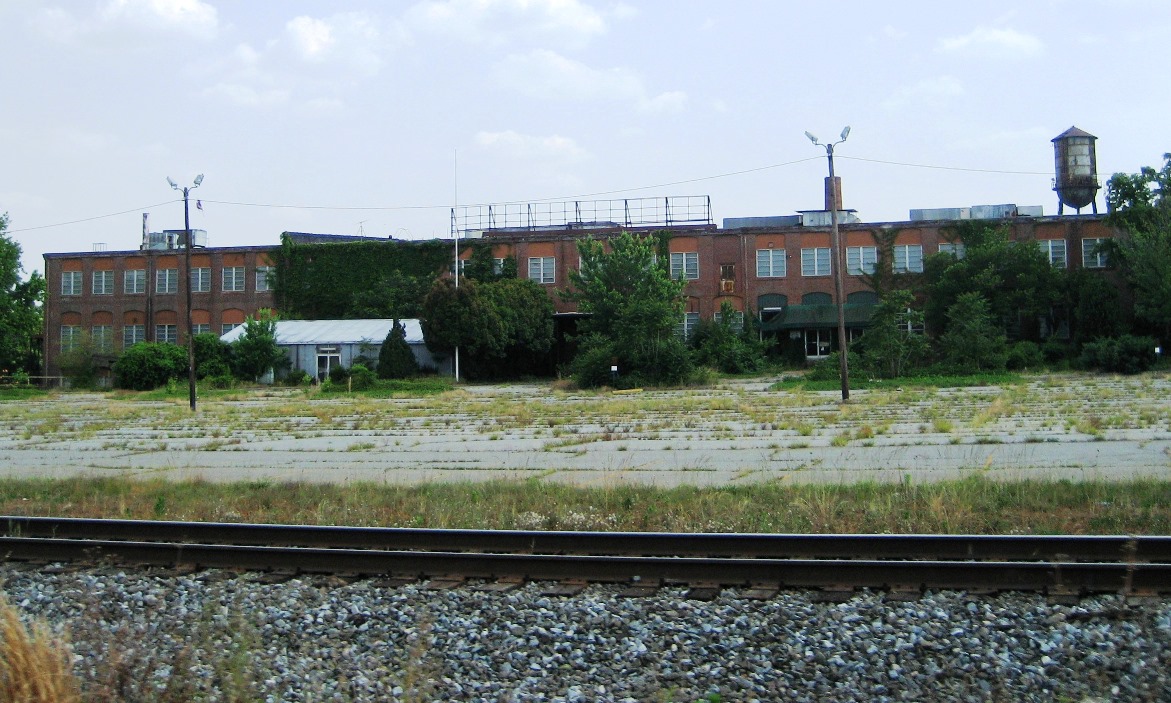 The Pomona Mill located at the corner of Spring Garden at Merritt Drive, appears to be headed for destruction.

The history of the mill dates back to 1897, when construction began on the complex for the Hunter Manufacturing and Commission Company. Later, this company was renamed Pomona Cotton Mill. Its simple two- and three-story, brick buildings stood alongside the main railroad tracks to Winston-Salem. Several wings were added to the original structure throughout the 1910s. Its style of architecture was found throughout the American South, and related Greensboro visually to other textile towns across the region.

Changing dynamics in the textile industry caused the mill operations to close in the 1950s. In the 1970s the sprawling complex was adaptively reused as an outlet mall, among the first examples of adaptive reuse of historic buildings in the city of Greensboro. Cotton Mill Square, as the mall was known, contained dozens of stores, including Linens ‘n Things, Famous Footwear, Dress Barn, and Burlington Coat Factory.

Pomona Cotton Mill was listed to Preservation Greensboro’s Treasured Places Watch List in 2005. In recent years, the building has been neglected by its current owner. The deteriorated condition of the complex illustrates the practice of “Demolition By Neglect”, a process in which owners of historic buildings deliberately allow the structure to fall into a poor state of repair, to the point that demolition becomes an accepted remedy. The process is detrimental to the preservation of our environmental resources, the cultural resources associated with the building, Greensboro’s efforts to reduce landfill material, neighboring land values, and the city’s tax base.

The property had the potential to take a high-profile role as student housing integrated into the newly dedicated bicycle route along Spring Garden Street to the UNCG campus. The site was listed on Preservation Greensboro’s Treasured Places Watch List in 2007. Likely eligible for listing on the National Register of Historic Places, redevelopment could be done in a way that would secure federal and state historic preservation tax credits that would amount to 40% of the project’s costs. For the city of Greensboro, the loss of this redevelopment opportunity and recuperation of these credits is money left on the table.

Though its history is little appreciated by some, this example of Greensboro’s industrial history illustrates an important chapter in how the city grew to become one of the largest cities in North Carolina. Time will tell how this chapter of history will turn out, but it certainly does not look positive.

NOTE 2/20/08: Greensboro might be losing a landmark property, but the site’s owner is doing quite well, with sales of $200,000 per truckload.