Tudor House With a Preservation Past on Tour in Fisher Park 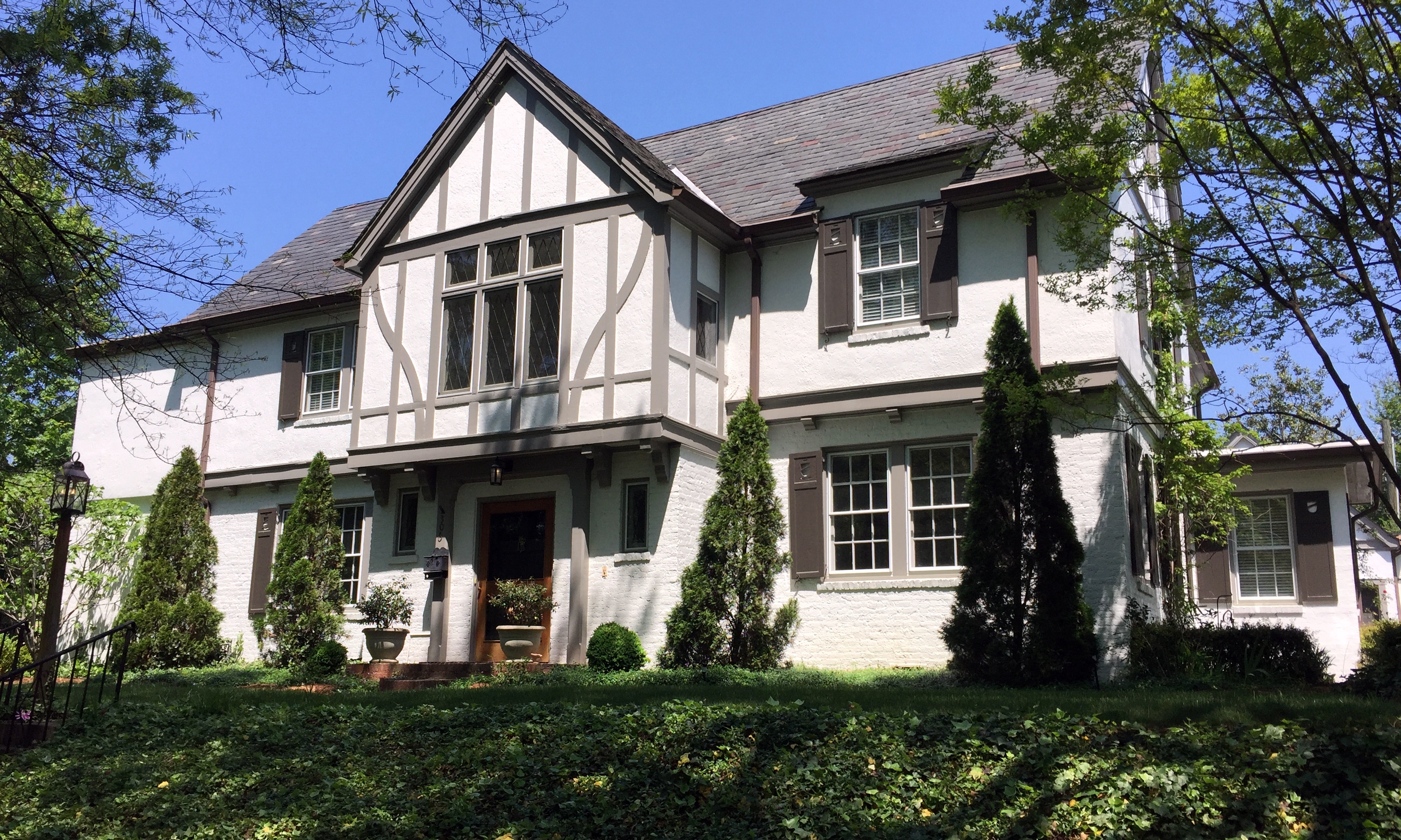 The Lindeman House at 306 Parkway Street in Fisher Park has a remarkable past. Its builder and at least two subsequent owners were capable women with a statewide influence in historic preservation. In addition to its history, the house is representative of an architectural style that was gaining popularity in the 1920s just as the last empty lots in Fisher Park were constructed. The house is one of eight that will be open as part of Preservation Greensboro’s Tour of Historic Homes & Gardens.

Mae Elliott Lindeman was issued a permit for the construction for her home in October 1926. Interestingly, it was Mae who was referenced, not her husband, Sidney. The house was designed by architect Harry J. Simmonds and built by contractor George W. Kane at a cost of $20,000. Upon completion a profile of the house in 1928 stated, “This is the attractive home of Mr. and Mrs. S.O. Lindeman on Parkway in Fisher Park. It is considered one of the show places of that section of the city. Set off to advantage by its elevation from Parkway on which it is located, this home is a source of constant delight to the owners and never fails to attract the admiration of visitors.”

The Tudor-style house features restrained details common to the style, including a half-timbered second floor of a projecting central pavilion and an overhanging second floor supported by brackets. Other charming features include a wall dormer to the right of the central pavilion, diamond leaded glass windows, and shutters featuring a shield cut-out. Originally, the brick of the first floor was unpainted, and the dark timbers of the second floor were contrasted with lighter colored stucco. The gardens of the house once extended northwest to Bessemer Avenue and were the pride of Mae Lindeman and later, Maude Latham.

Mae and Sidney Okes Lindeman built the house on the primary avenue of the Fisher Park, Extended, neighborhood. Laid out by J.E. Latham in 1916, the development continued real estate interests from old Fisher Park to the north and west. Mae was from Missouri and had a long interest in gardening. Sidney was a native of Cincinnati, Ohio. The couple lived in Richmond, Virginia, before moving in 1924 to Greensboro, where Sidney served as the Carolinas manager for Frigidaire and the Domestic Electric Company (Delco) though he transitioned into the insurance business in 1929. The couple had four children: Edith, David, John, and Betty Ann.  An African American couple, Mary and Frank Young, served as a cook and butler and lived on the premises. Sidney held numerous leadership roles in the community, including campaign director of the Community Chest fundraising efforts and president of the Greensboro Advertising Club.

In January 1931 the house was purchased for $24,000 and placed in the name of Lula Hagedorn of West Point, Georgia. Lula was the mother of Hayman Hagedorn, a nationally prominent road builder based in Greensboro. Hayman was discovered by his wife, Frances, to have a paramour named Aileen Bennett in Clarion, Pennsylvania. The affair and 1935 trial were front-page news in Greensboro. Frances sought ownership of the Parkway property along with alimony, but after a mistrial and a new jury trial, the property was sold in 1938 to benefit her alimony settlement. The buyer, David Fiske, owned the house until selling it to Maude and J.E. Latham in 1944.

James Edwin Latham was a former cotton broker who developed the Parkway property as part of his Fisher Park, Extended, development. This house was his and his wife’s retirement home, and they remained at 306 Parkway until their deaths, James Edwin in 1946 and his wife, Maude, in 1951. The property passed to their daughter May Gordon Latham Kellenberger upon Maude’s death. The mother-and-daughter team is notable in North Carolina history because they worked on rebuilding Tryon Palace in New Burn, Maude’s birthplace. Their most productive years in the project were accomplished from the Parkway house. The Associated Press reported her death “came in her 80th year and at her home at 306 Parkway, where walls were papered with city maps she studied to aid her in working with the city’s Planning and Zoning Commission.”

Upon the death of May Kellenberger, the property was passed to Ruth Smith, a cousin and principal heir of Kellenberger’s estate in 1996. From her estate, the house was sold to Margaret and Robert Kantlehner in 2003. They have maintained the house with few changes, including an updated kitchen and French doors in the living room. The house is included in the Fisher Park National Register and local Historic Districts.

This house was opened for tours in 2017 as part of Preservation Greensboro’s 7th Annual Tour of Historic Homes & Gardens.