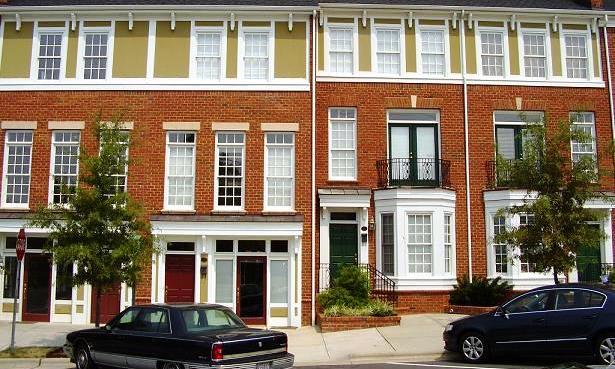 For most of the twentieth-century, Greensboro was one of the region’s economic power-centers, fueled by three highly profitable manufacturing sectors: textiles, tobacco, and machinery. Corporate names such as Cone Mills, Lorillard Tobacco, and Carolina Steel were synonymous with the Gate City, and Greensboro grew as employment in the three sectors swelled. As recently as 1980, few could comprehend of the pending changes in global economics that would reduce the manufacturing footprint in the city to a fragment of its former size.

The collapse of the manufacturing sector is not isolated to Greensboro. Every American city has faced challenges in retaining industrial jobs over the past quarter century as employers relocate facilities to foreign shores where wages and production costs are lower. In response, America’s cities have, in the words of John H. Alschuler, Chairman of HR&A Advisors, “become centers of culture, education, and health care.” Metropolises once known as manufacturing and service centers are reinventing themselves as intellectual centers. The Gate City, home to seven institutions of high learning, is being transformed into an intellectual power house for the twenty-first century.

In recognition of this historic shift, and in anticipation of the looming growth of Greensboro’s educational institutions, Mayor Yvonne J. Johnson recently hosted an U. S. Environmental Protection Agency-sponsored roundtable that brought together the city’s colleges and universities, the City of Greensboro and local community leaders, along with nationally recognized professionals and consultants, including Alschuler.

The forum, held here on the campus of Blandwood Mansion in downtown Greensboro, opened a dialogue regarding Greensboro’s future growth and development. Initiated in the spring of 2007, the City of Greensboro sought assistance from the Environmental Protection Agency to formulate sound growth strategies that benefited institutions and their surrounding established neighborhoods. In response, the EPA brought together a consortium of skilled consultants and advisors who reviewed some “best practices” that identified common goals between institutions that may serve as launching points for collaboration with their surrounding neighborhoods such as College Hill (image, upper right).

• Re-imaging Greensboro as a “college town.” Opportunities exist to enhance Greensboro’s reputation as a college town by tapping into established efforts of area educational institutions. By collaborating on performing arts in the community, continuing education programs, student-centered local businesses, or developing tourism through parent and alumni-oriented events, Greensboro’s quality of life and image can be improved. In enhancing the city’s quality of life, efforts can be focused to mitigate the impacts growth on the environment by making smart choices regarding transportation, growth patterns, energy usage, natural resources and waste.

• Examining the university’s development needs and its impact on neighborhood stability. Several of Greensboro’s colleges and universities have already initiated shared off-campus development projects, including the Gateway University Research Park, but additional resource-saving ventures may be in the future, such as shared intramural sports facilities, performing arts centers, dormitory space, or additional multidisciplinary educational and research centers. These projects have the opportunity to positively impact their surrounding neighborhoods by working with area nonprofits and neighborhood organizations to improve building standards, prevent crime, expand opportunities for student housing, entertainment and work centers.

• Enhance economic development partnerships with institutions. Greensboro’s colleges and universities provide a key role in invigorating Greensboro’s economy through the development of jobs cultivated through university-based technology research. In identifying opportunities for “spin-off” efforts, development coordination and branding the community by building awareness of current projects and initiatives, Greensboro can build momentum in reconstructing its economy through its institutions.

Examples abound of innovative projects that brought together town and gown. Tony T. Brown, President and CEO of the Uptown Consortium, Cincinnati, OH shared a laundry list of collaborative efforts initiated through Cincinnati’s Uptown Consortium, a non-profit organization made up of the Uptown’s five largest employers: Cincinnati Children’s Hospital Medical Center, Cincinnati Zoo & Botanical Garden, The Health Alliance of Greater Cincinnati, TriHealth, Inc. and the University of Cincinnati. In recent years, over $400 million has been invested in the neighborhood through redevelopment, new construction (image, middle right) and neighborhood preservation initiatives (image, lower right). Such projects would be a boon for Greensboro’s institutions, and could strengthen established neighborhoods for preservation and investment.

In its 200th year, Greensboro is poised to enter a new economy that is radically different from the manufacturing reputation it earned in the twentieth century. The Gate City’s intellectual roots run deep, inspired by early African American, Quaker, Methodist, and Scotch-Irish settlers that valued then-radical ideals of equality and education for all citizens. It’s a strong base on which to build a future, and the city is well poised to strengthen its position in the region. With careful planning and coordination, the city has the opportunity to enter this new era …smartly.