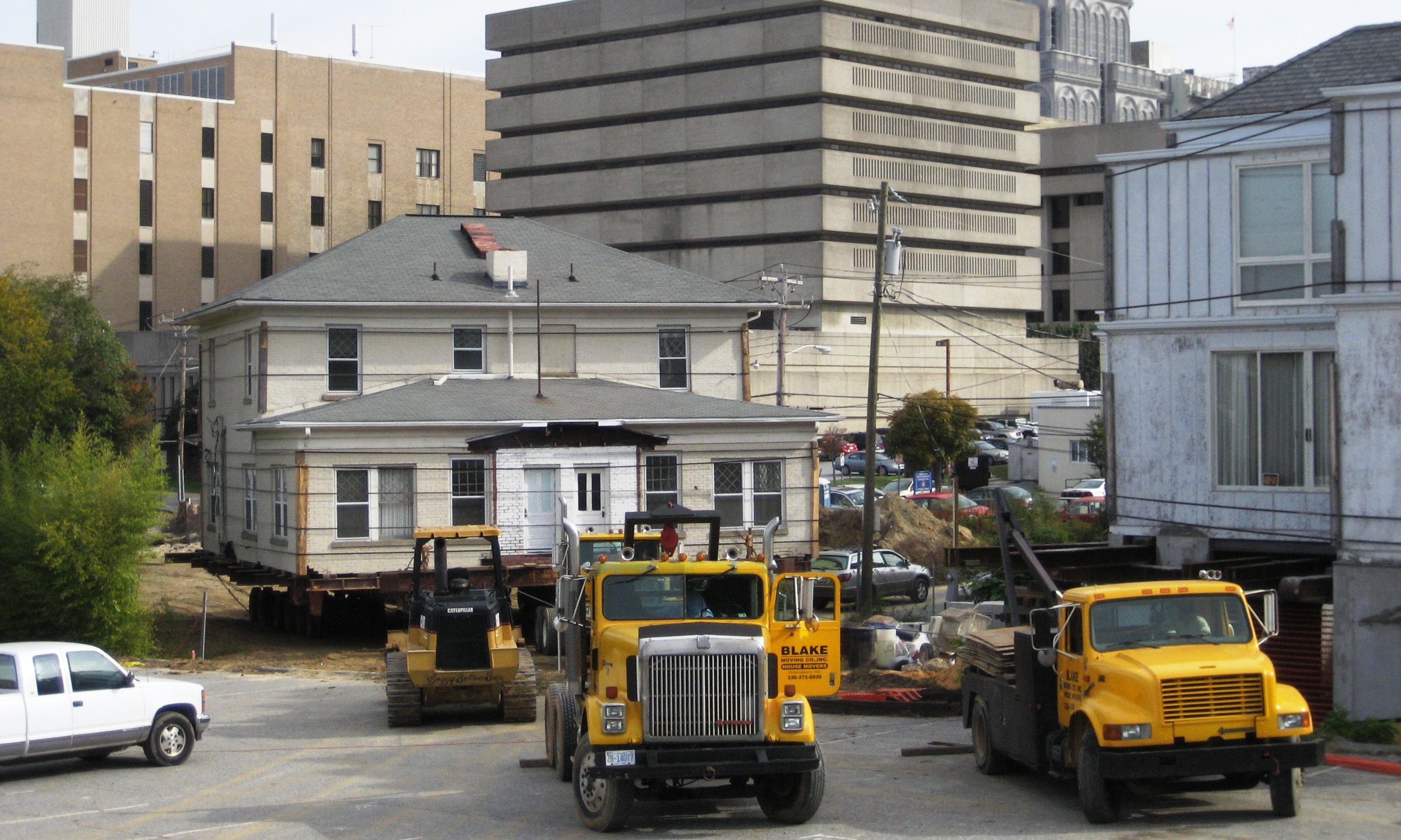 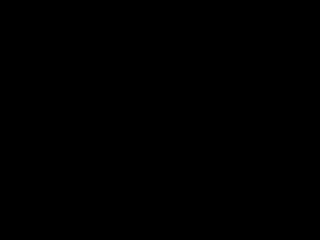 A two-story, 90-year-old duplex located at 208 Blandwood Avenue has been lifted off its original foundation in preparation for a mid-block move that will reposition the house on one of downtown’s highest profile intersections. The house will then be restored for commercial uses by the Zenke family.

In December 2008, the first historic building on the site of the planned jail, the McConnell House, was moved to Washington Street. On September 19th, a second old house on the block was relocated to North Cedar Street. That home is currently under restoration with a new foundation being completed beneath it this week.

The duplex was constructed around 1920, and takes the form of an American Foursquare – a form of building inspired by architect Frank Lloyd Wright featuring a pyramidal roofline, broad overhanging eaves, and a symmetrical facade. Unusual features of the building include diamond-pane upper window sash and concrete window sills. The building was originally built for residential use, but was adaptively reused as studio space for Zenke Interiors.

The historic structure will find a new home at the corner of West Washington and Edgeworth streets, directly across the street from Blandwood Mansion. The building will enjoy a highly visible location for traffic heading into downtown Greensboro from US 220 south. In addition to keeping the building out of the landfill, the relocation will – along with the previously-moved McConnell House – build a pedestrian-friendly streetscape west along Washington Street in a block previously dominated by empty parking lots and overgrown vegetation.

The move is being facilitated by the Preservation Greensboro Development Fund, a subsidiary organization of Preservation Greensboro that focuses on real estate opportunities involving historic sites and buildings. In this case, the Fund directors negotiated with city and county government officials to orchestrate the move, and sought financial subsidies in exchange for permanent preservation covenants. These covenants will be monitored by the Fund and serve to ensure that the structure is preserved into future. The house would likely not have been preserved without the Fund’s involvement.

The actual move will occur within the next two weeks.