The Price of History: Warnersville Landmark Threatened With Demo 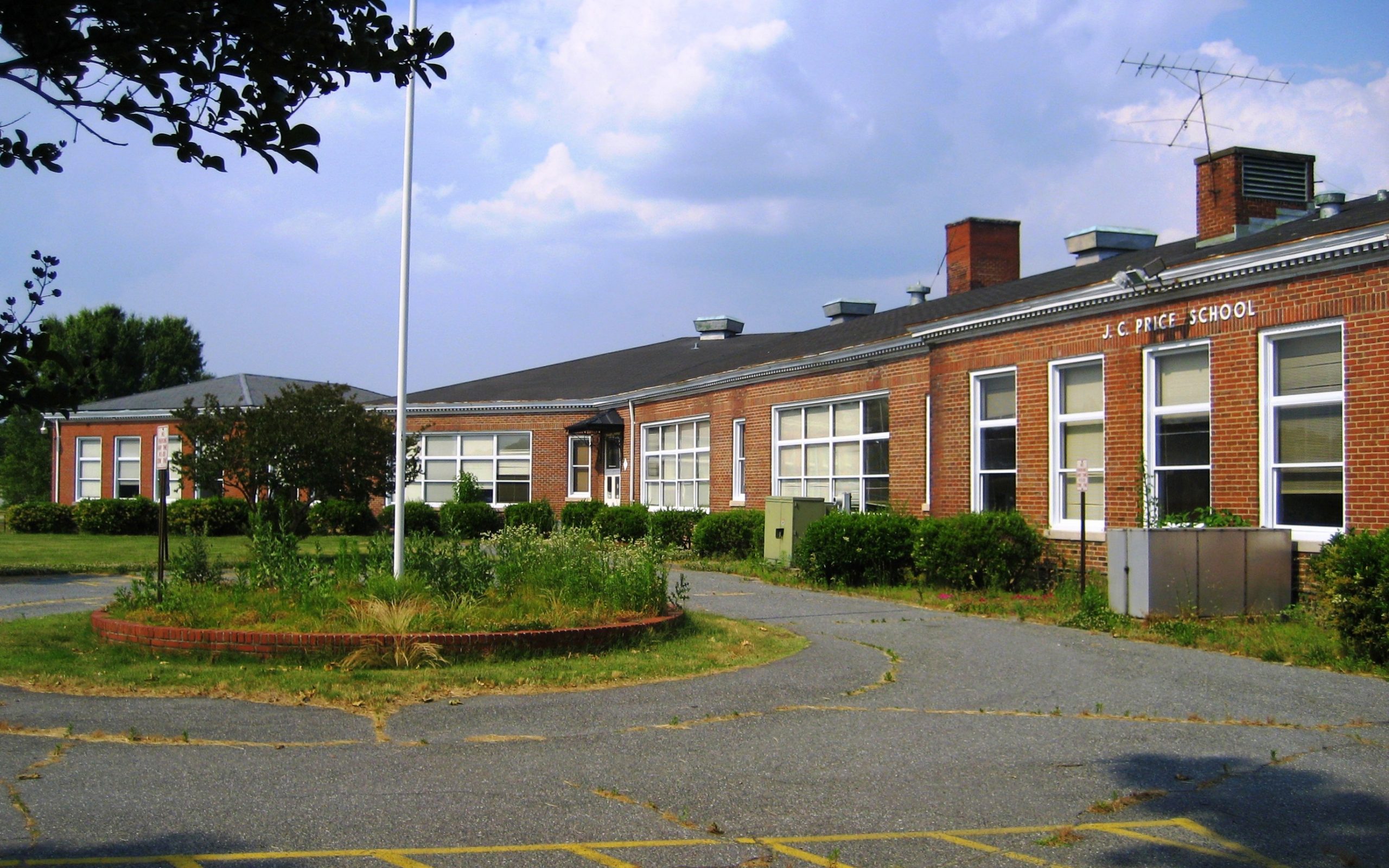 When Yardley Warner, a Quaker missionary from Philadelphia, purchased 34 acres of land just outside of Greensboro’s city limits in 1867, he established one of the most unique communities planned for African American freedmen in the country. Today, the J. C. Price School is all that is left of this chapter of Greensboro’s history. Much of the neighborhood was destroyed in the 1960s through urban renewal, and a modern subdivision and wide thoroughfares replaced humble homes, gardens, and community church.

The school was named for Dr. Joseph Charles Price (1854-1893), the son of an enslaved man who served as a minister, lecturer, and founder and president of Livingstone College in Salisbury.Dr. Price was born near Elizabeth City , the son of Emily Pailin, a free woman of color and Charles Dozier, an enslaved man. As he was born to a free woman, young Joseph was a free person. His father was sold to Baltimore, Maryland for his skills as a ship’s carpenter, but Joseph was adopted by his stepfather, David Price. His mother, however, remained a powerful force in the young boy’s life, and she moved to New Bern in order to enroll her son in St. Andrews Parochial School. Later, he entered Shaw University to study law. After attending Shaw University, he enrolled for four years at Lincoln University in Pennsylvania, where he was selected as valedictorian of his class in 1879. He then attended the school’s Theological Seminary to further his education. Price led a remarkable life of travel, inspiration , and leadership. He died suddenly in 1893, and is buries in Salisbury.

Price School was constructed in 1922, which distinguishes the building among the oldest schools in the city. The school was named for Price as in inspiration to the Black community and its young people. J. C. Price is known to have visited Greensboro frequently, notably he officiated the wedding of Emma Unthank (daughter of Harmon Unthank) and Rev. W. H. Goler in 1888. When he died of Bright’s Disease, the Greensboro Patriot newspaper stated “Dr. Price was one of the greatest orators of the negro race, and was well known, having lectured in many leading cities both in America and Europe.”

The school and its property have been purchased by Greensboro College to accommodate needs for expanded practice fields.

ADDENDUM: The Salvation Army Boys and Girls Clubs of Greensboro acquired the historic Price School from Greensboro College. The building was destroyed and a new faculty was erected on the site. The bricks salvaged from the 1922 school will be used in the new Whittington Street central campus, which will include a child care center, and a multipurpose sports complex, built by the foundations of baseball star Cal Ripken and NASCAR driver Kevin Harvick. The campus, scheduled to open in the fall of 2016, officially is known as the Salvation Army Royce and Jane Reynolds Center for Worship and Service and Boys & Girls Club.