The History of the Preservation Movement in Greensboro 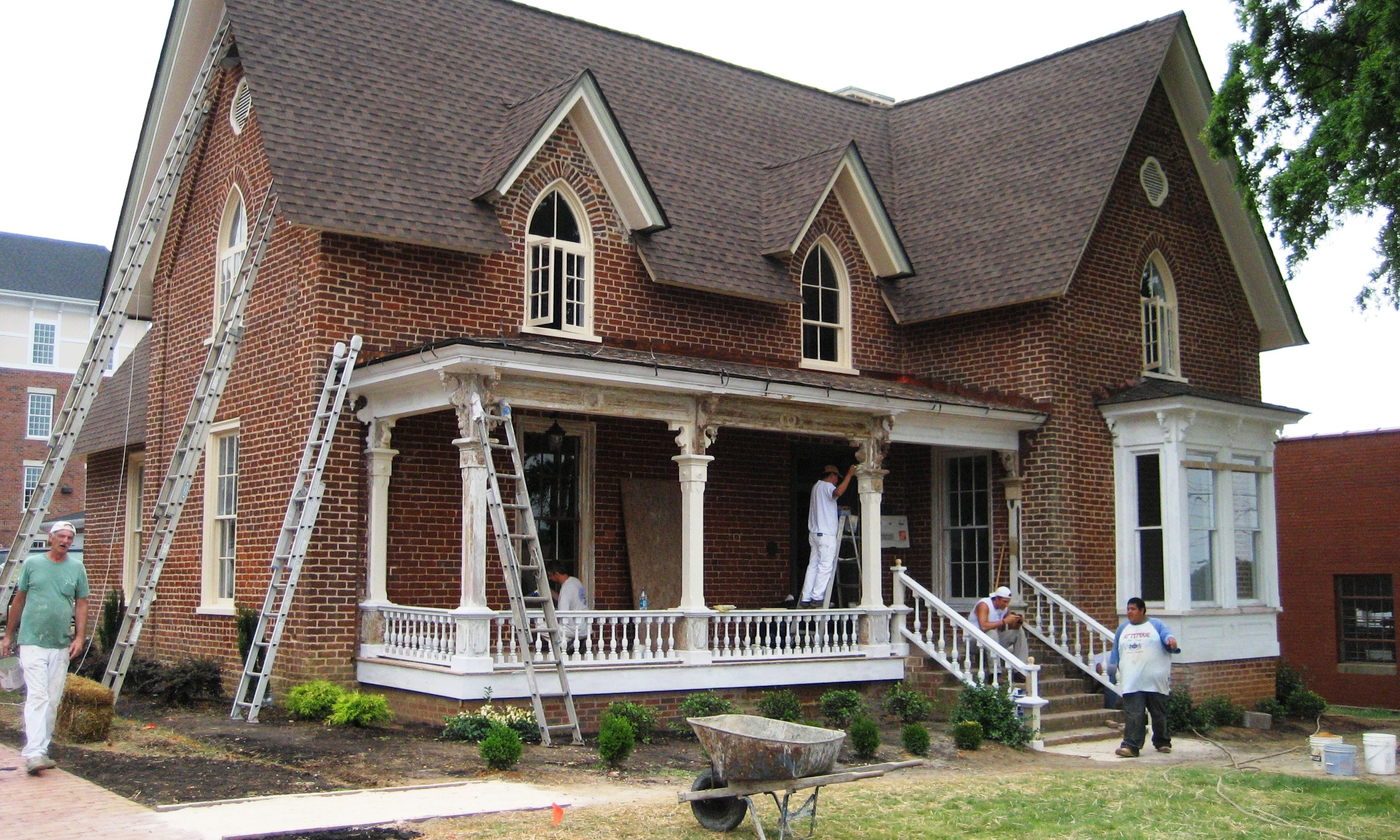 The preservation movement has been active in Greensboro since 1887, when the Guilford Battleground Company was organized to preserve the Revolutionary War battlefield just north of the city. Other early projects in the city included the preservation of the Weir House on North Edgeworth Street for use as the headquarters of the Greensboro Women’s Club in 1921, and the adaptive reuse of the campus of First Presbyterian Church on Summit Avenue for the Greensboro Historical Museum in 1939.

Efforts to establish a city-wide preservation organization began in 1951 when mayor Robert Frazier, concerned by the alarming loss of anti-bellum houses in the city, initiated efforts to preserve Blandwood Mansion on West Washington Street. His action led to the creation of the John Motley Morehead Commission by State Legislature in 1959 to preserve Blandwood. Though the Commission was not funded, fundraising towards the acquisition of Blandwood began in earnest with the incorporation of the Greensboro Preservation Society in 1966. Although the organization was created to promote historic architecture throughout the city, its primary concern was the immediate preservation of Blandwood.

Throughout the late 1960s and early 1970s, preservation in Greensboro revolved around raising funds to restore and interpret Blandwood as a museum. With the restoration of the Blandwood Carriage House, replanting of the property’s gardens, and refurnishing of the mansion well underway, the house opened for tours in the nation’s bicentennial year, 1976.

Enthusiasm for historic preservation grew quickly in Greensboro in the late 1970s and early 1980s, encouraged by national tax credits and a rising interest in the city’s Victorian-era architecture. A flurry of individual National Register designations that represented key early commercial, industrial, and residential architecture included the Jefferson Standard Building in 1975, Wafco Mills in 1979, the Bumpas-Troy House in 1977, and the Green Hill Cemetery Gatekeeper’s House in 1979.

In 1974, the Greensboro Community Development Program prepared a study entitled The Summary Report: Toward A Better Community which recognized the importance of “close-in” neighborhoods surrounding the downtown. In that report, recommendations were made to preserve the residential character of these neighbrohoods by encouraging reinvestment and establishing neighborhood protection policies in terms of design review. The College Hill neighborhood was quick to follow these recommendations, and beginning in 1976 began a planning process fundied through a Community Development Block Grant to inventory its architectural resources and to develop action steps for investment. This led to Greensboro’s first locally designated historic district that was established in the College Hill neighborhood in 1980. Other local districts soon followed, including Fisher Park in 1982 and Aycock in 1984. Also in 1980, the Guilford Historic Preservation Commission was created to recognize important landmark properties throughout Guilford County.

In 2005, advocacy for modern architecture resulted in The Loewenstein Legacy, a weekend-long celebration of the work of Greensboro-based architect Edward Loewenstein. Hundreds of participants attended lectures and toured his designs in one of the earliest modern-centric events in the state. Inclusiveness and holism, two terms borrowed from the environmental movement that describe a community as a whole and more than the sum of its elementary parts is used to describe modern preservation efforts. Projects have included assistance in developing the Aycock Neighborhood Master Plan in 2002 and the Dunleith Charette in 2009, partnerships with other organizations to accomplish the Radical Renewal makeover project at 223 South Elm Street project in downtown Greensboro, exploration of future uses for War Memorial Stadium, and development of a community preservation plan to guide new growth in the future.

Today, creative partnershipships lead local historic preservation initiatives. For private investors, economic incentives in the form of tax credits and abatements are a key component of Greensboro’s preservation movement. From the non-for-profit Development Fund, strategic alliances with private and public groups have enabled the propervation of properties that would have otherwise been destroyed. Although the days of generous government grants to fund preservation projects are likely long gone, preservationists find tax credits helpful to work with. These “tax act” projects are administered through the North Carolina State Preservation Office, including both income and non-income producing properties. In addition to tax credits, Guilford County offers an historic property designation program that accompanies a property tax deferral. This deferral, which has no expiration date if guidelines are adhered to, assists property owners in upkeep and maintenance of their historic properties.