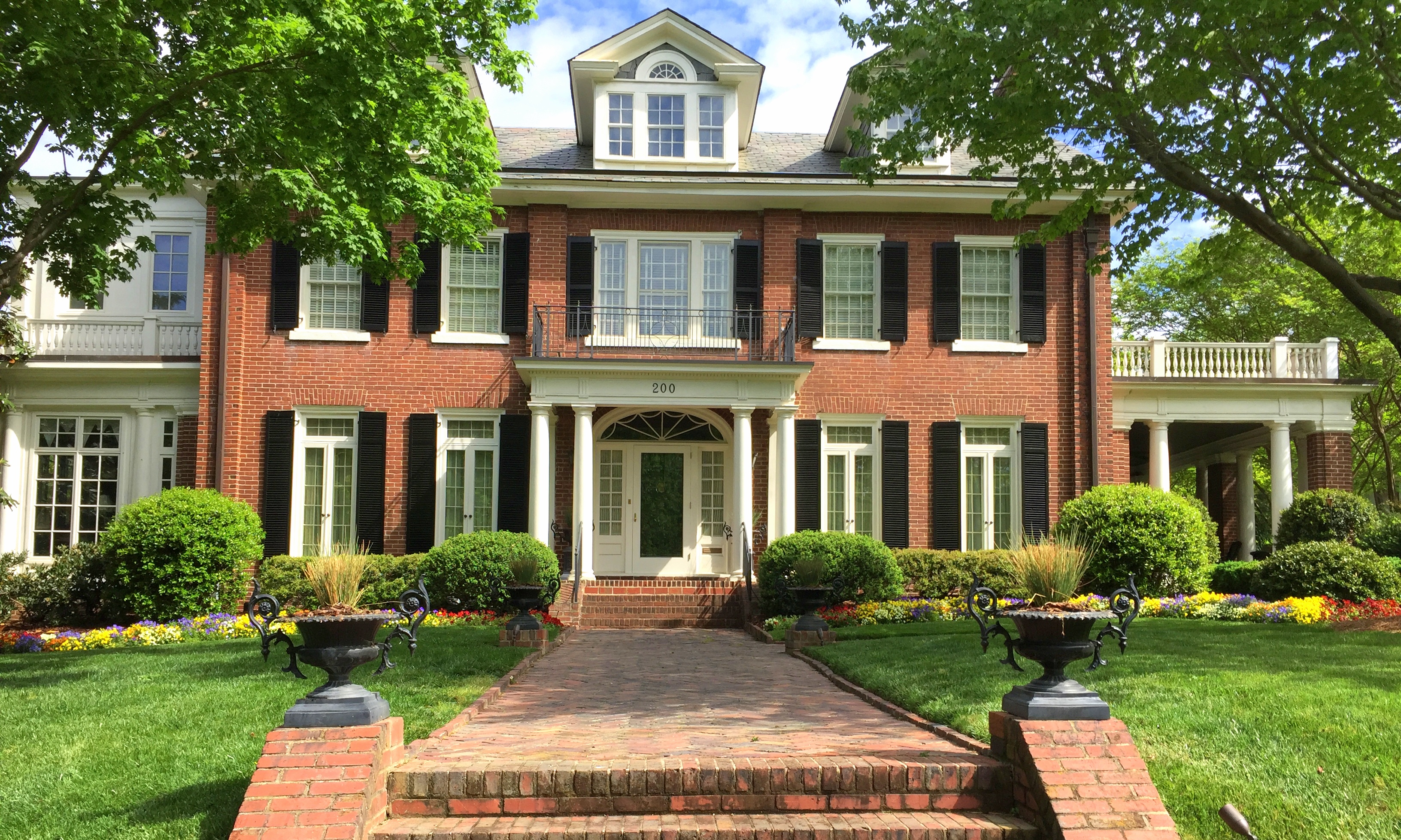 A grand Colonial Revival residence at 200 Fisher Park Circle, this house was built around 1913 for Mamie and Edgar D. Broadhurst, a justice of the peace and superintendent of public schools. Broadhurst began construction of his home overlooking Fisher Park as early as 1912 when he and several others petitioned the city

to extend water mains along Fisher Park Circle to their home sites. By May 1913, the Greensboro Daily News reported, “Mr. and Mrs. E.D. Broadhurst and little Miss Martha [their daughter] have moved into their handsome new home in Fisher Park. This house is imposing and modern and the interior is beautiful and artistic in its every appointment.”

Broadhurst (image, right) was a well-known trial attorney in Greensboro. His address to the graduates of Pomona High School in 1913 was titled, “The Life Purpose.” He spoke about the importance of strong character, referenced in the newspaper saying “properly developed, as essential to success in any field of endeavor, making an eloquent plea for nobler aims and higher ideals.” Mamie Broadhurst held a community role typical of women of her income level, sponsoring nursing and relief drives and holding memberships in garden and book clubs. Their home was the scene of many social engagements.

The house is evocative of early American architecture, its design inspired by blending Georgian and Federal features. Borrowed from Georgian architecture are robust Tuscan porch supports and oversized dormer windows, the centermost featuring a Palladian window. Federal elements include a main entry flanked by sidelights and topped with a delicate fanlight, a classical balcony with wrought iron, and jack arches above the windows. The 6,000 square-foot house enjoys an unusually deep lot, allowing for extensive landscaped gardens, brick walks and planting beds to the rear.

In 1916 The Greensboro Patriot reported, “Mr. E.D. Broadhurst has sold to Mr. W.D. Meyer his handsome home in Fisher Park. The property has frontage of 165 feet on Fisher Park Circle and the residence, which was built a few years ago, is one of the finest dwellings in Greensboro. The price paid for the property is understood to have been in excess of $20,000.” Etta and William D. Meyer owned Meyer’s Department Store on South Elm Street, one of the first department stores in the city to discover the profitability of impulse buying by displaying merchandise on the sales floor instead of restricting access to salespeople.

Betty and Joseph Guill bought the home from Catherine Shaw in 1955 and lived there with their family until they died in 1996. Joseph Guill was president and engineer of Starr Electric Company, a major commercial contractor in the city. During the 47 years the family owned the house, five generations enjoyed the home

and Fisher Park. In their honor, their son Bill Guill and their daughter Betty Jo Hill restored the home and in 1997 gained recognition for it as a Guilford County Landmark.  The restoration was featured in three issues of “Restoration Style” magazine in 2000.

Today, the Broadhurst House is the home of Dr. Ranjan Sharma and Stacy Lawson. Ranjan and Stacy are world travelers, integrating their interests in collecting into their interior design. The result is an eclectic blend of art, sculpture, crafts, and antiques that reflect a global perspective. The house is included as part of both the Fisher Park National Register Historic District and the local district.

This house was opened to the public in 2017 as part of Preservation Greensboro’s Tour of Historic Homes & Gardens.