Rezoning Denied, But Fate of Commencement House in Question 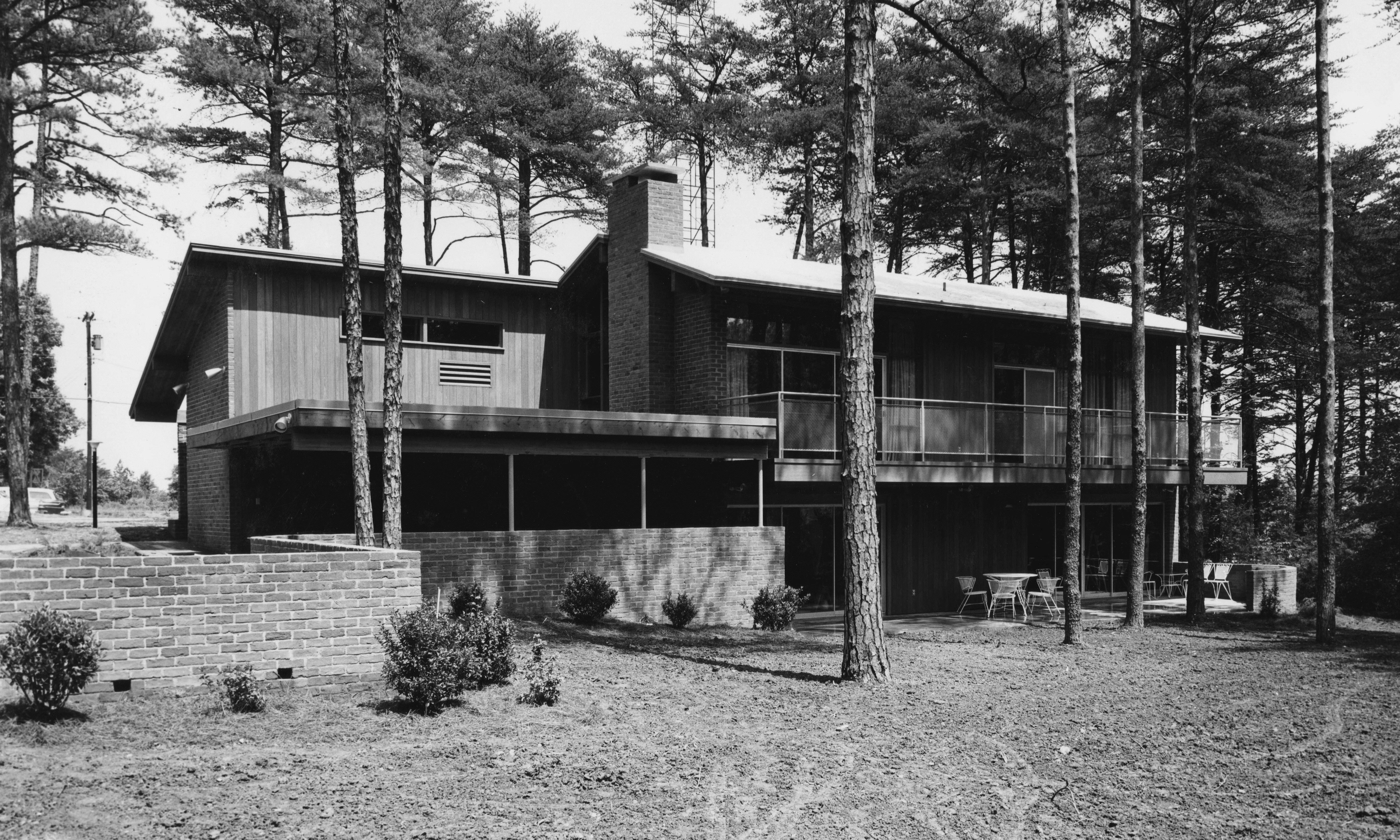 City Council reversed the Zoning Commission’s approval to rezone property near the corner of North Elm and Cornwallis Drive to allow for condos, but questions linger over the future of the Commencement House, an historic property of modern design and historic significance.

The rezoning request for the property would have cleared the way for two residential structures, each containing 12 units to be constructed on the site that adjoins single family residences to the west and north, a church to the east and a bank to the south. The project would have resulted in the demolition (or at least dismantling) of the Commencement House.

Several residents from surrounding neighborhoods fought off earlier plans to redevelop the site for commercial or medical use. Some saw redevelopment of the property for residential multi-family use as a compromise to more intense development; others felt the importance of the Commencement House was too high for it to fall as a casualty of higher density.

Developer John Stratton placed a number of conditions on the site that sought to win neighborhood support, including architecture that was seen as complimentary to the neighborhood, landscape buffering, and a 45-foot height limit for structures.

However, opposition to the development focused on the fate of the Commencement House. With numerous examples of infill development around Greensboro that preserved history, including the Rankin King Farm, Wafco Mills, Southside, and the Gardens at the Anthony House – why could this project not follow suit?

A protest petition filed by two adjoining property owners required council to approve the project with six votes. Council voted 3-4 in opposition to the rezoning and the request was denied. However, some last minute wrangling and vote redistribution could leave the door open for another vote on the matter in the future, and under a newly elected city council set to meet for the first time on December 1.

In the meantime, the Commencement House remains vacant and no plans are in place to preserve the site. Whether the issue is returned to council for a second vote – and whether it wins approval at that time – or not, the historic house is deteriorating and the cost to restore it are rising.

Historic preservation can be about saving an old house from deterioration. It can also involve the conservation of architectural features that are authentic and contribute to a sense of history and place. Increasingly, however, historic preservation is about site use and zoning. When a residential property is allowed to take on higher density, the likelihood that the structure will find its way into the city landfill is dramatically increased.

As the future of the Commencement House is decided through political cogs, a facet of Greensboro’s unique and irreplaceable history finds itself on the line.

56th Annual Meeting Takes Stock, Recognizes Accomplishments, and Inspires Future
February 10, 2022
Please Join Us!
Did you know? As Greensboro’s only not-for-profit advocate for historic preservation, we receive no funding from city, state, nor federal sources. Our success is based on your support. Members receive two free passes to Blandwood, and much more. Preservation Greensboro is among North Carolina's oldest city-based organizations dedicated to saving our community's architectural treasures!
Join Us!
Go to Top
Loading Comments...