Rebuilding Greensboro One House at a Time

The Preservation Greensboro Development Fund continues focusing on the preservation and renewal of the Asheboro Square neighborhood. Its most recent acquisition is a charming Craftsman bungalow at 926 Bellevue Street known as the Olive and Ross Bowman House. 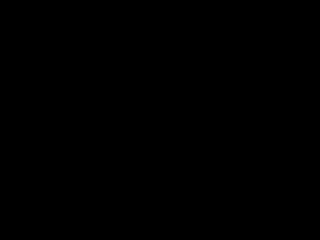 The house was given to the Fund by Keith Bowman, a native and resident of Greensboro. Bowman didn’t want to see the house destroyed, and saw the Development Fund as the only way to save the historic structure. The Fund was established in 1988 to preserve historic sites throughout the Gate City. Past projects include the Bumpass-Troy House in College Hill, and the D. P. Foust House in Whitsett. Over the summer the Fund began marketing the Breeden House on nearby Randolph Avenue.

The bungalow was built in 1923 by Keith Bowman’s newlywed parents Ross (1894-1972) and Olive Bowman (1895-1981). The couple met while growing up in the Tabernacle community of southeastern Guilford County. Ross was the son of a farmer, with a penchant for catching catfish with his bare hands – a trick he learned at the community’s Company Mill. Olive was the daughter of the Company Mill’s owner, and the two were married in the parlor of her parent’s house upon Ross’s return from service in France during World War I.

Ross made a living as a carpenter, by framing new houses (including his own) and milling customized cabinetry. He built homes across Greensboro, including projects along Westridge Road for the Lane family and homes along Madison Avenue just north of West Market Street. The couple had two boys, Truman and Keith. Elder Truman died in a motorcycle accident in 1945, and younger Keith was active in the service. 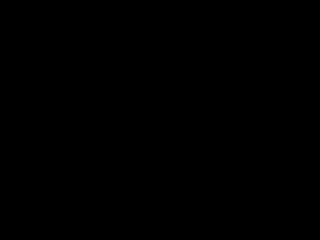 Their home is an exceptionally well-preserved classic bungalow, featuring the low-pitched roof, wide eaves with diagonal braces, and generous front porch that is evocative of structures in tropical South and East Asia. Typical of the period, the house features an open floor plan with large public rooms as well as a master bedroom suite on the first floor. The second floor features unpainted beaded-board finish for the boy’s rooms, in tandem with hidden cubbies and closet spaces. The Bowman family saved the building permit for the house, dated August 14, 1923 (image, right).

Over the years in their bungalow, Ross and Olive made numerous contributions to the community. Throughout his career in carpentry, Ross worked on increasingly prominent projects, ranging from renovations at the downtown theaters to department store redesign. He served as a president of the local Carpenter’s Union, and enjoyed fishing and hunting in his spare time. Olive kept the home and children, but found time to volunteer at Calvary Methodist on Asheboro Street where she taught Sunday school for 40 years!

Keith Bowman preserved the house after his mother moved away in 1974 out of respect for his father’s handiwork. In his efforts to avoid property management issues, and in light of city’s strict building standards, he donated the property to the Development Fund. The Fund will now identify a third party to purchase the house and rehabilitate it for residential use.

The rehabilitated house will be protected in perpetuity by preservation covenants administered by the Fund. Representatives of the Development Fund worked closely with Bowman to craft covenants that will protect the house’s primary exterior features and some interior features while allowing flexibility for it to be rehabilitated in a manner that will make it comfortable for a family to reside in today.

The Development Fund is proving to be a useful and productive tool in the redevelopment of historic structures throughout the city. Though efforts currently focus on the Asheboro Square neighborhood, the Fund is also working on projects in other parts of the city. Stay tuned as Preservation Greensboro and the Development Fund forge new partnerships that result in strong neighborhoods and community revitalization.