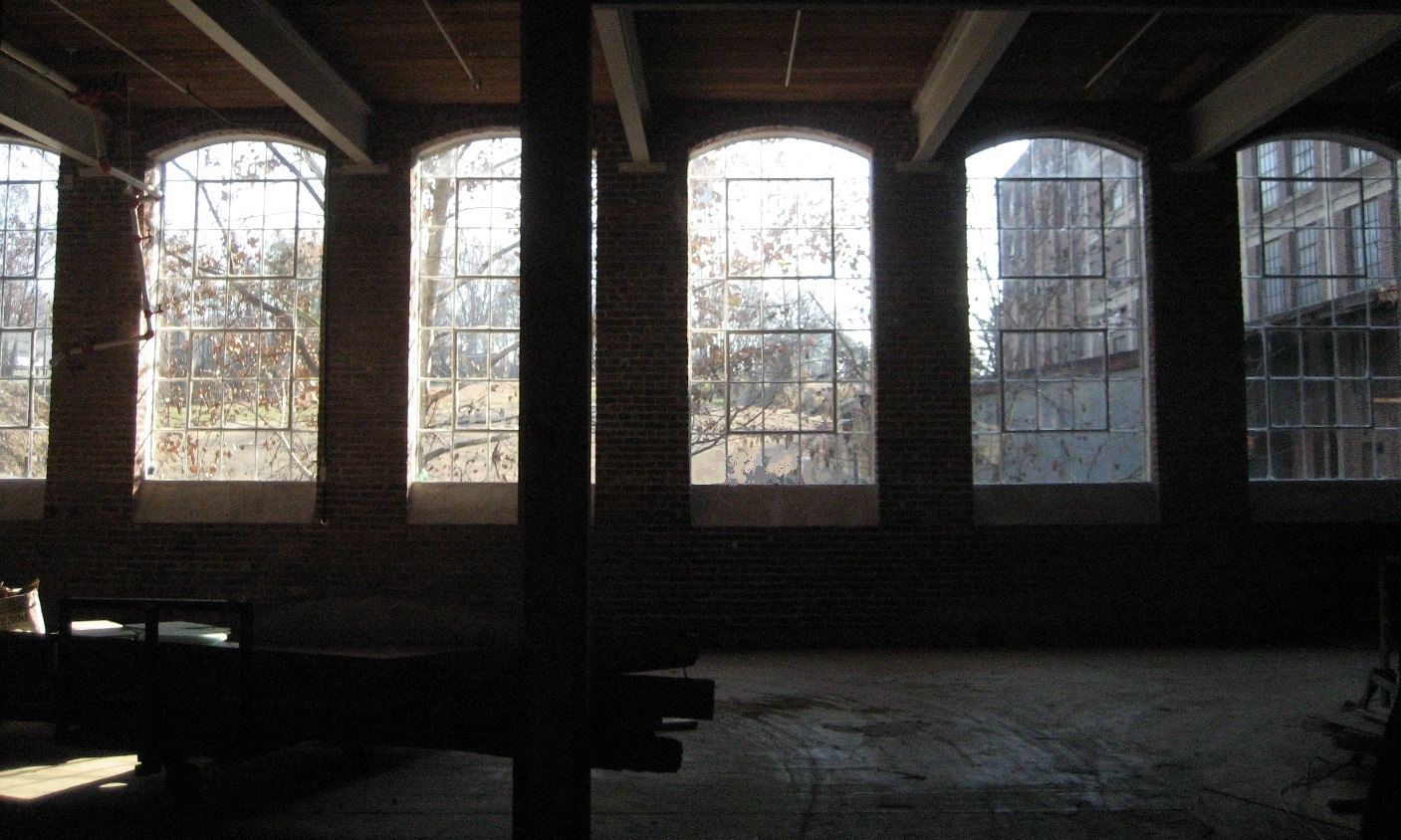 In almost every measure, it’s the biggest.

No matter what terms are used to describe this project, there is no doubt that this is the most substantial preservation project in the history of the Greensboro. With a projected final price tag of $130 million, and incorporating nearly one million square feet of mills and warehouses in the northeastern section of the city, the renovation of the Revolution Mill complex at 1200 Revolution Mill Drive and adjoining mills and warehouses will redefine Greensboro in the twenty-first century…much as the mills redefined the city in the nineteenth century.

Comprehension of the scope the project is daunting. In the past 35 years, the North Carolina State Historic Preservation Office estimates $28,190,404 has been spent on historic preservation projects throughout all of Guilford County. This includes high-profile projects, including the sprawling Tomlinson Furniture/Market Square complex in High Point and the conversion of Greensborough Court Apartments. The Revolution project exceeds all past expenditures combined by a factor of four and exemplifies Greensboro’s commitment to history, especially in contrast to the wholesale destruction of Cannon Mills in Kannapolis.

When completed, the Revolution Mill complex will consist of a mixed-use city-within-a-city, composed of office, retail, commercial, and residential space. The developers, Jim Peeples, and Greensboro contractor Frank Auman, estimate there will eventually be between 1,500 and 1,800 workers in the complex, coupled with über-trendy residential units that will flank an extension of the city’s greenway system along the nearby Buffalo Creek. The entire campus will be united with the common theme of historic brick walls, 15-foot high ceilings, worn wooden floors, and massive windows that let in copious amounts of light.

The Revolution Mill complex represents an important chapter in the development of Greensboro as one of the largest cities in North Carolina. The mill was a keystone of Tennessee-born brothers Moses and Ceasar Cone’s textile empire, established in Greensboro after observing opportunity in the rapid expansion of the southern textile industry. Revolution Mill (so named for the “revolutionary” idea of manufacturing flannel here in the American South) was founded in partnership with Emanuel and Herman Sternberger and quickly grew in success and national stature. By 1930 the mill was the largest exclusive flannel producer in the world, and representing the diversity and innovation of Greensboro’s textile interests.

Most of the buildings related to the Revolution Mill complex were erected within three major periods of expansion beginning in 1900, when the company began operations. The second period of building in 1904 saw the initial mill doubled in size. The final major expansion in 1915 witnessed a second doubling in size. Nearby mill complexes such as Olympic Mill and White Oak Mill mirror Revolution in materials, appearance, and association.

Today, large windows, brick firewalls, heavy timbers make these mills flexible and highly sought after for adaptive reuse projects. The entire complex was placed on the National Register of Historic Places in 1984 based on its associations with early industrial development in Greensboro, the Cone and Sternberger families, and its distinctive construction techniques. The National Register designation is crucial to the project, since Peeples and Auman have sought to tap into available federal and state preservation tax credits. Roughly $14 million in historic tax credits are available for early phases of the project, and the entire project will likely qualify for more. The partners were able to market the tax credits nationally, selling them to Chevron, which infused the project with capital.

Appropriate to its rank as the number one preservation project in Greensboro, the 42nd Annual Meeting of Preservation Greensboro will be held in the newly opened Event Center at Revolution Mill. We are excited to have the opportunity to hold our event in an historic structure that has meant so much to our city’s history, and on which so much of our future hangs today.