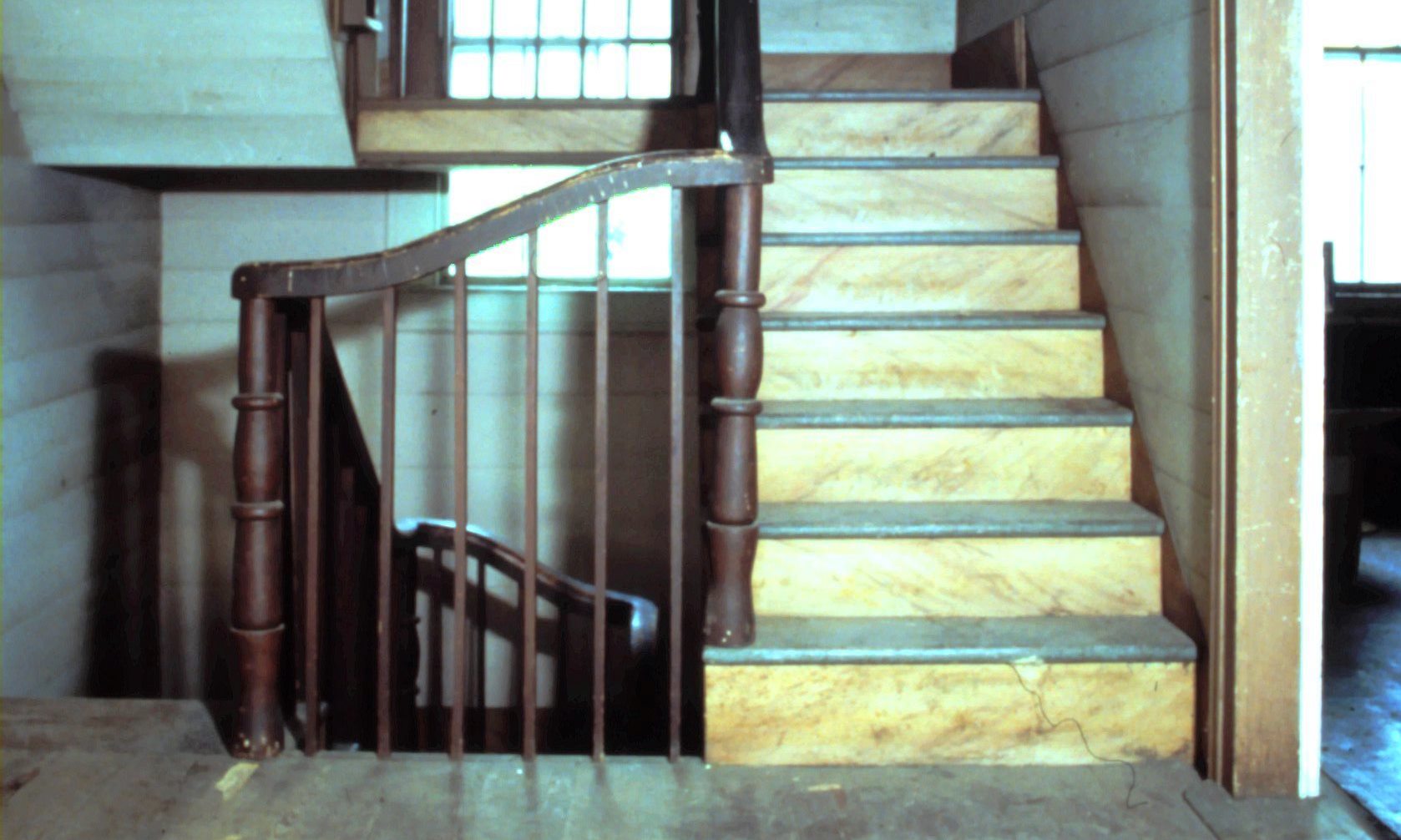 The 1850s were exciting times in Guilford County as surveyors worked to chart the future path of the Great Fayetteville and Western Plank Road and politicians such as resident and former Governor John Motley Morehead lobbied for the construction of the North Carolina Railroad. The highest point along the proposed rail line happened to also be where the two thoroughfares intersected in southwestern Guilford County; hence, the location earned the name “High Point.” Connecting Goldsboro in the east to Charlotte in the west by rail opened a vast section of the Piedmont that had been backwater replaced muddy stagecoach trails that took weeks to navigate. Completion of the new roads through the region brought access to new markets and facilitated easier access to other areas of the state and beyond. As a result of this increased prosperity, farms were improved, schools were founded and a new era commenced. Guilford native Colonel W.A. Blair recalled,

The influence of the road upon the manners and customs of the people was striking and interesting. They were able to send produce, their dried fruit, beeswax and other commodities to the markets and people began to put on airs, dress better, move their pig pens back of their houses, fix up their homes, yards and garden, grease their boots and harness, curry their horses and quit using the old accustomed designation “meat sop” and called it “gravy”!

Exemplifying this period of reform was tanner and merchant Elihu Mendenhall. A member of Deep River Friends Meeting (Quaker), Mendenhall constructed a large addition to his house in the Deep River community north of High Point around 1855 and borrowed from both traditional and contemporary models. His house was a center of culture in the community, serving as a school for the children of freed slaves, a gathering place for young people and an accommodation for visiting Friends. Mendenhall embellished his grand two-story, five-bay, double-pile frame house with traditional Greek Revival details such as two-panel doors and post-and-lintel mantels. Simultaneously, the house displayed contemporary picturesque period porch lattice and exposed rafter tails that were popular in the region, due to architect A.J. Davis’s design for Blandwood in 1846. The example is one of many from the period that reflect the Piedmont’s progressive spirit, first demonstrated in Guilford County with Davis’s influential designs in nearby Greensboro.

The oldest portion of the Mendenhall House is likely the one-story rear wing oriented westward to face the Cape Fear Road, now Johnson Street. This wing contained a hall and parlor–plan and a massive central chimney (image, right 1993). Though no records exist, it is likely that this two-room house was constructed by Quakers Miriam Hockett and James Mendenhall on land given to Mendenhall by his father Elijah around 1793. Elijah was a son of James Mendenhall, after whom nearby Jamestown was named.

James and Miriam’s twelfth child was Elihu Emery Mendenhall, born in 1817. After attending New Garden Boarding School, Elihu married Anna Hill of Back Creek Meeting in neighboring Randolph County in 1841. In 1845, the house passed to them, and prior to the Civil War they had the large two-story portion of the house constructed. Sited amidst a sweeping lawn, the timber frame house stands prominently overlooking Skeet Club Drive near its intersection with Johnson Street. The house takes many features from the then-popular Greek Revival style of architecture, including a double-leaf front door flanked by sidelights and transom, a temple form front porch, six-over-six windows and post-and-lintel mantels. The family took liberties in embellishing their otherwise simple house with flourishes made popular by New York architect A.J. Davis, who designed Blandwood in nearby Greensboro. The romantic elements include wide eaves with exposed rafters and lattice porch supports with scalloped brackets. Interior appointments were rich, including marbled baseboards, mantels, and stair risers (image, right 1993) as well as grained doors.

After first wife Anna Mendenhall’s unexpected death on December 23, 1856, Elihu joined the Board of Trustees of the Florence Female Academy, located in the village of Florence four miles east of the house. His second marriage was to Abigail Hill in 1859, and the couple was well regarded in Deep River for their hospitality as well as their convictions. For several winters after the Civil War, Abigail taught the children of freed slaves in her yard, and more than once Elihu was warned that he would be hanged for his Union principles.

After Abigail Mendenhall’s death in 1916, her son Elihu Clarkson (Clark) Mendenhall sold the farm to Floyd and Edna Venable three years later. The Venables moved into the house on Christmas Day and converted the homeplace into Northview Dairy Farm. A barn was reconstructed on site from elements of the nearby Bennett’s Mill. The operation was later purchased by the Blair family and produced milk and cream for several customers in High Point, including the Sheraton Hotel, through the name Blairwood Dairy.

The Mendenhall House was badly deteriorated by 1993, when it was purchased from the Blair family and restored for speculative resale. The two-year restoration preserved the original floor plan and decorative treatments while adding three full bathrooms and a spacious new kitchen. The house was recognized as a Guilford County Landmark property in 1993, and sold to Anita and Gene Lewis in 1999. It remains a private home today.