One of Lindley Park’s Oldest Homes on Tour 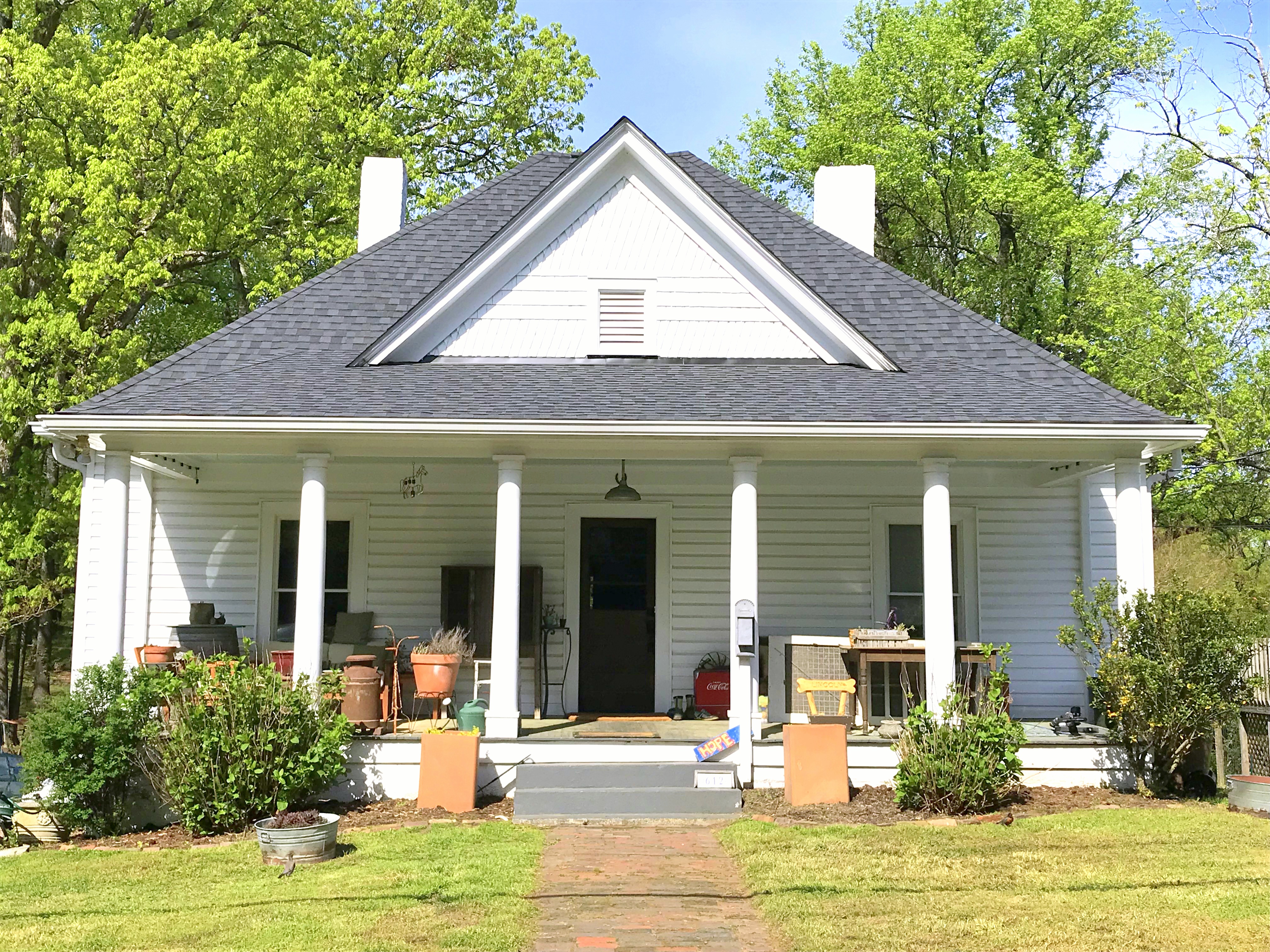 This modest frame house was likely constructed between 1913 and 1916, either by Roxie and Walter Hines, or by later owners Lucy and Thomas Hoyle. The Hines-Hoyle House, located at 612 Northridge Street, was part of an early Lindley subdivision known as Park Place, platted in 1902. The property was subdivided in anticipation of the electric trolley that began service in 1902, but property sales were quite slow due to the subdivision’s location far from the city center. Walter Andrew Hines was veteran of the Spanish-American War and employed by Lindley as a nurseryman who cultivated plants for wholesale. He and his wife, Roxie Edwards, were married in 1906, and lived close to the railroad on today’s Oakland Avenue as late as 1910. The young couple acquired land near this house in 1913 and started a family of three children: Bynum, Sherman, and Maude. The Hines’ owned the property for only three years before Walter found employment at Reynolda House in nearby Winston-Salem by 1918, where he worked for nearly ten years. In the 1920s he took a position at the Cone Estate on Summit Avenue where he worked for 35 years.  Subsequent owners Lucy and Thomas Hoyle owned the house until 1921. Hoyle was a prominent attorney who later resided in a large frame house at 2318 Walker Avenue.

Charmingly rural it is presentation, this one-story, frame house stands as one of the oldest in the neighborhood. It is sited close to the street in a manner typical of the period. Many characteristics link the home’s design to that of nineteenth-century rural farmhouses, including a symmetrical façade, a full-width front porch, and a central gable roofline. Interior appointments continue the rural character of the house, including beadboard-covered walls (some never painted!), surrounds with corner blocks (also known as “bull’s eyes”), and architectural features salvaged from other period houses through our ASG showroom!

Kimberly Cassidy, a UNCG graduate student enrolled in Jo Leimenstoll’s class IAR/HIS 624 added: I was unable to obtain any information regarding the builders of the home and the original occupants. During my interview with current owner Margaret Winslow, I was enlightened on some information regarding the Powell family who were the inhabitants for the longest stretch of time. The Powell family was an intergenerational family that lived at 612 Northridge street from 1947 until 2009 when Margaret purchased the house. The Powell family split the home down the middle with dividing walls to separate the home into two halves or a “possum-trot plan”. At some point between the 1930’s to the 1950’s the back half of the house was added. The date is not confirmed of this addition but did occur as you can see in old roof line complete with shingles in the attic and in the kitchen, there is an old exterior wall featuring the original wood siding.  During renovation done by Margaret, there were letters found by members of the Powell family in the walls.

Storybook Tudor in Lindley Park Open for Tour
May 1, 2019
Please Join Us!
Did you know? As Greensboro’s only not-for-profit advocate for historic preservation, we receive no funding from city, state, nor federal sources. Our success is based on your support. Members receive two free passes to Blandwood, and much more. Preservation Greensboro is among North Carolina's oldest city-based organizations dedicated to saving our community's architectural treasures!
Join Us!
Go to Top
Loading Comments...