Letting the Pictures Speak: A New Model For Preservation 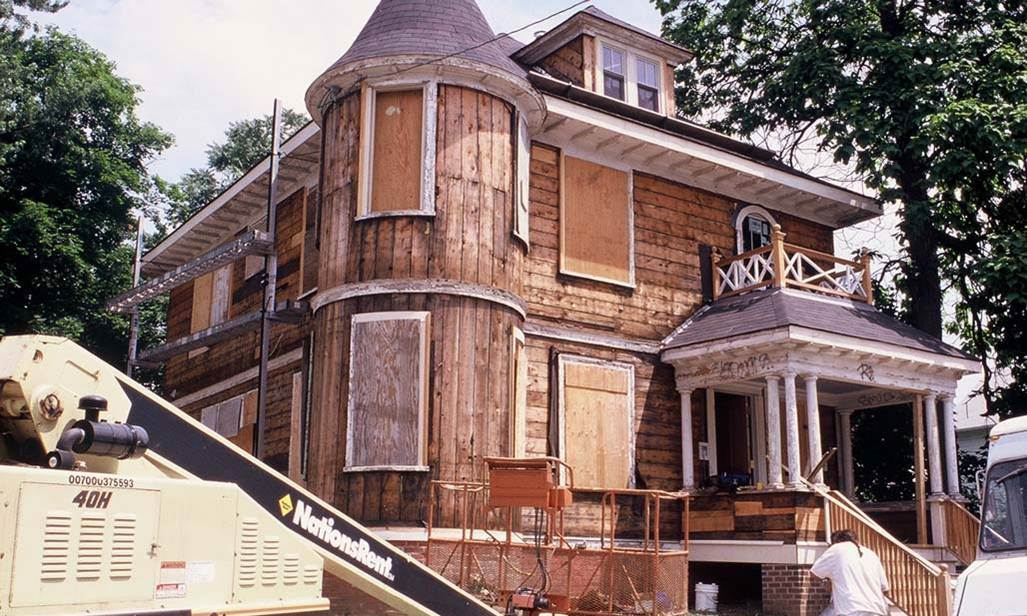 For our Annual Meeting this week, the membership and friends of Preservation Greensboro were fortunate to have Clark Schoettle here in the Gate City to talk about historic preservation, reinvestment, neighborhood renewal, and community development. Clark has served as Executive Director of the Providence Revolving Fund in Rhode Island since 1983. His presentation was fact filled, but his pictures presented the evidence of his efforts on their own.

My introduction to Providence Rhode Island came when I was a graduate student, working towards a degree in historic preservation at nearby Boston University. One of the classes I took at BU was Real Estate Development and Adaptive Reuse, taught by Roger Lang of the New York Landmarks Conservancy…and it was through this class that I met Clark Schoettle. While other class teams fought each other over projects in the city of Boston, I encouraged my little group to look an hour down the road to Providence. There, Clark helped steer us to a great industrial property, an 1830s stone factory with impressive windows and long shed skylights, on which we began an effort to complete a feasibility study of, and hopefully help preserve. The project was a great learning experience, and our pet project, the Phenix Iron Works, did end up being preserved and still stands today.

In working with Clark in Providence, I learned the city is quite similar to Greensboro. Both cities have a strong Quaker background, both have a flagship neighborhood called College Hill. Both have deep history with textile manufacturing, and in both, you could meet a friend downtown at the corner of Washington and Greene streets! Both cities have been struggling with their declining industrial bases. Both have great affordable neighborhoods stocked with historic houses. Both have strong downtowns and strong colleges and universities. Both are known, through the Providence Revolving Fund and Preservation Greensboro, for historic preservation.

So it was logical to look to Providence for ideas on progressing historic preservation here in the Gate City.

Their’s is an urban model to facilitate the preservation and reuse of historic buildings, many of which are located in low- and moderate-income neighborhoods. A few lessons Clark taught us in constructing our own preservation fund:

• Make loans in Downtown for development loans and storefront improvements through partnerships with other stakeholders.

• Sponsor affordable housing in private development projects to increase the livability of our city.

This revolving fund has built a national reputation for building strong neighborhoods, with special attention to low- and moderate-income neighborhoods. The Fund is directly involved in the revitalization of historic places in Providence through the use of rehabilitation loans, home ownership, development assistance, and partnerships with private and nonprofit groups. As our audience learned this week, they do this by representing themselves as a proactive, relevant, and positive agent for change and improvement in Providence.

This is the future of preservation in Greensboro.