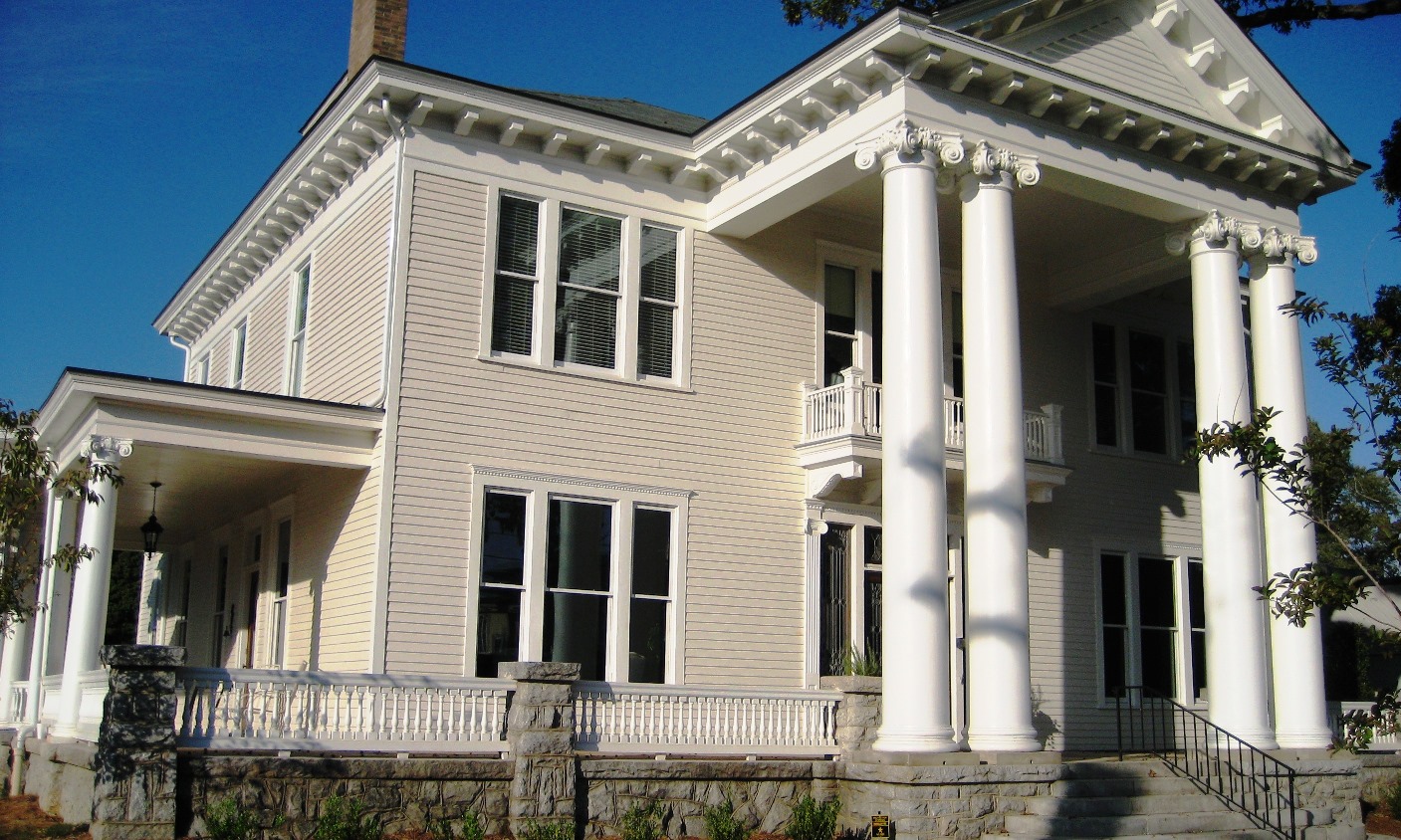 If you want a chance to peek into one of High Point’s classical homes, you will have a special opportunity on Saturday.

The Junior League of High Point has just completed renovations to the Briles House on North Main Street in time for its 100th birthday. The neoclassical-style house is now the home of the local chapter of the Junior League. Crafts and snacks will be available for kids, and adults will (hopefully) enjoy tours of the main public rooms of the Briles House conducted by yours truly. The house will be open from 10:00am to 2:00pm, but my tours will only be given between 11:00am to 1:00pm (a guys voice can only go so far).

The Briles House was one of the earliest houses built along North Main Street, erected in 1907. Though High Pointers initially teased the Brileses that their home was located halfway to Winston-Salem, the Briles House inspired the construction of a parade of magnificent houses along upper Main Street, many of which remain today along with their prototype.

The house was built by Bertie Wallace and Lee Briles, who returned to the area from Florida in order for Lee to be head cashier at the North Carolina Savings Bank and Trust Company. Lee Briles passed away early in life, but his family remained in the house for nearly one hundred years until the death of Ruth Briles in 2002.

Ruth Briles recalled that her parents retained Richard Gambier, a French-born Greensboro architect to design their large Southern Colonial mansion. The resulting residence stands today as an excellent example of Neoclassical Revival architecture, demonstrated by its monumental Ionic entrance portico, the full modillion cornice and tripartite windows on the main façade. The city once contained more than twenty houses constructed before 1920 with monumental porticoes, but the Briles House remains today the sole survivor of this group of early grand High Point houses.

The house also is notable for its foundation of Mount Airy granite and its cypress siding. The main entrance features hand-crafted lead glass windows that were cut and formed to fill the front hall transom and sidelights. Above the front door, the beveled glass forms the face of a lion. The interior features a center-hall plan, quarter-sawn oak floors and trim, pocket doors, wainscoting and anaglypta wallpaper.

The Junior League purchased the home from the Briles estate in 2004, and commenced on renovating the house for the organization’s needs. A similar effort might be starting here in Greensboro with the historic Albright House on West Friendly Avenue, constructed around 1870.