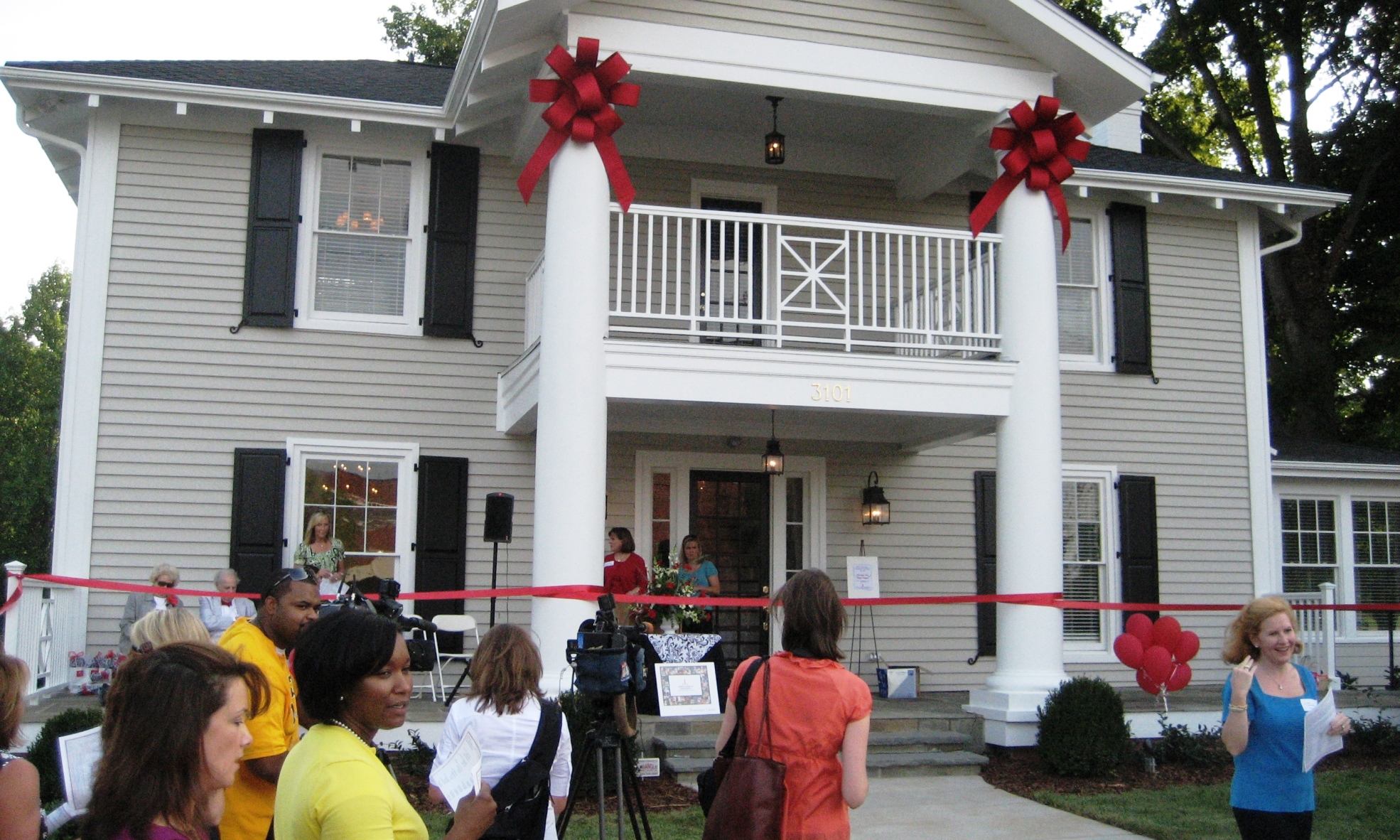 The Junior League of Greensboro held a ribbon cutting ceremony for the recently restored Historic Albright House at 3101 West Friendly Avenue. With the snip of scissors, the charitable organization became its own landlord, and owner of one of North Carolina’s most distinctive Junior League headquarters.

The League itself is historic, incorporated in 1926 as a local chapter of a national network of charitable initiatives driven by women. In the past 80 years, the Junior League of Greensboro has contributed millions of dollars to the Gate City entities as diverse as the Natural Science Center, the Gateway Education Center, the Greensboro Children’s Museum, and the restoration of Blandwood Mansion. The organization raises funds through membership support coupled with programs such as the Bargain Box retail shop at 122 North Elm Street.

With the restoration of the historic Albright House, the Junior League continues a tradition that has long been a hallmark for Greensboro. The house was likely built for Daniel E. Albright (1830-1917) and his wife Julia Kirkpatrick (1832-1866) upon their marriage in 1852. In preserving the ante-bellum farmhouse and adaptively reusing the structure for their headquarters, the League has preserved an important piece of our community’s character, personality, and history. A quick survey of other League headquarters – from Raleigh and Wilmington in the east to Charlotte and Asheville in the west – shows that the ca. 1850 Albright House stands head and shoulders above the rest in terms of age and venerability. The only such facility to rival Greensboro’s is the magnificent 1907 Briles House Junior League headquarters in High Point.

Greensboro has a great tradition of strong and capable women restoring important and historic buildings such as the Weir-Jordan House and Blandwood Mansion that contrast the character of the Gate City with other Carolina communities. On Tuesday, Greensboro took one more step closer to remaining true to its history, thanks to the Junior League.