If you can’t stop progress, you better learn to steer it 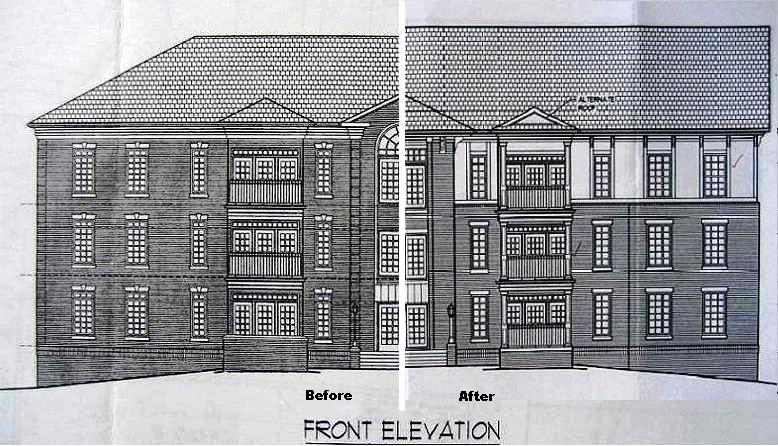 The Guilford Preservation Commission, recently spotlighted in newspaper headlines due to staff cutbacks, has continued its quiet and steadfast work of saving Guilford County history…as well as steering new development to be compatible with existing architecture. The most recent review, the redevelopment of the William Fields House property, has resulted in a project makeover.

In the summer of 1982, the William Fields House at 447 Arlington Street in Southside was recognized as a Guilford County Landmark property by the city council of Greensboro at the request of the Fields House owner. The house stood out of one of three Gothic Revival residences in the city, and one of a handful that stood when the first city map was completed in 1879.

The designation included the house and its deep lot that extended from Arlington Street to Murray Street in the rear. Large lots like this were once common in central Greensboro, as urban residences often incorporated rural practices such as vegetable and flower gardens, work sheds, and even livestock. Through the years, the house and its grounds changed little, surviving a tornado in 1936, and conversion to office space. The house was well-known as the headquarters for the Olde Greensboro Preservation Society in the 1980s and 1990s.

The Fields House was purchased last year by the development company that drove the Southside neighborhood redevelopment project, with plans to redevelop the Fields site. Though demolition is always a threat, plans for the house appear likely to follow established protocol and design standards set forth by the Secretary of Interior in order to qualify for state and federal tax credits. In recognition of this, weight began to shift with interest in design review of the undeveloped rear of the property.

The developer and builder, Bob Isner, proposed “Fountain View,” a four story building designed with neoclassical embellishments such as flat arches, quoins, and a Palladian window. This scheme, mirroring a project on North Elm Street (another Landmark property – the Country Club Apartments), was intended to bring some historical themes to the Southside site, and increase the diversity of architectural styles in the neighborhood.

However, the Commission had another suggestion for Fountain View. Why not unite the walls of the square by a common architectural theme, as is often seen in public squares such as Place des Vosges in Paris (pictured right) or Louisburg Square in Boston. By incorporating shared architectural elements, Southside Square would be strengthened as an outdoor space, and gain a stronger sense of place.

Bob Isner agreed with the suggestions of the commission, and enthusiastically went back to his designer, who incorporated established Southside Square design elements such as gabled rooflines, half-timberwork, solid window headers, and transoms with sidelights into the proposed façade.

In spite of the William Fields House losing an important element of its historic context due to the complexity of urban development, it hoped that its loss will amount to a small gain in the design and appeal of Southside Square. In this situation, the commission has influenced historic preservation and future development, both in positive ways.