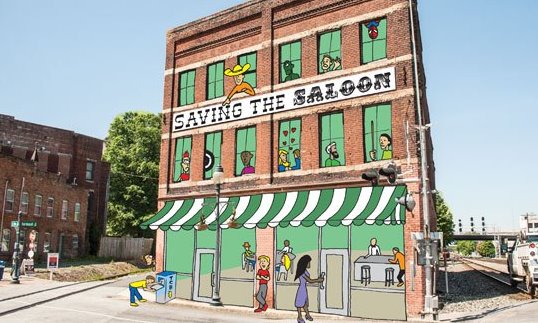 The three-story, brick building at 408-410 South Elm Street was included as part of the Downtown Greensboro National Register Historic District in 1982. In 2006 it was recognized as a local Landmark Property by City Council. It has been granted a Certificate of Appropriateness for demolition, twice. However, today the Cascade Saloon remains standing and may finally be saved through a resolution to be approved by City Council on June 4th. 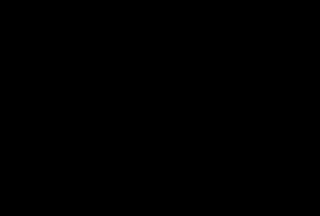 The building is unusual in that it is sited between two rail lines which allow for an unobstructed view of the building from the north, east, and south (image, far-right). Not only is it highly visible, but the site has three-levels of significance according to the Preservation Greensboro Executive Director Benjamin Briggs. “The Cascade is important,” he says, “because of its architectural style; its historical link to an important period of rapid development in Greensboro’s history; and its intriguing connection to the city’s African-American past.”

“Some buildings in downtown Greensboro,” Briggs explains, “are part of a larger family of architecturally-related group that could have been designed by the same hand.”  The Saloon also shares stylistic characteristics with several other downtown facades. For example, the Silver’s Building at 300 South Elm, the J. W. Jones Building at 345 South Elm, and the Shevell Building at 532 South Elm Street all share bands of granite trim window lintels and sills. These buildings were constructed between 1896 and 1898, the likely date for the Cascade Saloon.

The Cascade Saloon also represents an important era in the development of downtown Greensboro. Rapid commercial growth took place in the city as its population grew between the years 1890 and 1910. During that period, the crossing of South Elm Street with the railroads was the epicenter of commerce, with storefronts and warehouses surrounding the depot and its inbound and outbound freight of materials, supplies and people. “Greensboro became known as the ‘Gate City’ in those days because of the influence of the railroad and its connectivity to all parts of the State,” he says. 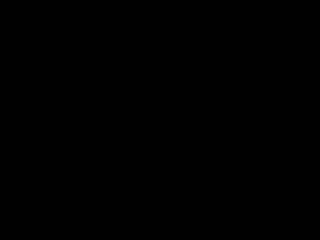 “This building represents so many facets of Greensboro’s history, we are right to spend more time to ensure its preservation,” says Briggs, who is quick to champion the building as a potential location for future investment and jobs for downtown Greensboro. “Preservation Greensboro has worked to save the building for the past nine years,” he says, “this could be a turning point.”

“Once the structure is gone,” Briggs says, “right-of-way issues will likely preclude any building on the site, so we will be stuck with a gravel parking lot thereafter.” City Council is expected to approve a resolution to restore the building at its June 4th meeting. If approved, actions will begin to prepare the structure for restoration.