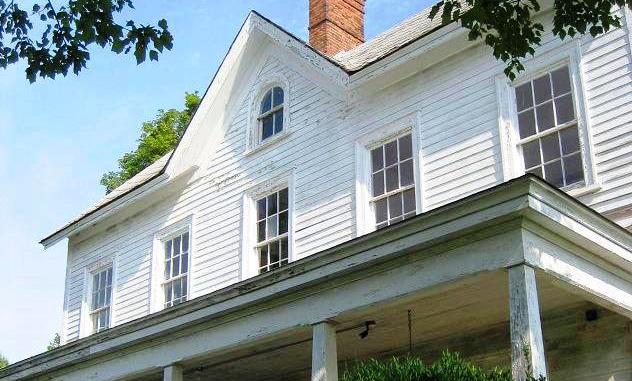 One of North Carolina’s most interesting Civil War-era historic sites has been given by its former owner to Preservation Greensboro’s Development Fund, which in turn plans to sell the property to a buyer who presents the best plan to preserve the property.

The Model Farm is located at 2058 Brentwood Street in the southern section of High Point. The house was constructed around 1867 just after the Civil War by Quakers, and stands as an important site representing Quaker history. It was important for providing new agricultural technology to farmers in the state that were suffering from the devastation caused by the Civil War. During the 1870s and 1880s, the farm attracted a great deal of attention for its progressive and innovative agricultural practices.  It was so successful that North Carolina Governor Jonathan Worth proclaimed the farm as the “only green spot” in the Carolinas.

The two-acre tract of land contains the original farmhouse, a 2,300 square foot home with many historic details such as a wide front porch, a three-sided bay window bay, and arched windows in the walk-in attic. Interior appointments reflect Quaker values of simplicity and include high-ceilings, plaster walls and ceilings, and running water. These amenities were novel in the South in the years after the Civil War. Due to the site’s deep history and unusual features, the property was listed on the National Register of Historic Places in 2010.

According to Benjamin Briggs, a resident of High Point and Executive Director of Preservation Greensboro, “we are grateful that Ruth and Bruce Whitten place such a value on our North Carolina Quaker heritage that they saw the opportunity to donate the house as a way to benefit the entire community. Their generosity will allow the historic Model Farm a chance to be reconditioned for future uses that will secure its place in the twenty-first century!”

Due to its historic significance, the Model Farm has access to tax credits and deferments. Tax credits from the State and perhaps from the Federal government could be incorporated into restoration plans depending on the property’s final use. In addition, the property is recognized as a Guilford County Landmark, a designation that allows for a 50% property tax deferment in exchange for preserving the historic character of the site.

The Preservation Greensboro Development Fund was initially formed in 1988 and completes its mission by acquiring ownership or other legal interests (such as preservation easements) in historic properties, or by identifying partners to rehabilitate and protect historic properties throughout Guilford County.  Its first project was the purchase and resale of the 1845 Troy-Bumpass House, a Greek Revival home in the heart of Greensboro’s College Hill historic district. The house was restored in 1992 and today serves the community as an inn under the jurisdiction of preservation easements. Recent projects include the sale of a Craftsman Bungalow in the Fisher Park neighborhood of Greensboro that had been under a demolition order to a purchaser who will restore it, as well as the relocation of several historic cottages in the Glenwood neighborhood of Greensboro to avoid their demolition in connection with the expansion of UNCG’s campus.