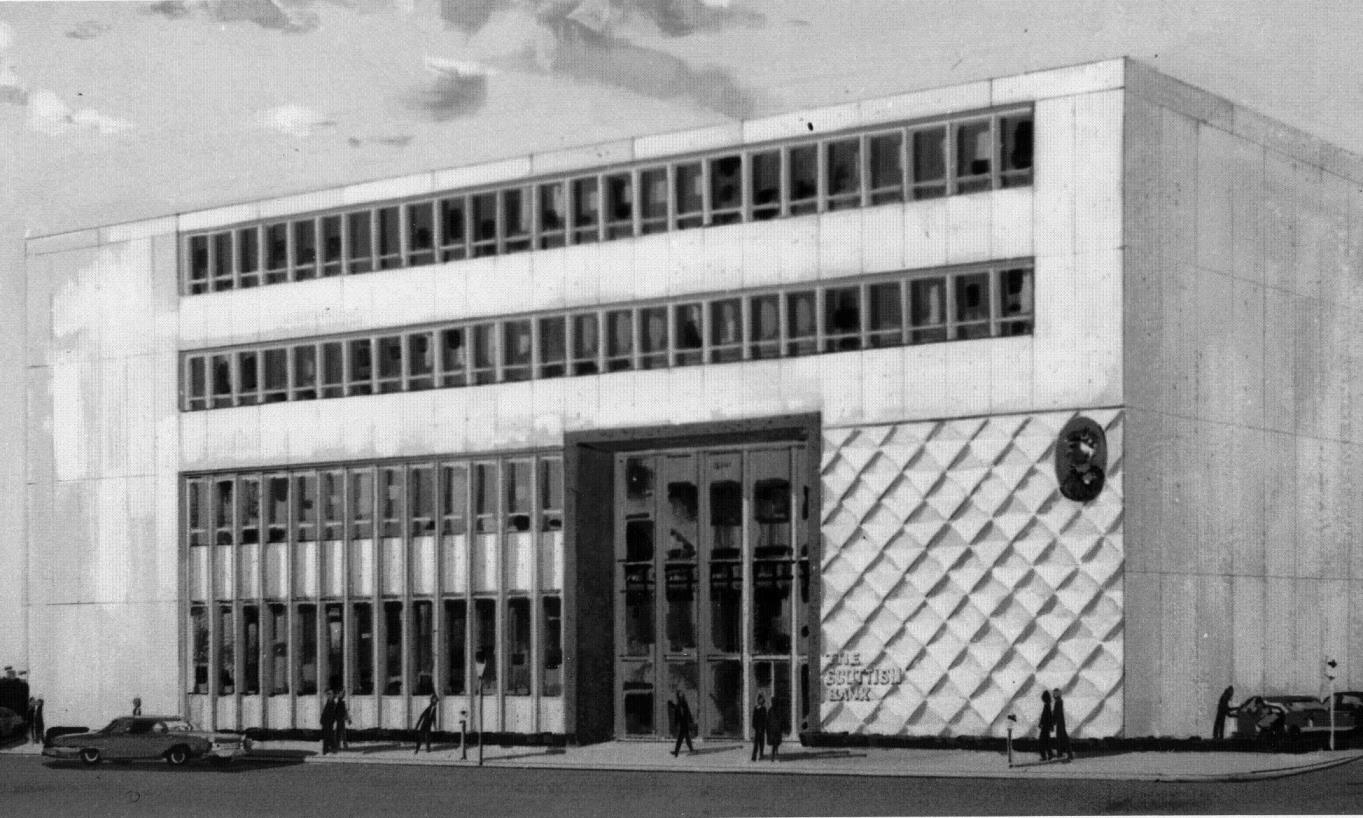 High Point lost a leader in architectural design last Friday with the passing of Robert W. Conner, at the age of 93. Bob was a native of Wilkes-Barre, Pa., where he was born on September 8, 1914. He grew up in Utica, New York, before attended Duke University, and later studied architecture at N.C. State College. He worked for legendary High Point architects Louis Voorhees and Eccles Everhart from 1948 until he opened his own practice in High Point in 1956.

Bob was so well-regarded in the community because he, among other High Point architects, incorporated national architectural trends into commissions in the Furniture City. Styles such as Modernism, New Formalism, and Neo-Expressionism would likely have never found their way to the streetscapes of High Point had it not been for Bob Conner. In fact, High Point’s position as a leader in North Carolina’s modernist movement can be credited to Bob and his fellow designers. 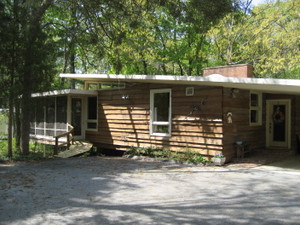 Among his earliest works is his own home (image, upper right), constructed in 1956 at 1405 Emerywood Drive. An avid environmentalist, Bob blended his home with its heavily wooded site through use of western red cedar sheathing and a low roofline. Inside the house, windows enjoy broad vistas into the woods, and walls are built of historic bricks salvaged from a demolished downtown building. The home is understated in design, yet features carefully chosen materials that express natural colors, textures, and patterns.

In 1958-60, Bob designed a two-story office building at 1813 North Main Street for Harold C. Bennett, owner of Bennett Advertising. The sleek and modern building was groundbreaking for High Point at the time, featuring a façade of multiple surfaces and shapes. The cantilevered second floor dominates the composition, featuring a masonry-framed border surrounding a recessed tile wall containing four ceiling-to-floor windows. An automobile passage supported by columns that widen as they rise skirts north of the building. The composition presents a remarkably modern face in the midst of later strip development of the 1960s and 1970s.

Around 1960, Bob designed an innovative structure for the Washington Street Branch of the High Point Public Library (construction image, center right). The inward-oriented structure presents pink Roman brick walls to the public streets surrounding the site. Rising one story, the walls are broken only by a ribbon of short windows placed high on the façades. Above the window band are turquoise-colored panels that rise to the roofline. The main entryway permits access from Fourth Street to a covered courtyard, richly landscaped and surrounded by generous windows. The building shelters its occupants from the noise of the surrounding city streets, yet opens into a controlled courtyard full of light and vegetation.

Bob designed an unusual church in 1960 for the First Reformed United Church of Christ. The sanctuary is sheltered beneath a striking parabolic roofline sheathed in copper, which has been allowed to oxidize into a soft verdigris color. The brick façade of the sanctuary, defined by the high arch of the roofline, features a large cross superimposed on a field of stucco. A freestanding spire rises to the east. The building stands as one of the most architecturally striking and progressive in the West End area.

He also designed a sleek Modernist building for the Scottish Bank in 1962 (image, lower right). Rising four stories over Hayden Place, the bank is constructed of a pale concrete, with walls on the east and west interrupted by bands of windows. The main entry, aligned to take advantage of clear sight lines toward Main Street, is in a recessed two-story glazed curtain wall accentuated by bold green aggregate trim and complemented by an expanse of small green and red tiles arranged in a textile plaid pattern. A broad plain of concrete stamped with a diagonal shingle pattern extends from the entry to the northeast corner of the building.

Around 1965, Bob designed a building for High Point’s only synagogue; the B’Nai Israel Synagogue located at 1207 Kensington Drive in Emerywood Forest. This unique Neo-Expressionism-style building established a sense of permanence as well as progressiveness for the congregation. The complex includes a large sanctuary complemented by an extended educational building to the north. The sanctuary rises to a height of two stories and is topped by a dramatically undulating roof. The concave stuccoed façade wall bears a menorah and the name of the congregation in Hebrew.

Among his other projects were designs for Ragsdale High School and Junior High in Jamestown, Grace Lutheran Church in Thomasville, First Union Bank on North Main Street, and Christ United Methodist Church.

During his career, Bob did what some architects can’t do today. He enticed clients to embrace the importance of good design and style, and was able to produce commissions that remain landmarks of their time throughout the city. His body of work expressed the wealth and sophistication of High Point during the 1950s and 1960s in ways few communities in North Carolina have the benefit of. The city is better for having Bob Conner contribute his life’s work in it, would it be that same could be said for all of us.